I am saddened this Veterans Day as I think about the freedoms we are losing in this country because of the Administration that is currently in the White House. We are losing freedoms that our military veterans have valiantly fought and defended for more than two hundred years so that all in this country could remain free.

It is especially heartbreaking to see how this Administration has and is continuing to disrespect the veterans of this country who have so honorably served. A few examples quickly come to mind.

First, former U.S. Navy Seals (and others) were left to die in Benghazi as they courageously fought the enemy to their dying breaths, while this President and his Administration seemingly did nothing to protect them. The United States Military would never leave their own to die without at least trying to save them. How could this President? I can’t remember a time in U.S. history when any president allowed his warriors to be slaughtered without even an attempt to send in reinforcements.

Secondly, Obama further dishonored veterans during the recent government shutdown by putting up barricades to keep them out of their own war memorials; memorials which honor fallen soldiers. Obama appeared to intentionally single out the military to deny them what they have bravely earned while making sure to keep the military golf course open where he plays. What principled American President would ever do that? 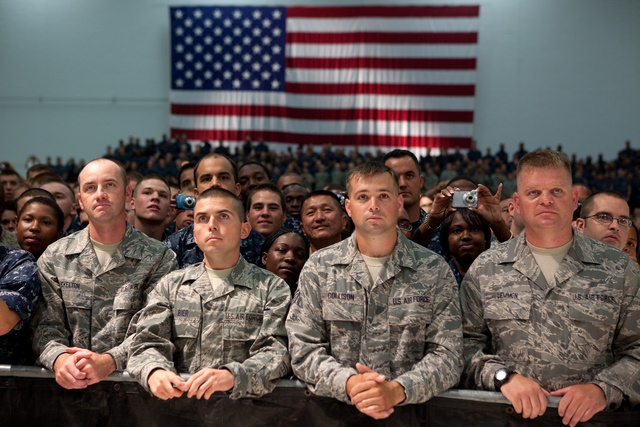 Obama has also “honored” our current military veterans by dismissing high-ranking officers at an alarming rate. While some dismissals may have merit, others are suspiciously reprehensible. To be fair, other U.S. Presidents have fired some military personnel during their time in office. However, I have not been able to find a president who has dismissed as many military personnel and as many high-ranking military officers. It has been suggested that the firings may be Obama’s attempt at “Thinning the Military Herd” for less than noble purposes.

Finally, it was recently rumored that Obama was ordering the U.S. Navy to remove the Navy Jack from their uniforms. The Navy Jack insignia is a rattlesnake with the words “don’t tread on me” under it. The wearing of the Navy Jack hales from a long history of tradition in the U.S. Navy beginning when Colonel Gadsden presented them with the Gadsden flag or the “don’t tread on me flag” before they went into battle with the U.S. Marine Corps against the British. It was rumored recently that Obama was trying to separate the U.S. Navy from “radical” groups like the Tea Party who fly the “don’t tread of me” flag. The Navy Times, however, refuted that Obama ordered the removal of the Navy Jack. One has to wonder if the rumor was indeed false or if Obama wasn’t prepared for the amount of fallout that occurred once the general public became aware of the “rumored order.”

What has happened to the presidents of the past who respected the military veterans and sung their praises at every opportunity they could get?

President Abraham Lincoln once said of the veterans that, “The brave men, living and dead, who struggled here, have consecrated it, far above our poor power to add or detract. The world will little note, nor long remember what we say here, but it can never forget what they did here.”

President John F. Kennedy, expressing his appreciation, said of our veterans that, “As we express our gratitude, we must never forget that the highest appreciation is not to utter words, but to live by them.” 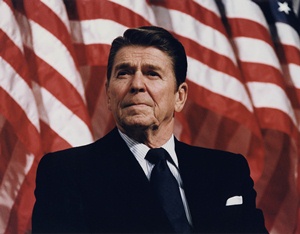 And finally, President Ronald Reagan may have said it best, when he said during a Veterans Day ceremony in 1988, that “We remember those who were called upon to give all a person can give, and we remember those who were prepared to make that sacrifice if it were demanded of them in the line of duty, though it never was. Most of all, we remember the devotion and gallantry with which all of them ennobled their nation as they became champions of a noble cause.”

He even left a personal note at the Vietnam War Memorial after indicating that he and Nancy wanted to leave the note at the wall. The note, which expressed their love for veterans, said, “Our young friends — yes, young friends, for in our hearts you will always be young, full of the love that is youth, love of life, love of joy, love of country — you fought for your country and for its safety and for the freedom of others with strength and courage. We love you for it. We honor you. And we have faith that, as He does all His sacred children, the Lord will bless you and keep you, the Lord will make His face to shine upon you and give you peace, now and forever more.”

In one of Barack Obama’s past Veterans Day speeches he said, “It’s about how we treat our veterans every single day of the year. It’s about making sure they have the care they need and the benefits that they’ve earned when they come home. It’s about serving all of you as well as you’ve served the United States of America.”

I would have to agree with Obama. It is about how we treat our veterans every single day of the year. It’s about honoring them, not disrespecting them. It is about praising them for their service, not leaving them to die. It is about rewarding service in the military, not firing them for personal goals.

It is about serving them as well as they’ve served the United States, Mr. President. That begins with knowing who they are, the history behind why they have served this country, and their allegiance to the U.S. Constitution and one nation under God. President Ronald Reagan knew that!

Happy Veterans Day all men and women who are serving in the U.S. Military, have served in the military, and those that have died while serving our country! We as citizens of this sovereign nation proudly salute you and honor you for your service. May God bless you! 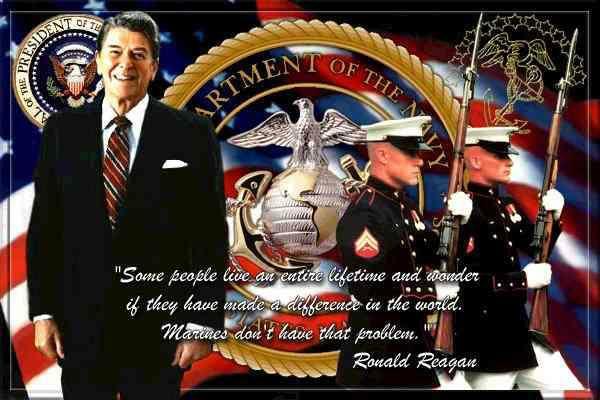 Susan Knowles is an author, psychotherapist and former practicing attorney. Her latest book, a political fiction, is entitled, “Freedom’s Fight: A Call to Remember” available on Amazon.com. Her website is www.susanknowles.com, where this article may also be seen.