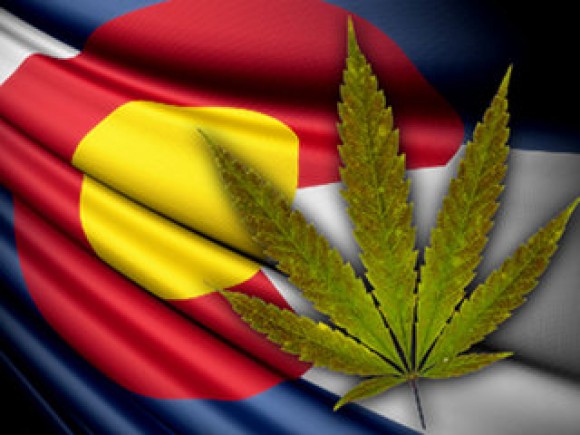 The George Soros-funded marijuana movement has achieved enormous “progress” in the various states, especially Colorado, and the results are now starting to get some media attention.

“Pot problems in Colorado schools increase with legalization” is the headline over a Denver Post story by Nancy Lofholm. She reports, “…school resource officers, counselors, nurses, staff and officials with Colorado school safety and disciplinary programs are anecdotally reporting an increase in marijuana-related incidents in middle and high schools.”

President Obama’s Department of Justice has decided to let Colorado and Washington’s new marijuana legalization initiatives go into effect without a challenge, even though they undermine global drug control treaties signed and ratified by the U.S.

In an email alert to its supporters, the Soros-funded Center for American Progress said, “This Is What Progress Looks Like,” citing four cities voting on November 5 to remove penalties for marijuana possession.

Calvina L. Fay, Executive Director of the Drug Free America Foundation and Save Our Society From Drugs (S.O.S.), told Accuracy in Media the trend “is very troubling to all of us in prevention, treatment, and law enforcement.”

In Colorado, the situation is out of control, perhaps by design. As I noted after a visit to Colorado in April, a Colorado resident can get two ounces of marijuana a day (at an average of $150 an ounce), and “self-medicate” for almost any reason. Even a heavy marijuana user goes through only a quarter of an ounce a day. State “regulation” of the industry has been a tragic joke.

The group Smart Colorado now reports that 700 medical marijuana licenses have already been issued in Denver and that legalization means each of these license holders will now be eligible to apply for a recreational license as well. “To put that number into context,” the group reports, “there are approximately 201 liquor establishments and 123 pharmacies located in the city of Denver.”

Tina Trent, a blogger on crime and justice issues, says “the reality of legalization” will be a wake-up call to people in Colorado and other places. The reality will include “people smoking pot in public and every third storefront in the tourist district turning into a head shop,” she says. “How do you address bus drivers legally smoking pot before their shifts start, and all sorts of people smoking ‘medicinal’ pot all day long, then getting behind the wheels of their cars?”

Trent, the author of a major report on the drug legalization movement in California, urges the public to get involved and counter the propaganda from the “professional pro-drug groups funded by George Soros.” She adds, “Legislators need to seriously consider the facts about marijuana abuse by young people.”

Janelle Krueger, program manager for Expelled and At-Risk Student Services for the Colorado Department of Education, tells the Denver Post, “We have seen a sharp rise in drug-related disciplinary actions which, anecdotally, from credible sources, is being attributed to the changing social norms surrounding marijuana.” The paper said Krueger believes the jump is linked to the message that comes from legalization of the drug—that marijuana is a medicine and a safe and accepted recreational activity. In addition, she says, legalization has increased the availability of the drug.

Following up on The Denver Post article, Lindsey Sablan of the local ABC television station reports that new state education statistics “show marijuana is the number one reason students are being kicked out of Colorado public schools—and pot expulsions dwarf all other causes, like alcohol, disobedience and weapons violations.”

But now that Colorado and Washington State have legalized the drug, the Soros-funded movement to legalize marijuana and other drugs is going global.

Speaking in Denver in October at the International Drug Policy Reform Conference, Ethan Nadelmann of the Soros-funded Drug Policy Alliance said it’s “because of what Colorado and Washington did and what Uruguay is going to do” that the world has hit a “tipping point on marijuana.” He was referring to Uruguay’s decision to legalize marijuana cultivation and distribution. The president of Uruguay is a former Marxist-Leninist guerrilla named Jose Mujica.

Dr. Paul R. Chabot, President of the Coalition for a Drug Free California, said, “We need a parent revolution in America. Drugs destroy families and the progressive agenda is doing just that. We need real leadership in America and at this point, our best hope is years away with a new president, attorney general and secretary of health and human services. We hope this matter becomes the central point for the presidential campaign.”

RUSH: Ted Cruz And Mike Lee Had The Guts To Warn People What Was Coming

Ted Cruz on The Kelly File