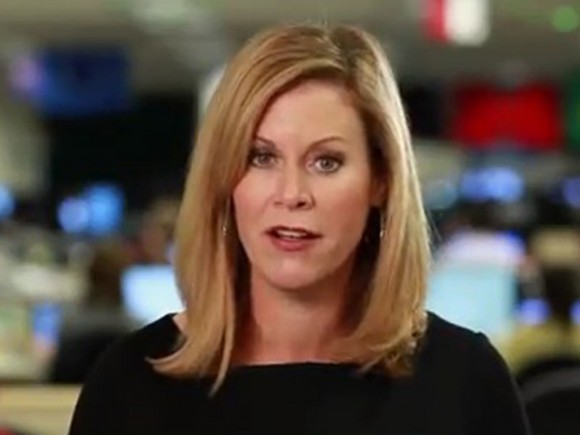 Sean Higgins, a senior writer for the Washington Examiner, points out that CNN’s Stephanie Cutter, who served as President Obama’s deputy campaign manager in 2012, had echoed Obama’s false claim that Obamacare would protect those people who wanted to keep their health insurance plans. Cutter was a member of Obama’s “truth team.”

On CNN’s “Crossfire,” Cutter, one of the liberal co-hosts, failed to come completely clean on the November 8 program: “…let’s talk about the President’s apology. He’s sorry because some Americans are losing their insurance plans, and their new plans are costing more. And he did promise that if you liked your plan, you can keep it, but the way the law has unfolded doesn’t live up to that promise. And admittedly I’ve used that line, too, and there’s no doubt the administration oversold it.”

Notice the use of the phrase, “the way the law has unfolded,” as if nobody anticipated this turn of events and that Obama is a victim, too. In terms of her own role in spreading these lies and making the false claim about keeping your health insurance, she said, “admittedly I’ve used that line, too…” and the claim was “oversold.”

She failed to admit she lied and did not apologize. This woman is a professional liar.

Cutter’s TV ad during the campaign, as noted by Higgins, took the form of a rebuttal to a Karl Rove ad. Here’s what she said: “The ad talks about health care, and you’ll like this one because we’ve heard it before: It says that you won’t be able to keep the insurance plan that you have. Now that’s just flat-out wrong. If you like your plan and you want to keep it, you can. In fact, the President made that plan stronger.”

This was not repetition of a talking point. It was a carefully conceived lie.

A guest on the CNN show, liberal columnist Ruth Marcus of The Washington Post, admitted, “The President said something that he knew, or should have known, and probably knew it wasn’t exactly accurate. And that Stephanie said, too. Everybody repeated it.”

“We’re culpable in the press,” Marcus said, “because we let him get away with it. If you look at the—HHS [Health & Human Services] was projecting back a few months after the law was passed that a lot of people in this individual market…were going to lose their coverage, were not going to get grandfathered. So they were going to have to buy new plans in the marketplaces. So the President knew that.”

In other words, Obama deliberately lied. And Cutter and the other advisers knew it was a lie. Higgins notes a Wall Street Journal article disclosing that “behind the scenes, White House officials discussed whether that was a promise they could keep,” and whether Obama should reveal the truth in “more in-depth discussions, such as media interviews, to explain the nuances of the succinct line in his stump speeches…” However, Obama officials worried that “delving into details such as the small number of people who might lose insurance could be confusing and would clutter the President’s message.”

It was a cover-up on top of a lie.

Thomas Lifson of American Thinker comments, “Now we know that for political reasons, the president’s advisers told him to go out and lie. The excuses they offer for the lie are those of a con man. They sound like a bunch of used car salesmen who neglected to mention that the vehicle was involved in a serious accident and has an oil leak, because that would confuse the buyer dazzled by the chrome on the grille.”

He asks, “Is lying to the American public about a president’s signature transformative legislation a high crime and misdemeanor?”

Impeachment is a process for the American people and Congress to debate. Cutter is a problem for CNN, which wants to be known as a “news” organization.

The main problem with CNN’s new “Crossfire” has been the use of political partisans from the Obama administration or his election campaigns such as Cutter and Van Jones as “liberal” co-hosts. Cutter has now been caught lying for the administration and covering up. She ought to be booted from the show. Jones is a disgraced former communist and should never have been hired.

How can the channel justify retention of a political partisan who lied to the American people and refuses to apologize? By using a liar like Cutter, CNN is not contributing to an honest discussion of the issues, but enabling political partisans to poison the public debate.

On June 23, 2010, in a White House blog post, Cutter was ecstatic about Obamacare, saying, “Another important step we’ve taken is to fulfill President Obama’s promise that ‘if you like your health plan, you can keep it.’ Last week, Secretary Sebelius and Secretary of Labor Hilda Solis announced a new rule that protects the ability of individuals and businesses to keep their current plan…”

So the administration lies were of a serial nature. It was a conspiracy to mislead the public. It was even hard to keep up with the lies.

Incredibly, during her “Crossfire” appearance, Cutter actually claimed that catching Obama in a lie has redounded to his benefit. She said, “…let’s not overlook the fact that we have a President who can admit a wrong, apologize for it, and actually fix it. It’s not often in this town that you see that.”

In other words, he lied, got caught, and should be congratulated for practicing damage control.

While working for CNN, she also helps run a public relations firm called Precision Strategies. One of their specialties is “Crisis Management.” The firm’s website explains, “No one wants a crisis, but everyone has one. Decades of work on political campaigns and at the highest level of government has given us the experience to move quickly to win your argument online and offline, and see your reputation through the maelstrom. Whether it’s litigation, personnel challenges, or a news-related crisis, we work closely with your team to develop a plan, and execute it.”

Cutter is trying to salvage Obama’s reputation, using her perch at CNN to accomplish this goal. And CNN is paying her to do it!

Cliff Kincaid is the Director of the AIM Center for Investigative Journalism and can be contacted at cliff.kincaid@aim.org. View the complete archives from Cliff Kincaid.