This is the 150th anniversary of the delivery of the Gettysburg Address, by which Abraham Lincoln commemorated those Americans who fought and died to preserve our nation, free its slaves, and pass it along to us, so we can do the same.

And today, we need to try to free America’s slaves to collectivism – a different kind of slavery. Maslow’s hierarchy of needs meeting B.F. Skinner’s operant conditioning, and Bernays/Goebbels’ systematic propaganda, it is mental self-enslavement, to hive-minded deceit, social pressure, and outright extortion, against which we must continue the fight.

And after Priestess Oprah’s race-targeting indictment of America upon foreign soil, it seems many are responding patriotically against such continuous ginning-up of class hostility by the devious neo-Marxists. I tried to “get under the skin” about it in “You People! Letting Oprah & Obama Keep You Collectivist Plantation Slaves?”

The sentiments below, by a patriot comrade, “Carol,” are to be appreciated. 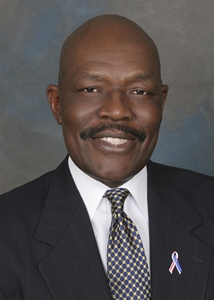 Mychal Massie’s commentary, read in the above video:

The other evening on my twitter, a person asked me why I didn’t like the Obama’s? Specifically I was asked: “I have to ask, why do you hate the Obama’s? It seems personal not policy related. You even dissed their Christmas family pic.” The truth is I do not like the Obamas, what they represent, their ideology, and I certainly do not like his policies and legislation.

I’ve made no secret of my contempt for the Obamas. As I responded to the person who asked me the aforementioned question, I don’t like them because they are committed to the fundamental change of my/our country into what can only be regarded as a Communist state.

I don’t hate them per definition, but I condemn them because they are the worst kind of racialists, they are elitist Leninists with contempt for traditional America. They display disrespect for the sanctity of the office he holds, and for those who are willing to admit same Michelle Obama’s raw contempt for white America is transpicuous.

And I’ll add another video, on Hannity after a prior, much less subtle spewing of inflammatory deceit, that time by Florida’s screw-missing Rep. Alan Grayson. Niger Innis casts adequate light against the concerted lies, set snake-tongued to foment racial warfare in America against our God-given, foundational principles.