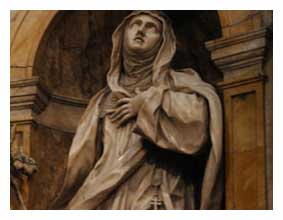 Below is an article by Farrukh H. Saif who is the Executive Director of a Pakistan based human rights organisation called World Vision in Progress (on whose website it was first published). The article highlights the plight of Christians in Pakistan and shows a reluctance of the United Nations and human rights organisations to do anything meaningful about this desperate situation.

This situation seems very similar to the pogroms against Jews that took place in 19th century Russia that drove them from their homes and forced them seek refuge in places like the United States of America. Back in those days such refugees could resettle and embark on prosperous and productive lives. It no longer seems to be the case, at least for Christians.

A kind of cultural cleansing directly resulting from Pakistan’s Blasphemy law now appears to be taking place. It must be noted at this point that the Organisation of Islamic Cooperation (OIC) has been calling for a similar blasphemy law to apply to the whole world. Western politicians now appear to be starting to facilitate the OIC’s demand. The latest incarnation of the demand for a global blasphemy law, UNHRC resolution 16/18 and the associated Istanbul Process, has been endorsed by Western leaders.

In his article, Mr Saif complains about the attitude of the United Nations Refugee agency that appears to be neglecting the plight of Christians persecuted in Pakistan. It does appear that the OIC voting bloc at the UN exerts tremendous influence on that once august body. Is the UN now effectively controlled by that OIC voting bloc? Since the call for a global blasphemy law has now gained powerful backers, is the UN adopting a policy “why bother” when it comes to the plight of persecuted Christians. If a version of Pakistan’s blasphemy law is about to go global then what good would it do, Christians could be persecuted in a similar way wherever they settled!

It certainly seems that persecuted Christians are now the lepers of the refugee community as far as the UN and many so-called human rights agencies are concerned! Double standards in asylum policies perhaps now indicates that there is more to granting “asylum” than meets the eye. Is the granting of asylum in Western countries just a smokescreen for some grand scheme of social engineering that requires “asylum seekers” to have particular cultural characteristics? Perhaps Christians are more likely to integrate – something that would not assist the divide and rule aspirations of Western “elites”.

Out of the frying Pan into the Fire: By Farrukh H. Saif
Executive Director World Vision in Progress

During my recent visit to Thailand I observed the deplorable situation of Christian refugees. These Pakistani Christians were forced into exodus from Pakistan after being victimized by “Blasphemy Law”, “Forced Conversions” and accusations of preaching amongst the “Non-Believers” in order to convert them from Islam to Christian faith. All of these destitute are facing a […]

During my recent visit to Thailand I observed the deplorable situation of Christian refugees. These Pakistani Christians were forced into exodus from Pakistan after being victimized by “Blasphemy Law”, “Forced Conversions” and accusations of preaching amongst the “Non-Believers” in order to convert them from Islam to Christian faith. All of these destitute are facing a lot of problems in Thailand.

This exodus of Christians started in the year 2009 when “Christian Colonies villages and neighborhoods” in Punjab were attacked by the “Muslim Extremists.” Many houses were torched wherein several live persons were burnt alive. Hundreds of Christians from Gojra and Korian village left Pakistan and took refuge in Sri-Lanka, Thailand, Hong Kong and Malaysia for protection of their lives.

In March 2013, Muslim fanatics attacked “Joseph Colony,” Badami –Bagh, Lahore and burnt down the entire Christian colony. This painful incident further accelerated the exodus of Christians from Pakistan. According to our information hundreds of Christian families left Pakistan and even thousands of Pakistani Christians are looking forward to flee from Pakistan to any other country where they could enjoy equal rights.

Pakistani Christians, who played vital role in the creation and development of Pakistan, are now forced to leave the country due to the wild wave of sectarianism, religious bigotry and on the spot “Mob Justice” which includes killing on the spot, or setting the person on fire and has overwhelmed our society. Religious extremism has grown beyond all proportions while armed extremists have controlled our cities. Every Christian in Pakistan is seeking ways to escape from this suffocating situation. Government has failed to provide security, protection and justice to the vulnerable Christian community. [A few days ago a neighborhood of Rawalpindi was set on fire killing many and burning many houses and markets.]

These Pakistani Christian reached Thailand, Sri-Lanka, Malaysia and Hong Kong, expecting that UNHCR will consider their cases on “Humanitarian” grounds and they will be able to move to some other countries where they can enjoyed equal rights and safety of life and property. On the other hand the reality is unbelievable as UNHCR is treating these Pakistani Christians as step children and pays “NO Attention” to these vulnerable families. They are frequently giving the Refugee status to Iranian, Afghani, Syrians and other Africans but do not have heart or space for Pakistani Christians. Even some of the top cases of “Blasphemy laws” are left unattended in Sri-Lanka and Thailand. UNHCR has not even considered their cases so far and have failed to grant them a refugee status as yet.

I also observed that the front men of some NGOs take such persecuted Christian families to these countries assuring them that they will get the refugee status as soon as they reach there. It has been noted that these NGOs take a handsome amount of money from these families and later leave them un-attended. These so called Human Rights activists are putting the people in another miserable situation where they have to wait probably for years .Their condition seems like being “Out of the frying pan into the fire.”

We have also observed that some people are even compelled to get food from the temples or Sikh Gurudawaras while some others plead at the doors of relief providing organizations for food.

We have also notice that there are some people who did not face any persecution at home at all, but they were lured by so called missionaries and pastors that they will be enabled to reach America, Canada, Australia or Europe through UNHCR Malaysia or Thailand, and design fake cases of persecution to arrange their asylum in South Asian countries. These innocent people being tempted as such sell out their properties and all belonging for the sake of a better future and equal rights and end up living a wretched life in Thailand, Sri Lanka and other South Asian countries.

We will soon unveil the faces who have made “Persecution” as a lucrative business at the expense of inflicted humans and are destroying the lives of innocent Christians of Pakistan.

Another vital question arises, as to where should these Christians go for the sake of remedy, to whom they should contact in this state of fix for help, having failed to take asylum on humanitarian ground in such Asian countries where their cases are not accepted for years. These people are like rolling stones who cannot get the visas of European countries neither UNHCR gives them a refugee status.

I am surprised, shocked and hurt as to what will be the future of those genuine persons who have suffered real threats and situations of persecution and who go to the UNHCRs office every day in vain. These so called American, Canadian and European organizations which claim to work for the persecuted Church and people are in fact practically doing nothing. On ground their efforts are zero. They collect donations and spend huge amounts of money in their administrative and personal expenses. They use very small amounts for the persecuted Christians and have never tried to get these persecuted Christians out of these countries.

Australia and some countries of Europe grant refugee status to the Afghanis, Iranians and currently to Syrians, but the Pakistani Christians are considered to be having no right to get asylum in these countries? While I was in Pakistan, I met the Ambassador of Canada on the 5th of November 2013. The agenda of our meeting was two Pakistani Christian girls who got injured in the Peshawar Church blast and needed medical facilities abroad. The Ambassador did not give any positive reply regarding the girls and neither showed any interest in considering the Christians who are persecuted in Pakistan. This clearly shows that western world has no interest in the persecuted Christians of Pakistan. They are just playing with the emotions of these venerable persecuted Christians.

I would also request the Pakistani Christians that please do not go to Thailand, Srilanka or any other South Asian Countries for Asylum. Lastly I would request the International Community to lift your voice for the Persecuted People of Pakistan.