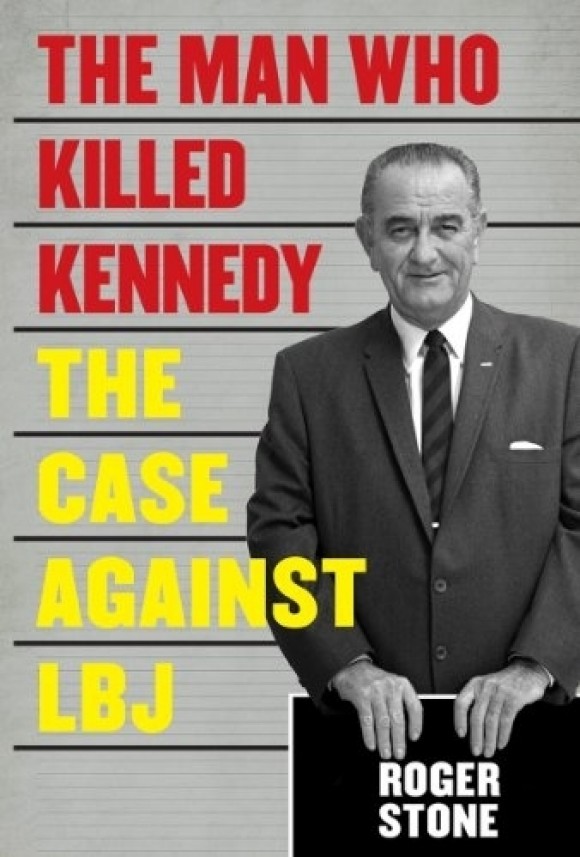 Any hope that the media will practice civility and raise journalistic standards has been dashed by the sympathetic coverage given to a new book falsely charging an American president with mass murder and political assassinations.

The book, The Man Who Killed Kennedy: The Case Against LBJ, is based in part on the work of a communist operative, Joachim Joesten, who was assigned by the Soviet KGB to divert attention from the communist connections of JFK assassin Lee Harvey Oswald.

But author Roger Stone maintains, in the face of the evidence, “I don’t think the Russian state was involved in any way” in the JFK murder.

A former conservative turned libertarian, Stone has been recognized over the years for his role as a “political trickster,” and has lately been promoting legalized marijuana, prostitution and homosexual marriage. He even appeared topless in a gay rights parade. His bio claims he “first tipped off the FBI to Governor Eliot Spitzer’s use of prostitutes.”

“I was born and raised a Roman Catholic,” he said in one interview. “I believe in God, but I think basically organized religion is a hoax.”

Stone has no journalistic credentials to speak of. His bio proclaims, “Aside from politics, he’s also known for his personal style, and writes the annual ‘Ten Best and Worst Dressed Men and Women in the World’ column for the Huffington Post while serving as Men’s Fashion Editor for the Daily Caller.”

The book is written with Mike Colapietro, described on the book flap as an “investigative journalist”—who is, in fact, a former sports writer and contributor to SMOKE magazine, devoted to cigars.

Nevertheless, the book has been taken seriously by such outlets as the Sean Hannity show on the Fox News Channel, the New York Post, The Huffington Post, The New York Daily News, Esquire (online), The Daily Caller, The National Enquirer, The Globe (the tabloid), The New York Observer, The Daily Beast, Newsmax, USA Today, Glenn Beck’s The Blaze, and Politico.

Stone’s book “stands on the research of citizens who have doubted the government’s version of events as depicted by the Warren Commission,” his preface says. One of these “citizens” is identified as an East German Communist by the name of Joachim Joesten, the author of the 1968 book, The Dark Side of Lyndon Johnson. Joesten’s other books on the Kennedy assassination include Oswald: Assassin or Fall Guy?, published by a KGB front company, Marzani & Munsell.

In an email exchange, Stone acknowledged that he cited and read Joesten’s book. “I read his books,” he told me. “They are among the earliest works on the role of LBJ.”

Another one of Stone’s sources, cited in the preface, is Thom Hartmann, the “progressive” media personality featured on the Moscow-funded Russia Today television channel.

Joesten’s book, The Dark Side of Lyndon Johnson, finds Johnson guilty of murder and says, “If Lyndon Johnson has any brains left, he’d blow them out before the law gets around to him. That way he could at least escape the pinnacle of infamy and save his country from foundering in an abyss of national shame.”

Despite such sources, Stone’s JFK book has received sympathetic coverage from outlets on the left and right, including Sean Hannity, who allowed Stone to accuse LBJ of killing Kennedy and eight other people—“murders to cover up corruption, murder to cover up vote theft and electoral fraud.” No proof is offered for any of this.

Significantly, Stone has appeared on Russian media outlets such as the Voice of Russia and RT (Russia Today) television, where he has assured the Kremlin that he holds the Soviet state blameless in JFK’s murder.

As Soviet-bloc defector Ion Mihai Pacepa has written, the purpose of the KGB commissioning Joesten to write his book was to divert attention away from Oswald’s connections to the Soviet Union and Cuba. Variations of this theme have brought in LBJ, the CIA, Texas oil men, or various “right-wingers” as potential culprits in the JFK assassination.

Stone’s book is published by Skyhorse Publishing, which capitalized on the 50th anniversary of JFK’s murder by also releasing Jesse Ventura’s book, They Killed Our President: 63 Reasons to Believe There Was a Conspiracy to Assassinate JFK.

Other books published by Skyhorse include Stories of Lesbian Love and Erotica and Fifty Shades of Ecstasy.

A former aide to various Republican politicians, Stone claims Richard Nixon made “veiled references to Johnson’s complicity in the Kennedy assassination.” In fact, secretly recorded White House conversations involving then-President Nixon were released showing Nixon blaming Kennedy’s murder on the communists. Nixon said, “They pinned the assassination of Kennedy on the right wing, the Birchers. It was done by a communist and it was the greatest hoax that has ever been perpetuated.”

The “hoax” he is referring to is the elaborate KGB disinformation campaign to conceal the truth.

As noted by Professor Paul Kengor, Ronald Reagan also blamed the communists. Speaking in 1968, Reagan gave a speech saying, “Five years ago, a president was murdered by one who renounced his American citizenship to embrace the godless philosophy of communism, and it was communist violence he brought to our land. The shattering sound of his shots were still ringing in our ears when a policy decision was made to play down his communist attachment lest we provoke the Soviet Union.”

Johnson understood this as well. He told journalist Howard K. Smith, “Kennedy was trying to get to Castro, but Castro got to him first.” It was a reference to American plots to overthrow or assassinate the Cuban dictator and Castro’s promise to retaliate. A Cuban communist defector said Castro knew in advance about the communist plot to kill Kennedy.