One of the best things we can do as parents, grandparents, members of the religious community and patriots is to share the values and traditions we hold dear as individuals, families, churches and concerned citizens by teaching the histories and details of each to the next generation as well as standing up against those who would try to steal them from us and from future generations.

For several years now, we here at AskMarion have taken up the War on the War on Christmas, running a Christmas, Hannukah or related article daily from December 1st through the Epiphany on January 6th. We began this year’s (2013) series yesterday with the start of Advent.

Once upon a time not all that long ago – in fact, anyone over 50 will easily remember it – the word “Christmas” was everywhere during the month of December. Everywhere you looked – in stores, in town squares, in cities, in offices, and of course… in private homes — there were Christmas trees, Christmas decorations, Christmas cards, Christmas gifts, Christmas parties, Christmas vacations and yes… Nativity Scenes. Even non-religious folks and Jews happily joined in with Hannukah Bushes, Christmas lights in blue and white and an embracement of all the festivities. One of the best Christmas cards I ever got was from my Jewish friend, Cheryl… On the cover: From Naomi and Abe to Biff and Muffy with related sketches… when people were allowed to have a sense of humor instead of being politically correct. It still makes me smile 40-years later.

“The More We Enjoy Each Other’s Holidays and Traditions, the More Beautiful the World Looks!”

“I am a Jew and every single one of my ancestors was Jewish, and it does not bother me even a little bit when people call those beautifully lit-up, bejeweled trees ‘Christmas trees’.” …Ben Stein

Confessions for the Holidays by Ben Stein 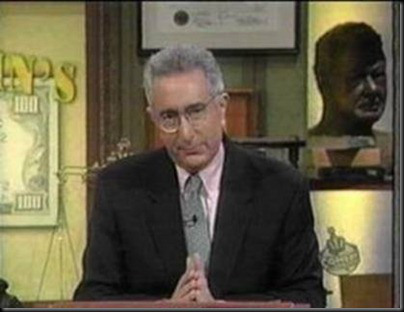 *The following was written by Ben Stein and recited by him on CBS Sunday Morning Commentary, December 18, 2005.

Here at this happy time of year, a few confessions from my beating heart:

I have no freaking clue who Nick and Jessica are.

I see them on the cover of People and Us constantly when I’m buying my dog biscuits. I still don’t know. I often ask the checkers at the grocery stores who they are. They don’t know who Nick and Jessica are, either. Who are they? Will it change my life if I know who they are and why they’ve broken up? Why are they so darned important?

I don’t know who Lindsay Lohan is either, and I don’t care at all about Tom Cruise’s baby.

Am I going to be called before a Senate committee and asked if I’m a subversive? Maybe. But I just have no clue who Nick and Jessica are. Is this what it means to be no longer young? Hm, not so bad.

Next confession: I am a Jew and every single one of my ancestors was Jewish, and it does not bother me even a little bit when people call those beautifully lit-up, bejeweled trees Christmas trees.

I don’t feel threatened. I don’t feel discriminated against. That’s what they are — Christmas trees. It doesn’t bother me a bit when people say ‘Merry Christmas’ to me. I don’t think they’re slighting me or getting ready to put me in a ghetto. In fact, I kind of like it. It shows that we’re all brothers and sisters celebrating this happy time of year.

It doesn’t bother me one bit that there’s a manger scene on display at a key intersection at my beach house in Malibu.

If people want a creche, fine. The menorah a few hundred yards away is fine, too. I do not like getting pushed around for being a Jew, and I don’t think Christians like getting pushed around for being Christians. I think people who believe in God are sick and tired of getting pushed around, period. I have no idea where the concept came from that America is an explicitly atheist country. I can’t find it in the Constitution and I don’t like it being shoved down my throat. Or maybe I can put it another way. Where did the idea come from that we should worship Nick and Jessica and aren’t allowed to worship God as we understand him? I guess that’s a sign that I’m getting old, too. But there are a lot of us who are wondering where Nick and Jessica came from and where the America we used to know went to.

So let’s take a quick look at where many these traditions came from… that the Atheists and secularists now both fear and fight.

A great read: Losing Our Religion: The Liberal Media’s Attack on Christianity written by an atheist

ANOTHER FAILED IDEA: Woman gets laughed at after bringing up Obamacare at Thanksgiving…

The Twelve Days of ObamaCare

Advent – The Season of Anticipation and Hope – WoC 2013

Keeping Pets Safe for Thanksgiving: The “Not So Safe” or No-No Pet Food List

PBS runs Rick Steve’s Christmas in Europe throughout the Season as well which is a great watch!