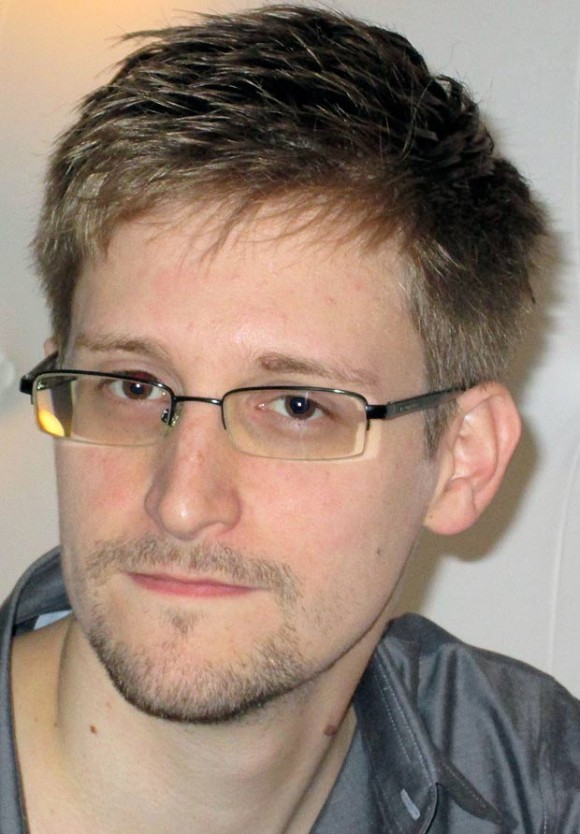 Catherine Herridge, chief intelligence correspondent for Fox News Channel, reports, “A review of the NSA leaks by Fox News shows the majority of the leaks since June now deal with sources, methods and surveillance activities overseas, rather than the privacy rights of American citizens.”

In other words, NSA leaker Edward Snowden, who has been charged with espionage, stole NSA documents and leaked them for the express purpose of weakening America’s defenses against terrorism. To put it another way, Snowden was never the “whistleblower” he claimed to be, but has been serving the interests of America’s enemies and adversaries.

This represents a sharp turnaround for Fox News, whose anchor and correspondent Eric Bolling has featured two interviews with Glenn Greenwald, the primary handler for Edward Snowden and the documents he stole from the NSA. Bolling had actually encouraged Greenwald to appear on Fox News to disclose more classified information.

As more awareness is emerging over the damage that Snowden has done, one of the latest political figures to speak out is Senator Marco Rubio (R-FL). He says Snowden “is a traitor who has sought assistance and refuge from some of the world’s most notorious violators of liberty and human rights.” By contrast, Senator Rand Paul (R-KY) has refused to denounce the former NSA contract employee and has promised to sue the NSA over alleged violations of privacy.

Rubio and Paul are considered possible Republican candidates for president in 2016.

Suggesting more anti-American terrorism in the future on American soil, former NSA and CIA Director Michael Hayden said on “Fox News Sunday” that Snowden’s disclosures are “catastrophic for the safety and the security of the American nation…”

At the same time, leaders of the House and Senate Intelligence committees said Sunday on CNN that terrorists have gained ground in the past two years and that the United States is less safe than it was two years ago.

Meanwhile, Snowden’s disclosures are being timed for release to do maximum damage to America’s relationships with friendly or allied nations.

Paul Calandra, parliamentary secretary to Stephen Harper, the prime minister of Canada, has accused the Canadian Broadcasting Corporation (CBC) of “lining [the] Brazilian bank account” of Greenwald after paying him for a story claiming that Canada colluded with U.S. intelligence to monitor delegates to the 2010 G20 summit in Toronto.

The CBC paid Greenwald, despite the fact that he left The Guardian newspaper in October to join a new media venture funded by billionaire eBay founder Pierre Omidyar. It is reported that the Iranian-American businessman is pouring $250 million into the activities of Greenwald and his associates.

Greenwald recently gave a video address to a conference of the Council on American-Islamic Relations (CAIR), a Muslim Brotherhood front. Greenwald hailed CAIR for its “patriotic work” and highlighted an AIM article labeling him a “useful idiot” for CAIR.

Interestingly, however, the Al Jazeera America website has published an article by Alice Speri comparing Snowden to Lee Harvey Oswald, the assassin of President John F. Kennedy, who lived in the Soviet Union for several years. The story quoted Peter Savodnik, author of a book about Oswald’s time in the Soviet Union, as saying about Snowden, “If he doesn’t already want to leave, he’s going to want to leave very soon.” Savodnik also said about Snowden, “He’s always going to be monitored and watched.”

Speri noted, “William Martin and Bernon Mitchell, two NSA cryptologists, defected to the Soviet Union in the 1960s, but later regretted their decision and tried to leave. Victor Norris Hamilton, a former code analyst with the NSA, resurfaced in the 1990s at a Moscow psychiatric hospital, where he spent 21 years.”

The story quoted Yuri Felshtinsky, a Russian scholar living in the West who has written extensively about the Russian Federal Security Service (FSB), as saying that the FSB is now in complete control of Snowden. “We know at this point that he’s not free,” he said of Snowden. The FSB is the successor to the KGB.

Felshtinsky is the author of such blockbusters as Blowing up Russia, about the FSB’s role in alleged Islamic terrorism, and The Age of Assassins, about corruption and murder in Putin’s Russia. He was one of the last people to speak to KGB dissident Alexander Litvinenko before he succumbed to radioactive poisoning in London. Litvinenko blamed his slow and agonizing death on Putin and the FSB.

In sharp contrast to Eric Bolling’s sycophantic handling of Greenwald, Lt. Col. Oliver North, Fox News’ “War Stories” host, said flatly on the Fox Business Network that “Snowden is in the hands of the Russian intelligence services.” He said that after the FSB is done using Snowden for its own purposes, “the Russians will kill Edward Snowden. And we will be blamed for it.”