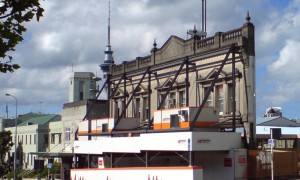 This morning while running, I was thinking about the recently released unemployment figure for October, down from 7.3 percent to 7 percent, the lowest in five years. Sounds good on the surface, right? In addition, the workforce participation rate ticked up slightly from 62.8 percent to 63.6 percent, but it’s still below the 30-year-average of 65.8 percent.

But here’s the kicker. According to Terence Jeffrey in a report from CNS News, fully 41 percent of net new jobs were created in government.

Things are pretty good in government these days. According to the report, “unemployment for government workers fell from 4.4 percent to 3.2 percent.” That’s half of what it is in the private sector. Where are this president’s priorities? Clearly not in encouraging growth in the free market.

Because there’s been such a proliferation of lies and deceit, no matter how good the news may appear on the face of it, you always feel the need to question.

Case in point, consider the re-launch of healthcare.gov, America has been told how great the second coming of the website has been for those seeking health insurance coverage. But now we find out some 30 percent of those applying actually have no verification of getting insurance coverage. Imagine if you were to place an order on Amazon believing it has been received and processed — oops, for 30% of Americans going to healthcare.gov, no one is on the back end.

Further, the Obama administration is touting record numbers of signups, to the tune of 29,000 the first two days of December. The sad reality is that President Obama needed 55,000 per day to sign up between October 1st to March 1st in order to hit the magic number of 7 million to stabilize Obamacare and redistribute the wealth. Chairman of the House Ways and Means Committee, Rep. Dave Camp (R-Mich) issued a statement saying because of the delays, Obama now needs to have 100,000 sign up per day. Ouch.

We all REALLY want our economy to be restored and for our fellow Americans to get back to work — and I mean quality career full time work. Could it be that the Bureau of Labor Statistics is counting more of the part-time employment as part of this improved unemployment number? Is it possible that this number reflects a seasonal hiring period as we enter into the Christmas (yeah, I said THAT word again) shopping season? I guess eventually the truth will come out.

Oh – the SEC Championship game just kicked off and Oklahoma State just got upset by Oklahoma. They do call that game “Bedlam” after all.

I’d like to hear from you in between commercial breaks or during halftime. If you’ve been unemployed, how long has it been and do you see any prospects? Go here.

One thought on “The Potemkin Village of Obama’s Unemployment Numbers”