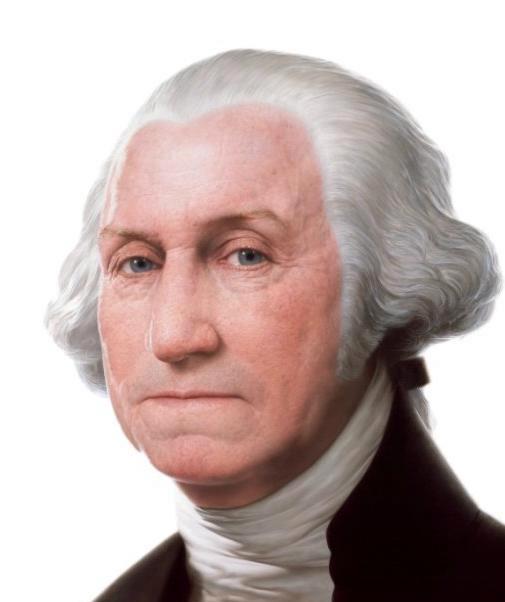 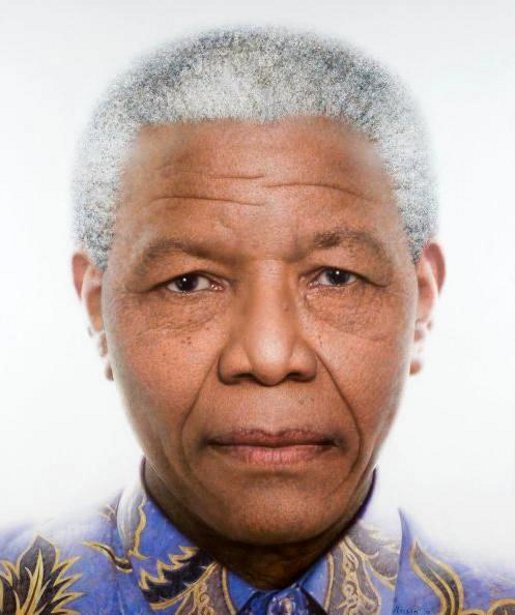 Every week on Monday morning , the Council and our invited guests weigh in at the Watcher’s Forum, short takes on a major issue of the day. This week’s question: President Obama Compared Nelson Mandela To George Washington. Is He Right?

The Noisy Room: The comparison is almost blasphemous. To compare our first president and a Founding Father to a communist terrorist would be laughable, if Obama wasn’t serious.

George Washington was a man of principle and honor, who deeply believed in God, individual rights and freedom. Last time I looked, he was never a member of the Communist Party and was not married to a murderous terrorist. Washington did not murder innocent children or urge the colonists to burn men, women and children alive by placing rubber tires around them, pouring gasoline on them and setting them on fire, as Sultan Knish rightly points out.

The loose comparison as fathers of their respective countries shows how dramatically different the two men and their visions were. While Washington’s love of country set him on the path of revolution to free America from tyranny, Nelson Mandela was murdering families and condoning rape and genocide. Mandela was the epitome of a racist and a radical revolutionary.

George Washington extolled the necessity of virtue and morality for a government to survive, Mandela preached the gospel of hate and communism. There is no comparison between Nelson Mandela and George Washington except in Obama’s fevered Marxist mind. Washington was a leader among men and a man of God; Mandela was a godless monster.

Bookworm Room: Well, in one specific that’s near and dear to my heart, Obama is as wrong as he can be. Washington was a philo-semite, as can be seen in his beautiful 1790 letter to the Truro Congregation:

May the Children of the Stock of Abraham, who dwell in this land, continue to merit and enjoy the good will of the other Inhabitants; while every one shall sit under his own vine and fig tree, and there shall be none to make him afraid.

Nelson Mandela, was an anti-Semite:

Mandela always made it clear that those who are the enemies of the Jews are not necessarily his enemies.

In 2000, the American Jewish Committee canceled a Washington luncheon scheduled to honor Mandela after he said that 13 Jews tried for “espionage” in Iran were receiving a “fair trial”.

Mandela laid a wreath on the grave of Ayatollah Khomeini, the father of the Iranian revolution, warmly greeting his successor, Ayatollah Ali Khamenei. “We are indebted to the Islamic Revolution”, Mandela proclaimed. It is the same Mandela who claimed that Communist Cuba had achieved the “systematic eradication of racism”.

In 1990, Mandela likened Israel to a “terrorist state” and declared that “we do not regard the PLO as a terrorist organization. If one has to refer to any parties as a terrorist state, one might refer to the Israeli government because they are the people who are slaughtering defenseless and innocent Arabs in the occupied territories”.

Mandela should have raised Jewish eyebrows when in 1990 he embraced Arafat in Lusaka, Zambia, likening the Palestinian-Israeli conflict to the struggle against South African apartheid. “If the truth alienates the powerful Jewish community in South Africa, that’s too bad”, said Mandela.

During a trip to Libya, Mandela declared that “we consider ourselves to be comrades in arms to the Palestinian Arabs in their struggle for the liberation of Palestine. There is not a single citizen in South Africa who is not ready to stand by his Palestinian brothers in their legitimate fight against the Zionist racists”.

In September 1990, addressing the Reform congregation of Johannesburg, Mandela said: “If Zionism means the right of the Jewish people to seize territory and deny the Palestinian people the right to self-determination, we condemn it”.

In 1999 Mandela supported the Palestinian Arab use of violence. With Arafat seated next to him in Gaza, Mandela declared: “All men and women with vision choose peace rather than confrontation, except in cases where we cannot proceed, where we cannot move forward. Then if the only alternative is violence, we will use violence”.

Moreover, according to one of my readers who has an overwhelming fund of knowledge, Mandela didn’t embrace the peaceful transition because he wanted to, but because he had to:

[T]he only thing that kept him ‘peaceful’ after getting out of jail was the looming presence of five million Zulu. The Zulu, under Mangosuthu Buthelezi, did not like: (A) Desmond Tutu; (B) Russia; (C) Communism; (D) China; or (E) him. He walked quite softly around them. The Zulu had a disconcerting habit of listening to just so much of the BS, and then the minute it inconvenienced them people got killed. (“You strike, that’s fine. Your strike spills out into the streets and makes my bus run late, I’m going to kill you.” And they did. And on more than occasion for precisely that sort of reason.) Mandela was a Commie revolutionary, but he never had a shot at the typical Commie bloodbath. Thank Buthelezi, who spent several years looking hard at Mandela for that ‘peaceful transition.’ Without him, and the threat of some real violence on a biblical scale, courtesy of one of the great warrior cultures of all time, it wouldn’t have been so damn peaceful.

Having said all that, Mandela did preside over a peaceful transition from apartheid to non-apartheid. I can’t help thinking, though, that his communism is part of why South Africa is now going the way of Zimbabwe.

General President W wrote his name in the rebels’ declaration, risking life and limb for independence. He dodged bullets in battle, braved winter’s deadness and starvation with weary troops, and bore the pain of multiple defeats. John Richard Green wrote of Washington in his History of the English People,

It was only as the weary fight went on that the colonists learned, little by little, the greatness of their leader—his clear judgment, his calmness in the hour of danger or defeat; the patience with which he waited, the quickness and hardness with which he struck, the lofty and serene sense of duty that never swerved from its task through resentment or jealousy, that never, through war or peace, felt the touch of a meaner ambition; that knew no aim save that of guarding the freedom of his fellow-countrymen; and no personal longing save that of returning to his own fireside when their freedom was secured.

Slowly but finally, victory came. The colonists experienced the sweet taste of victory–but then what? There were still constitutional battles in Congress. Revolt and Jacobin controversy in France spurred similar unrest in the young nation. The War of 1812 loomed on the horizon, and slavery remained a stain on the country’s conscience. The battle was not yet won.

The New Mandela Myth aside, Mandela, like Washington, left his office and (to some extent) the spotlight. These two men, who loved their countries and fought bravely for them, must have felt some weariness in seeing the work left to be done—work that others must accomplish. They were willing to surrender their power, even when political victory and compliments still swirled around them. It is difficult to know when to embrace victory and use it for political advancement—even more difficult to know when one should let it go, when one should humble oneself before the reality of human fallibility and mortality.

JoshuaPundit: I’m hardly surprised President Obama said this. On the one hand, we have an admitted terrorist, albeit one with great personal courage, who ordered the targeting and murder of civilians, cheerfully embraced some of the worst dictators and despots in the world, operated out of sheer expediency and was a failure in his one term as president except for being willing to operate as a symbol of reconciliation to stave off civil war, a worthy accomplishment for which he shared a Nobel Peace Prize with South African leader FW de Klerke.

On the other hand, we have a principled leader who refused to allow his troops to attack Tory civilians, (the terrorism on civilians in that war was committed by the British and especially by their Hessian mercenaries) who stood for freedom and individual rights unique in his time and who created the institution of the presidency in a democratic republic.

The difference between the two men is striking, and can be readily seen by the type of nations they ended up building. The fact that President Obama considers them remotely equivalent tells you a great deal about him and how he feels about our country.

This is somewhat off topic, but I have to wonder… would Nelson Mandela be getting this kind of deification in the western world if he weren’t black?

I also wonder which medal he’ll be wearing in his coffin, his Presidential Medal of Freedom or his Soviet Order of Lenin. Perhaps both, which would perfectly symbolize the dichotomy between the man and the legend. RIP.

The Independent Sentinel: Did Nelson Mandela cross the Delaware too? Was George a communist?

One online mag said Mandela was Washington, Lincoln and MLK Jr all in one. There is a strong desire on the part of many to make him into a saint.

Mandela’s sacrifice, his policy of reconciliation, and his statesmanship were remarkable. He was imprisoned for 27 years and gave up opportunities to be freed until the terms were right for his country. Apartheid was a despicable practice and he helped end that. If he did nothing else, that would have been enough to grant him an exalted place in history.

However, I still have a picture in my mind of him hugging Arafat. I remember him calling Israel a ‘terrorist state.’ Remember when he named his grandson ‘Gaddafi’ and said that Cuba and Castro were a source of ‘inspiration for freedom-loving people?’ Hello? Cuba? How about the time he said the United States committed ‘unspeakable atrocities?’ He called George Bush a ‘small man.’ He was a communist who supported Hamas, a terrorist organization. It’s hard to imagine George Washington fitting into that mold.

The Glittering Eye: I think it’s both true and untrue. It’s true in the sense that he’s part of the creation mythology of his country just as Washington is part of ours.

However, I think that the effusive encomiums being lavished on him are, to say the least, excessive. Yes, he’s an important figure for South Africa. I don’t think he has the world status that Washington does. Washington in his voluntary leaving of office created a standard that others, including Mandela, have only followed.

South Africa is better than it might be if Mandela had followed the path of revenge rather than reconciliation. As to whether the present South African experiment will bear fruit or whether it will descend into the same pit that neighboring Zimbabwe has remains to be seen.