TheBlaze: Close to 100 legislators from 32 states met in Mount Vernon, Va., Saturday to discuss the possibility of adding amendments to the U.S. Constitution through a convention of the states. 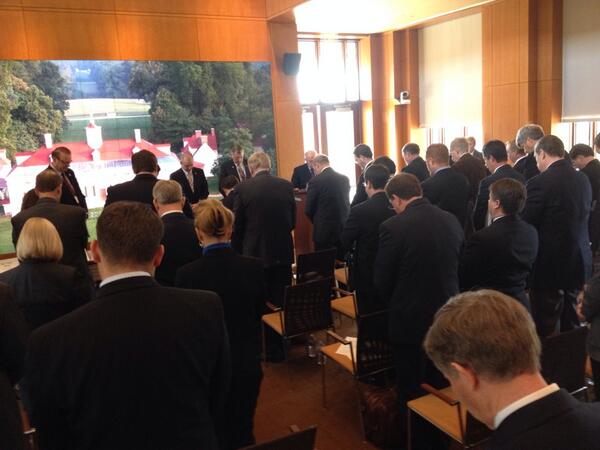 Such a convention, as outlined in article five of the Constitution, would allow state legislatures to vote on amendments to add. 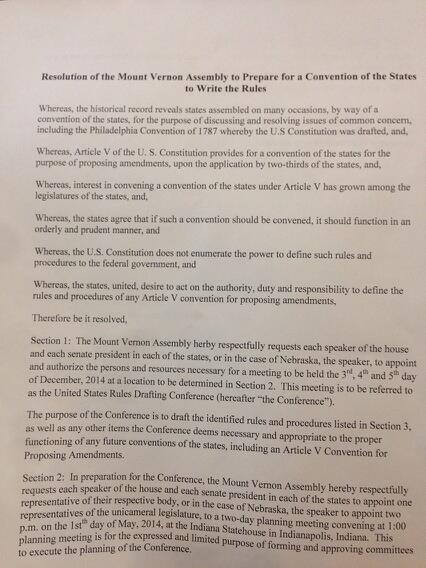 No constitutional amendment has been added this way, but some say the Constitution specifically allows for states to use the convention as a means to push back against the federal government.

Gaining Steam? Nearly 100 Lawmakers Descend on Mount Vernon to Talk Convention of States December 7, 2013 9:01am via Twitter for iPhone ReplyRetweetFavorite 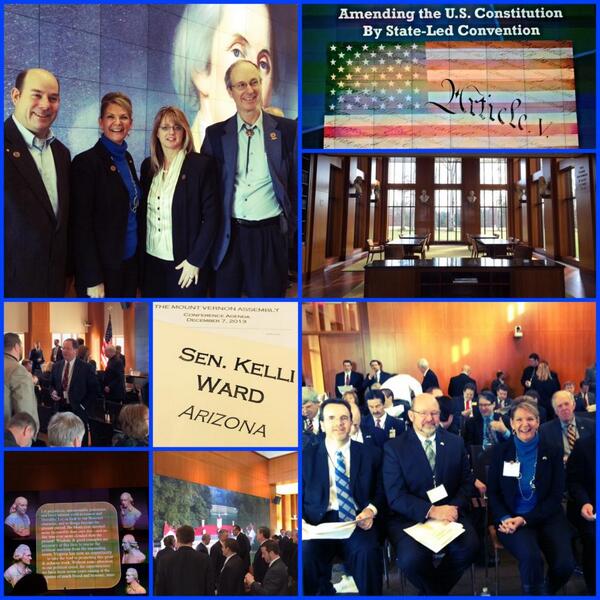 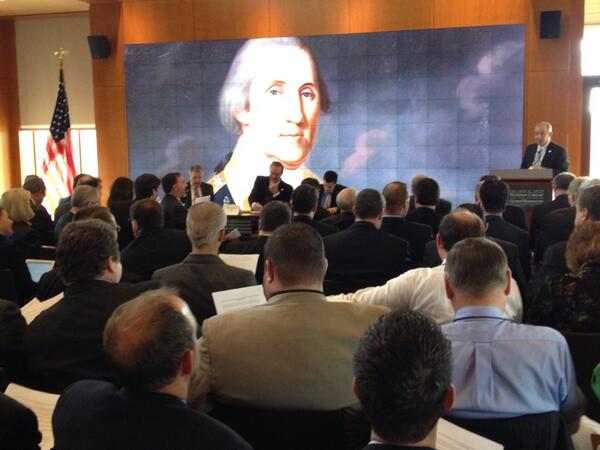 There has been growing support for the idea of a convention, but there is also healthy skepticism.

Still, regardless of whether one thinks it’s a realistic idea, Virginia and South Carolina have both pre-filed applications for a convention, meaning some are taking the idea very seriously.

Saturday’s meeting represents the most recent attempt by legislators to discuss seriously the possibility of adding amendments to the Constitution through a convention.

“We discussed the process of bringing the Article V convention into reality and agreed to meet next year at a time yet to be determined due to the need to meet when state legislatures are adjourned or in recess. That will assure more participation. We also discussed a possible resolution to go to each state requesting their legislatures establish a selection process for delegates to be attending an Article V. Convention.”

“We recognized the need for wide communication to the public of our work. I feel it was a very good first step toward success.”

Folks, this Article V movement is off the ground!

Are you nervous about calling your state legislators? Here’s what you do:

1. Find their contact number. Most state legislatures have a website where you’ll find all the contact information you need. Just do an internet search: “[My State] State Legislature.”;

2. Call them. Try to use a landline, as this will give you the clearest signal. You don’t want to drop this call!

3. Introduce yourself and thank them for their service: “Hi, my name is [Your Name]. I live in your district, and I appreciate your service in our state legislature.”;

4. Explain why you’ve called: “I’m calling because I’d like to talk to you about an opportunity the states have to take back power from the federal government.”

5. Explain the problem: “Almost everyone knows our federal government is on a dangerous course. The unsustainable debt combined with crushing regulations on states and businesses is a recipe for disaster.”

7. Explain the COS Project: “The Convention of States Project was launched to call a convention for the purpose of proposing amendments that impose fiscal restraints and limit the power of the federal government.”

8. Voice your support: “I support this approach. I want [name of your State] to be one of the necessary 34 states that passes a resolution calling for a Convention of the States. You can find a copy of the draft resolution and a legislator’s handbook (which briefly explains the process and answers many questions) at www.conventionofstates.com.”

9. Give them an action step: “I ask you to support the Convention of States Project and become either the lead sponsor or co-sponsor of a resolution in the next legislative session.”

10. Thank them again and give them some contact info: “Thanks so much for your service to the people of our district. You can reach the COS Project at [email protected] or call them at 540-441-7227.”

When you finish your conversation, let us know what your state representative thinks! We need a legislator to sponsor our application in every state, and we’d love to talk to a state congressman from your area. That’s it! Of course, it’s always best to use your own words and explain it however you feel most comfortable. We’ve provided this outline as a guide. Good luck! – The COS Project Team

Glenn Beck Declares ‘Convention of States’ Is the ‘Only Way Back’