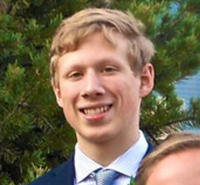 The young gunman responsible for the shooting on Friday at Arapahoe High School in Colorado is described in a variety of ways by his classmates: Socialist, Communist… See a trend? Sadly, my daughter came to us today and said that students don’t hold political views, so that cannot be true. Except it is and it is straight from the students themselves. Oddly enough, his family attended Bible study meetings according to the neighbors. It would appear that the son did not share the family’s religious beliefs.

“He was friendly enough. Very proud of being a socialist. He was very outspoken on his political views,” student Angie Mock said. “To him, it just meant economic — more economic equality.”

Eighteen-year-old Karl Halverson Pierson walked into his Denver, CO high school with a shotgun, looking for a specific teacher – Tracy Murphy. His classmates say that he was not a loner; he was outspoken, intelligent and had Communist views. This is the Left – a prima facie Progressive. He critically wounded one student and wounded another before offing himself. It was all over 20 minutes after the shooting was reported and Pierson lay dead from a self-inflicted gunshot wound. Some say it was because he was kicked off the Speech and Debate Team by the school librarian. Two Molotov cocktails were also found in the school. One went off, but didn’t hurt anyone.

Senior Chris Davis, 18, told CNN that Pierson was “a self-proclaimed communist, just wears Soviet shirts all the time.” The Wall Street Journal noted that Davis said Pierson once wore a shirt emblazoned with the letters U.S.S.R. and described himself as a communist.

An ABC News report noted that students said Pierson held communist views and liked to discuss current events and issues and pose his own solutions. None told ABC News that Pierson was bullied for his beliefs.

This is what our kids are learning in our government controlled schools. We are losing them mind, body and soul to the collective.

Since the media lapdogs are Marxists/Socialists/Communists/Progressives themselves, they seem to be all in on covering up the facts when these violent individuals are exposed for their ideology. The Denver Post this time got caught by TheBlaze:

The Associated Press noted that classmates of Karl Pierson, the 18-year-old who walked into his suburban Denver high school with a shotgun Friday, held communist views.

There’s now word that in a Denver Post profile of Pierson, a classmate calls the shooter “a very opinionated Socialist.” But when the story was apparently updated, the classmate describes Pierson as just “very opinionated.”

What happened to the “Socialist” adjective is anybody’s guess.

Pierson was also a “Keynesian” – color me not surprised:

In one Facebook post, Pierson attacks the philosophies of economist Adam Smith, who through his invisible-hand theory pushed the notion that the free market was self-regulating. In another post, he describes himself as “Keynesian.”

“I was wondering to all the neoclassicals and neoliberals, why isn’t the market correcting itself?” he wrote. “If the invisible hand is so strong, shouldn’t it be able to overpower regulations?”

Other media outlets such as news.com.au, seemed to focus on the ironic fact that Pierson was anti-gun and got bullied a lot. Well, I guess that makes violence a-okay. Just another normal Communist/Socialist, from another normal Progressive family. What is it with Socialists and violence anyway?

2 thoughts on “What Is It With Socialists and Violence Anyway?”