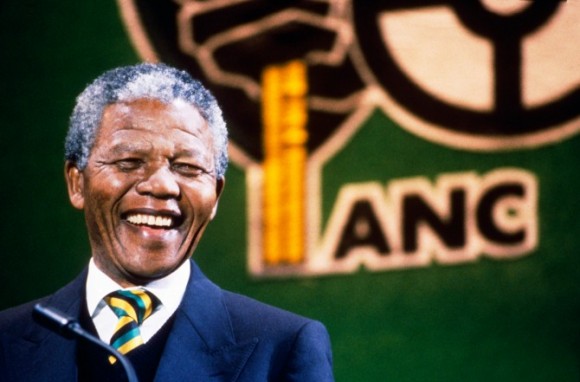 British comedian Rowan Atkinson makes people laugh as the humorous “Mr. Bean.” But his brother, Rodney Atkinson, a political writer and commentator, isn’t laughing about the attempt by the media to make Nelson Mandela into a savior of South Africa.

He is quoted in the London Daily Telegraph as saying, “Mandela and his ANC [African National Congress] were about to turn South Africa into a Marxist, communist country when they were bought off by the American Democratic Party and big multi-national business who showered the new black rulers with wealth and power, and, above all, with favorable international media coverage, in the lead on which was, of course, the BBC, despite its treatment by that other genocidal racist Marxist, Robert Mugabe in Zimbabwe.”

It’s true that leading Democrats, such as former President Bill Clinton, have been raising money for the Nelson Mandela Foundation.

Meanwhile, Jim Allister, who represents a unionist political party in Northern Ireland, said, “I think the uncritical hysteria following the death is verging on propaganda.” He added, “Mandela had been blessed with a long life, drawn to a close only by natural causes—something brutally denied to the victims of his ANC and the victims of the IRA, which his ANC so avidly supported!”

On December 6, he posted this comment: “When Baroness Thatcher died the BBC fell over itself to show balance; Mandela dies and BBC eschews anything approaching balance.”

The British Daily Mail reports that that the BBC aired more than 100 programs about Mandela in one week, and that a total of 1,834 viewers and listeners had complained “as the airwaves continue to be flooded with tributes disrupting radio and TV schedules.”

The BBC responded, “Nelson Mandela was one of the most important world leaders of the 20th century whose long and complex life story represents a moment of historical change for people in South Africa and around the world. His death was something we regarded as sufficiently significant both to break into our scheduled coverage and extend our news programs. His political and cultural influence was global and as both a UK and international broadcaster it is important that we reflected that, and the range of reactions to his death, to all our audiences.”

Some complaints are being directed against U.S. media coverage of Mandela, who was depicted even by some conservative commentators as a George Washington-type figure or a freedom fighter.

Going beyond this fawning coverage, NBC’s usually reliable foreign correspondent, Richard Engel, turned in a strangely positive story about a rising South African political figure by the name of Julius Malema, who has singled out white people for racist treatment and confiscation of their property.

Engel reported, “When Julius Malema was a teenager he was in the crowd cheering for Nelson Mandela. Now he’s running for president as champion of the have-nots. His plan is a radical redistribution. White South Africans, just 10% of the population, own most of the land.” Malema told Engel, “They [the whites] must give a portion of their land to black people.”

Malema is the head of the Economic Freedom Fighters (EFF), which Engel forgot to mention is openly Marxist-Leninist. He used to run the Youth League of Mandela’s African National Congress (ANC). The group is a self-declared “radical, leftist, anti-capitalist and anti-imperialist movement with an internationalist outlook anchored by popular grassroots formations and struggles.”

The EFF manifesto includes “Expropriation of South Africa’s land without compensation for equal redistribution in use.”

A recent EFF event featured banners declaring the “Honeymoon is over for white people in South Africa,” and, “To be a revolutionary you have to be inspired by hatred and bloodshed.”

Rather than portray Malema as a serious threat to the white population, Engel depicted the whites in charge of the “white-owned farms” as backward thinking and fanatical in their determination to protect their land through force. Some were labeled as “white extremists” for training with weapons for self-defense.

The EFF also has a foreign policy that declares, “…we call on the Apartheid state of Israel to end its racist occupation of Palestinian lands, and join on the call for the international isolation of the Israel through boycotts, divestment and sanctions until they end the occupation. Furthermore, we join the international call on the release of the Cuban Five and lifting of the trade embargo on the Cuba and its people. We also believe that all economic sanctions on Zimbabwe must be lifted and the people of Zimbabwe must be given a chance to enjoy in the wealth of nations.”

The Cuban Five are Castro’s spies imprisoned in the U.S.

Zimbabwean President Robert Mugabe, under fire for human rights violations and even accused of genocide, received “thunderous applause” from thousands of black people who turned out for the Mandela memorial service.

Instead, however, media attention has focused on a sign-language interpreter who was a fraud, and a “selfie” photograph joined in by Obama.

The prospect of “white genocide” in South Africa, however, is a non-story.