Shooters know what they like and seemingly every marksman has their own preference for which caliber is best. While it may be impossible to definitively say “9mm is the Greatest Caliber Ever!” it’s easy to make the case that it is and there are a number of reasons to feel that way, even if a logical person can make a case for just about any caliber.

We’ve assembled some of the most authoritative studies conducted, gathered the opinions of respected 9mm shooters, and as many other fact-based sources as possible to create this guide. While AmmoForSale.com certainly doesn’t intend to make the claim to have a solution for every shooter, we do believe you can make a case that each of the three primary handgun calibers could very well be best. In this article, we make the case for the most popular handgun caliber on the market today through eight distinct characteristics.

I’ve never heard of a person who survived a shootout stating that ‘I wish I’d had less ammo on hand in that fight,’” Garry Hamilton, a long-time shooter and writer at Noisyroom.net said. 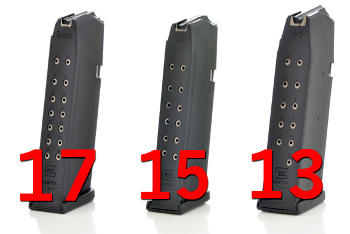 When you really need it, you’ll be glad to have the extra rounds afforded by carrying a 9mm over larger pistols.

Whether you own a full-size 9mm pistol with the capacity to carry 18 rounds or a compact version that only carries closer to 10 rounds, odds are you’re going to have more chances to hit your target than if you carry a firearm chambered in .40 S&W or .45 automatic colt pistol.

Especially in high-adrenaline, self-defense situations, statistics show shooters aren’t as accurate as they might be under different, less threatening circumstances. Obviously, the more opportunities you give yourself to hit your target, the more likely you are to neutralize a threat or simply hit your mark.

It is simple, magazines afford you flexibility and additional rounds if you need them. While it’s not hard to find a large 80-round drum magazine for just about any firearm these days, it’s somewhat unrealistic to believe you’ll be carrying a magazine that large in a true defense situation. After all, who can holster a drum magazine comfortably?

Read the rest at AmmoForSale.com… This is an incredible post – a must read. And while you are there, buy as much as you can. Beats the hell out of the stock market. 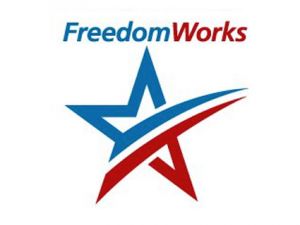 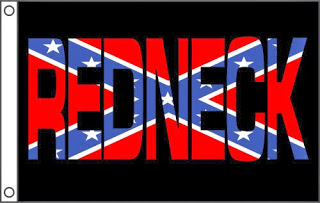 I enjoy Jeff Foxworthy jokes, “You might be a Redneck if…”, explanations about the way some folks go through life. The fact that I laugh at his brand of humor qualifies me as a Redneck.

“You might be a Redneck if you and your dog use the same tree.”

You might be a Redneck if the first words out of your grandbaby’s mouth are, “Hey, Bubba”, instead of, “Momma”. I added this one, a spur of the moment thing since my grandchild just blurted out what sounded like, “Hey, Bubba”.

Foxworthy can go on and on; but that’s not why I’m writing today, something else came to mind.

You might not believe you’re still in America…When you hear Hillary Clinton say, “What difference does it make?” (bolded to emphasis her disdain) 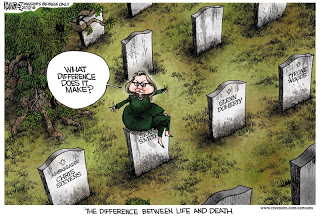 Doesn’t that just burn all the way down each time you see Ramirez’ one panel comic strip, Hillary in her green frock sitting on the grave marker of a brave American who died waiting for support?

Actually, there were several one panel cartoons of Hillary screaming at anyone who dared ask about her involvement in the Benghazi cover-up; but this one covered a lot of ground, kind of like the shadow that follows Hillary.

“What difference does it make?” Imagine the gall of anyone questioning Her Excellency and expecting a reasoned response from the next anointed president of the Socialist States of America.

You might not believe you’re still in America if illegal aliens are being promised billions of dollars while at the same time Veterans’ benefits were being cut.

“Today, (Harry) Reid filled the amendment tree on the Ryan-Murray budget to foreclose further amendments. Sessions wanted to propose an amendment to the spending bill that would delete the veterans’ benefit cuts and replace them by closing a loophole that allows illegal immigrants to suck billions of dollars out of the treasury.”

You might not believe you’re still in America if a six year old boy gets suspended for kissing the hand of a fellow classmate and is accused of sexual harassment. I’m not making it up, this actually happened last week in Colorado.

“This is taking it to an extreme that doesn’t need to be met with a 6-year-old,” Saunders told KRDO. Now my son’s asking questions, ‘What is sex, mommy?’”

You might not believe you’re still in America if police force drivers off the road so Federal agents can ask them to ‘voluntarily’ submit to having bodily fluids swabbed from inside their mouths.

Some might say this is a violation of the 4th Amendment, but Reading Police Chief William Heim told the Reading Eagle his police officers were there for, “site security only and did not pull drivers over or ask questions”. But he didn’t stop tripping over his tongue there…

“In the grand scheme of things, I think it’s a pretty innocuous and minor issue,” Heim said.”

He might as well have said, “The 4th Amendment, who gives a rat’s patootie?”

You might not believe you’re still in America if a 9 year old student can be suspended for wishing his teacher, “Merry Christmas”.

“Dawson’s teacher, 35-year-old Paul Horner who is an outspoken Atheist, was offended at the student’s display of Christmas spirit and had staff suspend the young boy for the rest of the week.”

Here’s a big “Bah-Humbug” for Paul Horner with additional instructions to read Charles Dickens’, A Christmas Carol; but that book has probably been removed from the school library.

Last; but certainly not the least, you might not believe you’re in America when Barrack Hussein Obama can lie through his teeth and tell the public, over and over again, “If you like your Plan You can keep your Plan”; all the while knowing millions of Americans would lose coverage as Obamacare took effect.

“They had the studies that showed that up to 80 million people would lose their health insurance,” Beck said Monday on his radio show, which is syndicated on more than 400 stations. “Now we find out this week that number is actually 125 million. Half of the population in the United States, they knew half of the population of the United States would lose their doctor and their health insurance?”

Would someone turn out the lights on your way out; the America I knew and loved no longer exists.

On health care, Senator Shaheen did not tell the truth. Still like your Senator? You can keep her. If you don’t, you know what to do…

WaPo: ‘Every Democrat Should Be Scared’ of this Obamacare Ad