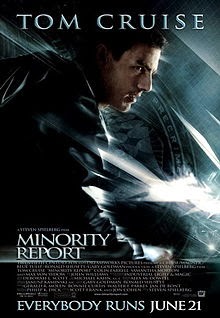 Reading some of the headlines makes this old retired cop cringe on a regular basis. Take for instance the following, “Texas judge: Search warrants can be obtained based on predictions of future crimes.”

If that’s the only part of the article you read then it’s entirely possible you also saw images of Tom Cruise waiting for the little ball to roll down after the Pre-Cogs envision a future crime, organize the ‘evidence’ on that neat wall sized viewing screen and then drop out of the sky with his team of Future Crime Officers in those futuristic pods to sweep up some poor schnook moments before he murdered his wife (or is that murders, so hard to figure out since it has yet to happen) murders his wife who has been cheating on him moments after he leaves for work in the morning.

Here’s what readers were presented:

“The incident began during the summer of 2010, when police in Parker County, Texas, staked out Michael Fred Wehrenberg’s home for a month. According to the Dallas Observer, authorities allegedly received a tip from a confidential informant stating Wehrenberg and his associates were “fixing” to cook meth in the home. Without obtaining a search warrant, they walked into the home and arrested the people inside.

It was only after arrests were made that police sought out the warrant necessary to confiscate the meth-making material in the home, including boxes of pseudoephedrine, stripped lithium batteries, and other items. On the warrant application, however, police declined to mention that they had actually been in the house prior to obtaining authorization for the search, mentioning only the informant who tipped them off.”

My question; not that a retired cop would ever question the actions of fellow law enforcement officers, if they had all the information from a month long investigation why didn’t they obtain a warrant PRIOR to engaging the suspects in their home?

Obtaining a valid search warrant is done PRIOR to entering a house and looking for evidence or don’t they teach that at the police academy anymore? The same holds true for going through someone’s vehicle; a warrant must be obtained PRIOR to looking for incriminating evidence. If the law isn’t followed then anything found can’t be used in a court of law as evidence, it’s that simple; …or is it?

The Texas Appeals Court found in favor of the police citing a Federal ruling which permits infringements on the 4th Amendment. I’m not making this up; apparently the Federal government threw away the 4th Amendment some time back and has gotten away with it ever since.

“In the dissent, Judge Lawrence Meyers wrote that the only reason police decided to apply for the warrant is because they had previously entered the house illegally.” (…and he got it right; shame on the other judges)

Judge Meyers’ dissenting remark was followed by a sarcastic explanation of the slippery slope we are now rapidly falling down as the courts now permit lawless law enforcement practices to prevail.

“Search warrants may now be based on predictions of the commission of future crimes,” the judge wrote.”

We now have lawless law enforcement with the blessing of the courts. Next thing you know Homeland Security will think they can set up check points on our nation’s highways in order to search, without warrant, random motorists.

It’s time to turn the computer off and watch an old Ronald Reagan or Jimmy Stewart movie; yea, Mr. Smith Goes to Washington. With any luck I’ll fall asleep recalling a time when government respected limitations placed on it by our Constitution and Bill of Rights.