By: Dan Holler
The Forge 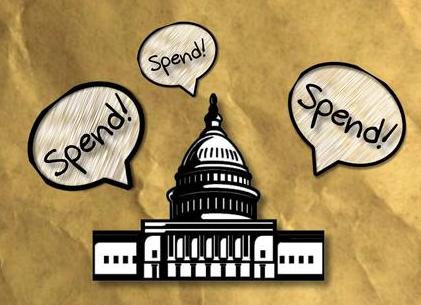 Lawmakers are already looking for a procedural path that will ease passage of a $1.012 trillion spending bill early next month. CQ Roll Call (sub. req’d) reports the “Closed-door negotiations on the fiscal 2014 omnibus over the next two weeks will be the best chance for lawmakers and lobbyists to secure funding or favored provisions since few if any amendments are expected when the legislation moves to the floor in January.”

After the massive omnibus is unveiled in early January, there will be little if any opportunity for lawmakers to amend the bill:

House leaders could find another bill that previously passed both chambers but has yet to be conferenced, strike the text and replace it with that of the omnibus. The House Rules Committee could pass such a measure under a closed rule, allowing for no amendments and quicker consideration in the chamber. That measure would then be sent to the Senate as a so-called “message,” and that designation would allow for only one procedural vote — and subsequently limit the opportunity for opponents to filibuster the measure — ahead of final passage.

However, few such “shell” bills exist, and it is unclear whether leadership could find an adequate legislative vehicle.

Another approach would be for Senate leadership to take one of the four fiscal 2014 appropriations bills that passed the House earlier this summer, replace it with the omnibus text and send it back over to the House for consideration following two procedural votes.

An anonymous Republican appropriations aide told CQ Roll Call that is it “premature to speculate” on the process this early, but as we saw with Ryan-Murray, negotiators try to control the flow of information to ensure the debate is framed on their terms.

Americans and their representatives should invoke the 2010 Republican Pledge to America and demand an open, transparent process:

By forbidding amendments on spending bills, Democrats have denied lawmakers the opportunity to tighten Washington’s belt and slash wasteful and duplicative programs. Structure dictates behavior, so we will let any lawmaker — Democrat or Republican — offer amendments to reduce spending.