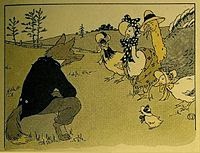 As children we all laughed and giggled when we heard the story of Chicken Little warning everyone, “The sky is falling”. We should have pretended to agree and made a fortune in the field of Junk Science warning everyone about CO2 levels causing the world to end. Man made global warming alarmists are working hard to scare and misinform everyone about catastrophic doom caused by rising Sea Levels, “We’re all going to drown”.

“Researchers estimate Greenland has lost more than 200 million tons of ice and snow each year since 2003. The ice sheet will completely disappear when the planet’s average temperature rises by 2 to 7.2 degrees Fahrenheit above preindustrial temperatures, as predicted by the latest report from the Intergovernmental Panel on Climate Change, released in September.”

Contrast that last LIE from the United Nations IPCC (Translated: IPCC to Agenda 21, the Political Action Committee intent on World Wide Wealth Redistribution and destruction of individual property rights) with what Cliff Harris a real climatologist had to say.

“…the Antarctic Ice Sheet is growing faster than we’re ever been led to believe. In fact, the Old Byrd Weather Station has been crushed in recent years by more than 50 feet of ice.”

“While some of the ice has been melting in recent years around the edges of southwestern Greenland, similar to another warm period in the 1930s when the center of the North American Continent was experiencing ‘Dust Bowl’ conditions, most of the interior has seen snow and ice levels increase for decades on end.”

Of course you have to dig around to find articles which run contrary to the “consensus”, or as Al Gore and everyone profiting from the Kyoto Protocol would have us believe, “the science is settled”.

There is no such thing as science by consensus; but never let the facts get in the way of a great story.

Joseph D’Aleo, CCM, AMS Fellow, wrote, The Ice in Greenland is Growing. Instead of listing only the data which supports man made global warming and the end of the world alarmist movement, data which confirms ice melting along the coast of Greenland, D’Aleo imparts the whole story.

“Though the ice may be melting around the edges of the Greenland Icecap in recent years during the warm mode of the AMO much as it did during the last warm phase in the 1930s to 1950s, snow and ice levels continue to rise in most of the interior. Johannessen in 2005 estimated an annual net increase of ice by 2 inches a year.”(emphasis added) 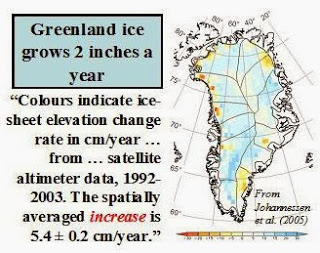 The Obama administration is hell bent on destroying our ability to compete with the rest of the industrialized world. The EPA continues to engage in a well orchestrated destruction of the coal and oil industries with ever increasing costly mandates to reduce emissions beyond any reasonable measures.

Representatives of so called environmental groups like the Sierra Club, IPCC, ICLEI, WNO put in place to advance a totalitarian Utopian Earth via Agenda 21’s disingenuous concern over the quality of air or water file law suit after lawsuit against anyone who dares to increase energy production. The end result being added expense to the point of shutting down our economy. This is about power and control and has nothing to do with the environment.

If you believe this is all just a coincidence then I’ll invite you over to play a game of chess. You can watch my random moves right up to the point where I declare, “Checkmate”.

I’ll leave you with a line found at the end of an article posted this past July by Jeremy A. Kaplan, Skeptics put the freeze on NASA ‘hot air’ about Greenland ice, which exposes the ridiculous and yet sinister game being played by professional scammers like Al Gore.

Those who seek to impose environmental mandates (Agenda 21) will stop at nothing to accomplish domination and control. Their lies and deceptions regarding global warming, or ‘climate change’ as they’ve altered their strategy have proven they will stop at nothing.

If you still believe their actions are random and have no end game then it shouldn’t surprise you a bit later on down the road when you hear the fatal words, “Checkmate”. 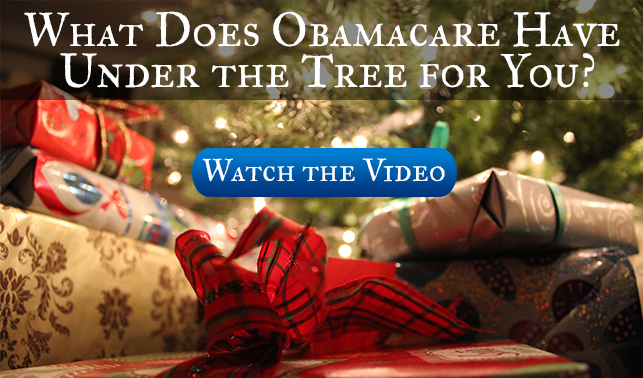 None of us likes to be disappointed on Christmas. If your family members promised you a nice gift for Christmas, we hope they keep it! If they do, they’ll be acting in stark contrast to the folks in government, who made repeated false promises about what Obamacare would give us.

Watch our Obamacare parody video to see what you don’t want for Christmas — and what Obamacare has already given us. 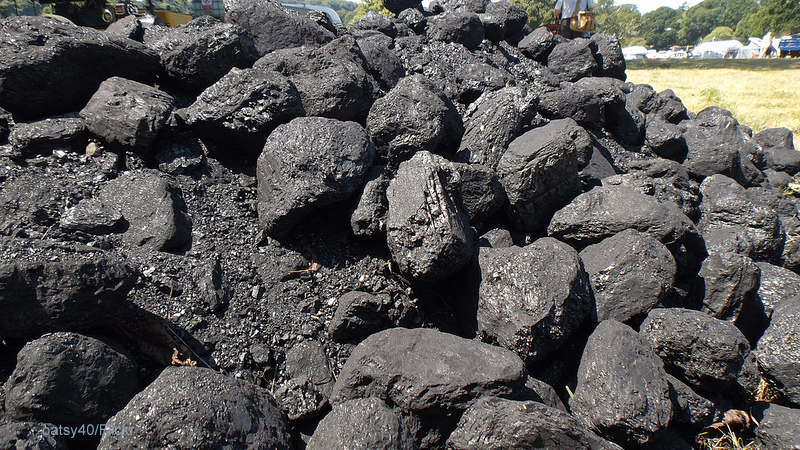 Coal isn’t very popular around Christmas. No one wants to be under threat of getting coal in their stocking from Santa. But coal deserves a lot more credit than folks give it. Understanding the importance of coal in our everyday lives allows us to see why it’s actually pretty desirable.

Think about the electric stove or microwave where you’re heating up some hot cocoa, or that pretty string of lights you have wrapped around your Christmas tree, or that fun new technological gadget you’re charging. Coal is an important means of powering your life, because coal-fired power plants generate over 40 percent of America’s electricity.

Yet, the Heritage Foundation explains, the U.S. is moving in the wrong direction when it comes to coal production:

The only folks in America that may have a greater aversion to coal than small children at Christmastime are big-government politicians looking to bring about the coal industry’s demise through crippling regulations:

When coal’s decline is driven by market forces, such as from the extraction and supply of cheap natural gas from shale formations, consumers and the economy at large are made better off. But when politicians unnecessarily choke coal supplies through excessive regulations devoid of environmental benefit, the result is less competition, higher prices, and job destruction.

The rest of the world seems to understand how a dependable, affordable energy source such as coal can improve personal welfare and serve as a critical input for economic prosperity. Congress should reverse the course of this Administration’s path to drive out coal and allow the market to determine America’s energy mix.

Coal may not be an ideal stocking stuffer, but let’s give coal the credit it deserves. It’s part of the reason we can enjoy our Christmas and holiday festivities so much!

Sheriff DEFENDS Duck Dynasty to CNN: ‘You shouldn’t be punished for belief in the Bible’

The Silencing of the Ducks

Verily, It Is A Clusterduck