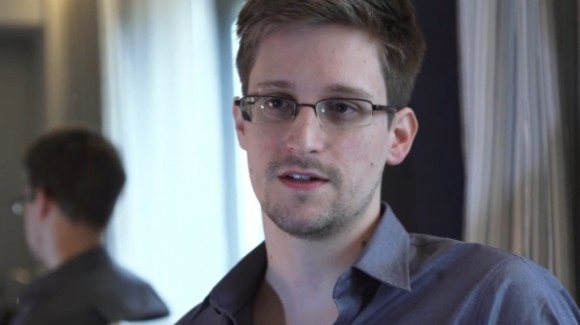 While NSA traitor Edward Snowden was preparing his “alternative” Christmas message—in which he posed as a friend of the privacy rights of children from his refuge in Moscow—The Washington Post was disclosing that the NSA has played a key role in destroying communist terrorism in Colombia.

The Post disclosed that the Cuban-backed FARC, once the largest and most effective terrorist organization in Colombia and South America, has been decimated because of “substantial eavesdropping help from the National Security Agency” to the government of Colombia.

At least two dozen leaders of communist terrorist movements in Colombia have been killed as a result.

The December 21 Washington Post article by Dana Priest, “Covert action in Colombia,” wasn’t intended as sympathetic to the NSA. She is known as someone who wants to score points exposing U.S. intelligence operations. But the end result was to buttress the case made by those defending the embattled agency.

The story begins: “The 50-year-old Revolutionary Armed Forces of Colombia (FARC), once considered the best-funded insurgency in the world, is at its smallest and most vulnerable state in decades, due in part to a CIA covert action program that has helped Colombian forces kill at least two dozen rebel leaders, according to interviews with more than 30 former and current U.S. and Colombian officials.”

The second paragraph reads: “The secret assistance, which also includes substantial eavesdropping help from the National Security Agency, is funded through a multibillion-dollar black budget. It is not a part of the public $9 billion package of mostly U.S. military aid called Plan Colombia, which began in 2000.”

The lengthy article revealed how the CIA, working with the NSA and the Pentagon, helped Colombian President Alvaro Uribe manage a very successful war against the communist terrorists in the country. “Voice intercepts from radio and cellphone communications were decrypted and translated by the National Security Agency,” the article noted.

The paper added, “Most every operation relied heavily on NSA signal intercepts, which fed intelligence to troops on the ground or pilots before and during an operation.”

The NSA also “increased its monitoring” when U.S. and Colombian forces were close to locating three captured Americans.

However, the current Colombian President, Juan Manuel Santos, is negotiating with the terrorist movement in Havana and opening the door to their participation in the political process. The FARC even has a website on their devotion to “peace.”

Not surprisingly, Snowden’s Moscow backers were outraged by the revelations about the NSA’s effectiveness. Sam Sacks of the Moscow-funded Russia Today (RT) propaganda channel questioned the legality of the anti-terrorist operations.

Sacks provides another example of how Moscow and American progressives are still working together, despite the end of the Cold War.

Sacks is identified by most liberal websites carrying his material as a “progressive commentator and former Democratic staffer on Capitol Hill” who serves as senior producer of the show “The Big Picture with Thom Hartmann,” also on RT.

You may recall that Hartmann physically tried to grab my flip camera and censor me when I was filming and questioning him about his payments from Moscow.

On his website, Sacks discloses that he worked for Democratic Rep. Allen Boyd from January 2008 to October 2010. Boyd was defeated for reelection in the 2010 election, when the Tea Party helped Republicans gain control of the House. Boyd called outgoing Speaker of the House Nancy Pelosi “The face that defeated us.”

“During the height of the Tea Party movement,” Sacks said, “I managed a constituent mail operation of over 5,000 letters a month for a Democratic Member of Congress, responding promptly to the fomenting masses.”

In addition to RT, his bio says Sacks has also contributed to, Truthout.org, Alternet.org, and Hustler, the pornographic magazine. Currently, he says he’s the founder and editor of The DC Sentinel at DCSentinel.com. His latest entry is “Crisis of Capitalism Explained.”

Edward Snowden, giving his Christmas message from Moscow, never hinted that the NSA may be involved in monitoring America’s enemies. Instead, he talked about children growing up without privacy rights.

The “alternative Christmas message,” sponsored by Britain’s Channel 4, was delivered in 2008 by Mahmoud Ahmadinejad, the then-president of Iran who became notorious for saying Israel would be wiped off the map.

Snowden said to “…remind the government that if it really wants to know how we feel, asking is always cheaper than spying.”

For his part, Russian President Vladimir Putin, calls Snowden “noble” and says, “Thanks to Snowden, a lot has changed in the minds of people around the world, including politicians.”

At the same press conference, a reporter asked who the second most important politician in Russia is, and whether Putin has a successor. Putin talked about Gennady Zuganov, the leader of the Communist Party, supposedly a relic of the Cold War.