The 2014 South Carolina TEA Party Convention welcomes a modern-day Paul Revere, Trevor Loudon! Bring your friends to Myrtle Beach — this is too important to miss! 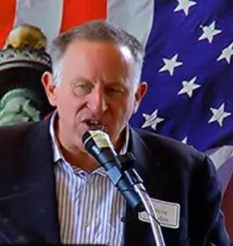 “The Enemies Within: Communists, Socialists and Progressives in the US Congress,” is like no other book written on American politics. The book exposes, in layman’s terms, the comprehensive communist, socialist and extreme progressive infiltration of the US House of Representatives and the Senate.

The book profiles fourteen Senators and more than fifty Representatives and their ties to the Communist Party USA, Democratic Socialists of America, the Workers World Party and The Institute for Policy Studies, Council for a Livable World and other radical anti-American organizations. Trevor has done the hard work to connect the dots of why the US Congress has moved further and further left over our lifetime and you won’t want to miss him. The Mid-Terms are coming. It’s time to clean House — and Senate! Get yourself prepared with facts. Don’t miss it! 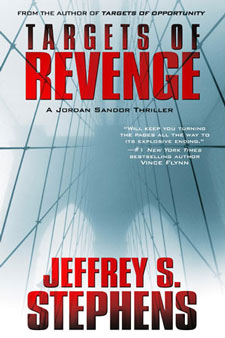 Just my kind of book – who doesn’t love a spy thriller? Deep and unforgettable characters enjoy an intriguing plot that captivates the reader and pulls them into the story. In short, this book is what a good book ought to be – riveting. Five gold stars to Jeffrey S. Stephens’ thriller, Targets Of Revenge.

The story reads like modern-day headlines, employing very believable characters that span from a hero, who is a hardened CIA agent, to a Russian power broker, to an insane Venezuelan. Hmmm… remind you of anyone? And just as is currently happening to and in America, the bad guys all want to destroy the home of the brave. Enter agent Jordan Sandor. Bio-terrorism becomes the game of the day – one that several of my colleagues out there have war gamed over and over. Once again, NYC is in the sights of terrorists and someone has to kick butt and save the day, which our intrepid CIA agent does very, very well. No thanks to de Blasio and the Marxists, I might add.

This is the third book in the series and I am purchasing all of them. They are that good and I hugely enjoy Jeffrey Stephens’ storytelling and writing. In this action-packed masterpiece, you will find intrigue, personal loss, intense action scenes and yes, the good guy wins. Heart pounding and realistic, Stephens’ shows just how easily and how badly terrorists can attack and maim the most powerful nation on earth. The read is not only non-predictable, it is surprising in its twists and turns. He doesn’t worry about political correctness – his character does what he should… kill the bad guys. Kill them good.

Spanning the globe, agents race the clock to beat terrorists and bio-terrorism. If you love spy thrillers and Die Hard action scenes, you’ll love Targets Of Revenge. Buy it now and get the other two… it’ll take your mind off the American apocalypse. Just sayin’.

All the bureaucratic scolding in Washington cannot stop resourceful CIA Agent Jordan Sandor when he’s hungry for revenge. This time he’s on the hunt for the cold-blooded sociopath known as Adina, whose indiscriminate slaughter of innocent people, including Sandor’s close friend, represents man at his worst.

Mobilizing a team of skilled and dedicated agents to carry out his secret operation, Sandor flies in the face of his superiors’ stern warnings—ultimately crash-landing in the heart of the Venezuelan jungle. Armed with little more than a combat knife and a deadly automatic weapon, he infiltrates Adina’s camp and discovers that the ruthless terrorist is smuggling not only cocaine into the United States, but also a deadly substance that could cost tens of thousands of lives.

Sandor develops intel that leads him to Egypt and then Moscow as he fights to prevent this disaster, but after he lands on Interpol’s list of international fugitives, the truth becomes clear: Adina’s evil web extends to the far corners of the globe. Meanwhile, someone Sandor trusts could very well be feeding the agent dangerous lies as he struggles to stay on Adina’s trail.

More focused than ever, Sandor refuses to end his perilous mission, even after he has been taken captive. In the end, when he uncovers the realities of Adina’s deranged plan for a catastrophic assault on New York City, Sandor has no choice but to risk his life to protect his country’s safety and freedom.