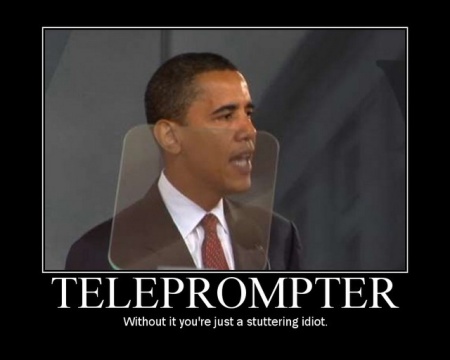 If you are like me you are wondering what the Obama Administration has in store for 2014. If it’s anything like what we’ve seen in the past we will need to sit down and buckle up. It’s most likely going to be another bumpy ride for those of us who would rather see the ride end and have our country returned to us in one piece. Included in the Obama Administration and what we need to watch for in 2014, at least in my mind, are those individuals nominated by this Administration. Although, they are not technically in the administration they usually possess the same or similar progressive ideologies which allows the President to advance is agenda.

Take for example, U.S. Supreme Court Justice Sonia Sotomayor. She does not work for Obama but was nominated by him for the position she now holds. Generally speaking, when a president nominates a person for such a high office of the United States, it is because that nominee espouses the same general political and philosophical views.With that being said, the last couple of days have left me scratching my head as to why Justice Sotomayor delayed the contraceptive mandate at the last possible minute, one day before the major provisions of the health care law were to go into effect?

While most Americans, at least those that understand the U.S. Constitution, would agree that such contraception requirements clearly violate one’s religious beliefs under the First Amendment and should never have been tried in court in the first place, I continue to wonder what motivated her to bring the stay. It would have been so easy for her just to allow things to proceed forward. Was it because she knew that there would not be a victory for Obama and she wanted to give him additional time to come up with a more viable argument in favor of the mandate or was there another reason?

A couple of interesting facts may help to explain her motivation, although, we may never fully know the answer.

First, I discovered that Justice Sotomayor came from modest beginnings and was raised by a mother who worked hard to provide for the family after Sotomayor’s father passed away when she was only nine years old. While she did attend a top notch university (Princeton) and a prestigious law school (Yale) it appears from all accounts that she struggled somewhat with learning English but obviously overcame any obstacles she may have encountered to earn her spot. She did not come from wealth but rather from a family who believed in working hard and earning their way. Perhaps because of her background and her struggles she can better understand the concepts of justice and fairness which are described in the U.S. Constitution. However, since she does not believe that the Constitution is settled law, but only law decided by the court is settled, this is likely not the case for her order.

Secondly, Sonia Sotomayor is a Latina of Puerto Rican descent. She is also the first Latina U.S. Supreme Court Justice in U.S. history. I don’t know her religious affiliation, but a good number of Hispanics in this country are both Christian and Catholic.

Perhaps due to the dismal ratings this Democratic President has received of late, and his courting of the Hispanics for their vote in the upcoming elections, Sotomayor may have reasoned that the Hispanic vote would be negatively impacted if she did not tiptoe lightly on this issue.

Her order, however, did not stop the Obama Administration from asking for the dismissal of the stay based upon grounds that the contraception mandate did not apply to this plaintiff group. However, Obama’s new argument has the potential to shift the focus from religious beliefs to one more along the lines of standing. One has to wonder why Obama did not make this argument in the lower courts.

Thus, Sotomayor’s reprieve may result in the shifting of the focus away from religious beliefs, sidestepping questions regarding First Amendment rights, and leaving undecided the question of whether or not the contraception mandate is constitutional. Additionally, this shift in focus may help the Obama Administration to get back in the good graces, at least temporarily, of its Hispanic voter base.

Finally, George H.W. Bush previously nominated Sonia Sotomayor for U.S. District Court Judge for the Southern District in New York City in 1992. Her pro bono work for Puerto Rican Legal Defense and Education Fund caused her to be noticed by Democrats Senator Edward Kennedy and U.S. Senator Daniel Patrick Moynihan. Perhaps since she is liked by both Republicans and Democrats, this demonstrates that she is a person who is not influenced by political objectives but rather by what is right and just. I am skeptical that this is the case. By all indications, she is a die-hard liberal and her decisions would lean along those lines. In my opinion, the Bush appointment was most likely just another attempt at a bi-partisan gesture by a less than conservative president.

Too many times we have witnessed this President pass unconstitutional laws, by-pass Congress, sign executive orders on Friday, or introduce major legislation (powers granted only to Congress) during some major holiday so that the damage would go unnoticed and without retribution from the public . My instinct tells me that Justice Sotomayor had her own similar agenda for waiting until the 11th hour before granting the stay. While I know that the U.S. Supreme Court Justices are not supposed to be influenced by the President, Congress, or anyone else for that matter in deciding a case, the odds are that she is on the same page as this Administration.

The final outcome of this case and other cases pertaining to the contraception mandate, in which she may be involved, will set the record straight and settle the question as to whether or not justice is blind when it comes to this U.S. Supreme Court Justice.