We have all become aware of that Russian ship that became ice-bound 1200 miles from Antarctica. The news media told us on a daily basis of the failed rescue attempts by ice-breakers to free the passengers and crew. In their typical fashion what the news media did not tell us was who those passengers were. The Russian ship was chartered by a group of scientists doing a documentary on Global Warming. So it seems it would have been too embarrassing to the Al Gore fanatics to mention this when the ship got stuck in the ice. Being Politically Correct does cover up a lot, doesn’t it?

Now it also seems that our Great Leader Barack Hussein Obama must have been one of the “passengers” who missed the boat when it sailed. Good old Barry issued one of his famous Executive Orders while the ship was en-route. Just goes to show you how out of touch he is with reality. This news just came to light today thanks to CNS News in the midst of a Polar Vortex causing life-threatening below-zero temperatures across most of America.

In his executive order on climate change, Obama warned that too much rain – and not enough rain – also dictated that executive action against climate fluctuations:

“The impacts of climate change — including an increase in prolonged periods of excessively high temperatures, more heavy downpours, an increase in wildfires, more severe droughts, permafrost thawing, ocean acidification, and sea-level rise — are already affecting communities, natural resources, ecosystems, economies, and public health across the Nation. These impacts are often most significant for communities that already face economic or health-related challenges, and for species and habitats that are already facing other pressures.”

“Managing these risks requires deliberate preparation, close cooperation, and coordinated planning by the Federal Government, as well as by stakeholders, to facilitate Federal, State, local, tribal, private-sector, and nonprofit-sector efforts to improve climate preparedness and resilience; help safeguard our economy, infrastructure, environment, and natural resources; and provide for the continuity of executive department and agency (agency) operations, services, and programs.”

If uncontrollable laughter doesn’t warm you up a little bit after reading this then you must be a Democrat. They seem to be a type of species who are incapable of rational thinking. Maybe they can fix this problem by altering the reports from the weather bureaus like they did with the unemployment figures from the Labor Dept.

And I’m not the only one who has figured this out. See this from the Conservative Byte. 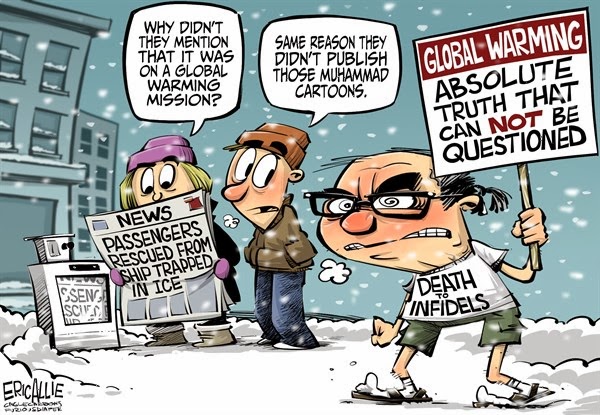 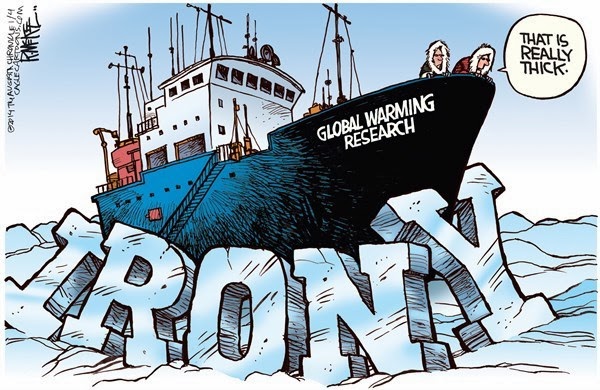 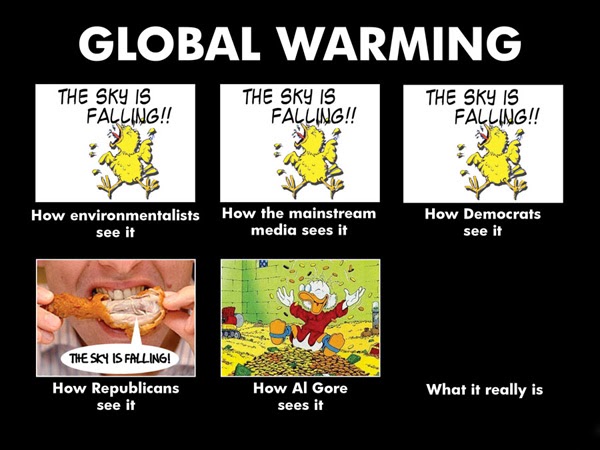 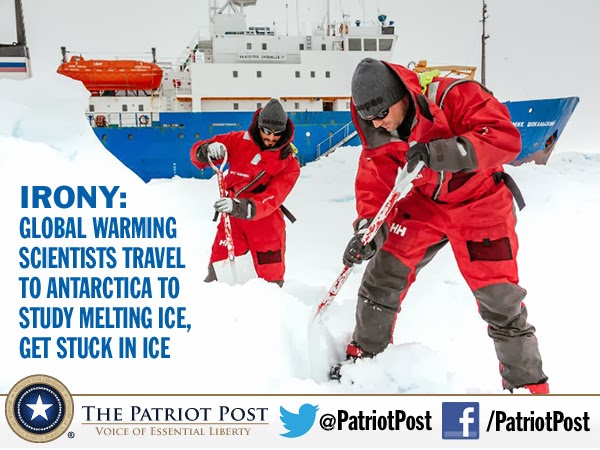