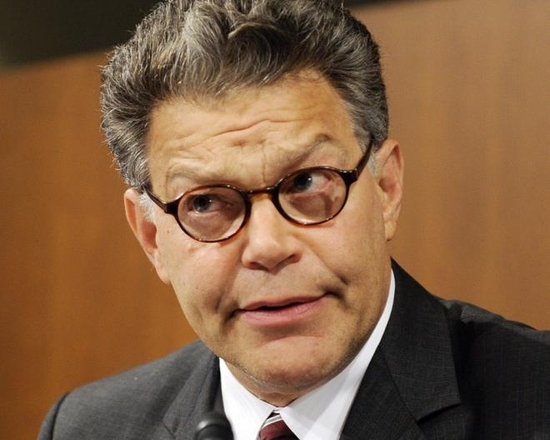 Many are outraged that Obama would nominate a cop killer advocate to head the DOJ Civil Rights Division. http://bit.ly/1lAFaSD When will people realize that Obama is a lawless Chicago thug politician who surrounds himself with henchmen?

One such Obama henchman that we have a golden opportunity to defeat is Senator Al Franken. Franken’s numbers are tanking. Only 39% of Minnesota voters have a favorable opinion of Al Franken.

Franken has become notorious on Capital Hill for numerous over-the-top angry outbursts against Republican Senators and staffers; behavior unbecoming of a U.S. Senator. http://bit.ly/JLnqWd Minnesota voters deserve much, much better than Franken.

Not only did henchman Franken help write the tyrannical Obamacare, he cast the deciding vote http://bit.ly/1hqaOSJ and boldly parroted Obama’s infamous lie, “If you like your health care plan and doctor, you can keep them.” http://bit.ly/18YfH06

Franken wrote a letter to fellow Obama hench-persons at the IRS instructing them to harass conservative groups. http://bit.ly/1i9oWgv Have you ever heard of such arrogant unethical behavior by a U.S. Senator? Are we dealing with a presidential Administration or a crime family?

Elected to the U.S. Senate under suspicious circumstances http://bit.ly/1azZNGx, Franken has been a tool of radical liberal special interest groups, rather than pursuing the best interest of the people of Minnesota.

Franken is so radical, he received a zero percent rating from numerous groups that include Citizens Against Government Waste, National Association of Manufacturers, Campaign for Working Families, Concerned Women for America, American Library Association, Sportsman and Animal Owners Voting Alliance and the American Conservative Union.

Franken is hellbent on protecting his boss’ signature power grab, Obamacare, which is wrecking havoc in the lives of millions of Americans. http://bit.ly/1cFdlQJ Removing the vulnerable Al Franken from the U.S. Senate is a powerful step towards repealing Obamacare.

As Obama reenforces his ranks with new henchmen like his disgusting DOJ nominee, it is crucial that we exploit every opportunity to weaken Obama’s ability to lawlessly bully us into submission. In 2014 we need to make it a national priority to defeat Al Franken; one less henchman for Obama. http://bit.ly/19W5jZR