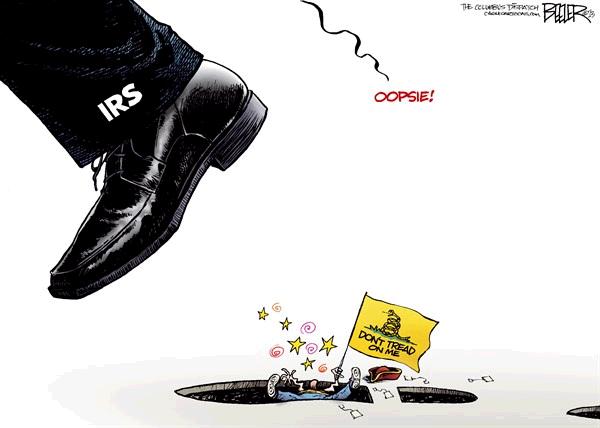 The IRS got caught with their pants down last year. So now they are writing regulations that will allow them to do legally what they were doing illegally before. Every time you think these people can sink no lower, they go out of their way to prove you wrong. A cabal of leftist groups sued the IRS demanding they adopt these regulations, whereupon the IRS went out of its way to comply. This is a classic set up. It was probably agreed to in advance between the IRS and the plaintiffs. Now that they are complying, the leftists have magically dropped their suit!

Here is how to fight back. The following was written by Cleta Mitchell, one of the best attorneys in this field. Read it, follow the instructions and pass them around. The following is reprinted verbatim with permission:

DON’T LET THE IRS SILENCE YOU!!

COMMENTS ON THE PROPOSED IRS REGULATIONS FOR C4 ORGANIZATIONS

Comments can be filed via email:

Submissions may be sent electronically via the Federal eRulemaking Portal at http://www.regulations.gov

That will take you to the IRS comments page where you can enter your comments. Be sure to include your name and address.

1. Rules are complex and impose huge burdens on 501c4 groups to calculate and report to IRS many (if not most) normal c4 activities…that will not be counted toward primary purpose if these are adopted.

2. The activities that the IRS would now define as ‘candidate-related political activities’, subject to taxation and reporting to the IRS, are basic 501c4 activities:

Tell the IRS these rules are unacceptable because they would:

Many other possible examples and reasons. Write your own. Call your congressman!

Join with other grassroots activists in fighting the IRS regs!