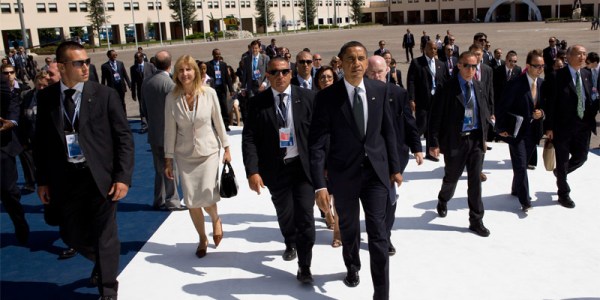 In 2010 millions of American tea-party constitutionalists, to include the GOP’s Christian base, united in a remarkable grass-roots effort to rein in our unbridled federal government and return it to its expressly limited constitutional confines. As a result, an unprecedented number of counter-constitutionalist lawmakers (read: liberal Democrats) were swept from office.

The Obama administration wasn’t going to take this lying down. Whether it was by tacit approval or via direct order remains largely immaterial. The president quickly and unlawfully politicized the Internal Revenue Service, using it as a weapon against his political enemies. In an explosive scandal that continues to grow, the Obama IRS was caught – smoking gun in hand – intentionally targeting conservative and Christian organizations and individuals for harassment, intimidation and, ultimately, for political destruction.

Not only has Obama faced zero accountability for these arguably impeachable offenses, he has since doubled down. With jaw-dropping gall, his administration has now moved to officially weaponize the IRS against conservatives once and for all.

Despite the furor over the IRS assault on conservative groups leading up to the 2012 elections, this man – a despotic radical who’s turned our constitutional republic into one of the banana variety – has quietly released a proposed set of new IRS regulations that, if implemented, will immediately, unlawfully and permanently muzzle conservative 501(c)(4) nonprofit organizations and their individual employees. (The 501(c)(4) designation refers to the IRS code section under which social welfare organizations are regulated).

The new regulations would unconstitutionally compel a 90-day blackout period during election years in which conservative 501(c)(4) organizations – such as tea-party, pro-life and pro-family groups – would be banned from mentioning the name of any candidate for office, or even the name of any political party.

Here’s the kicker: As you may have guessed, liberal lobbying groups like labor unions and trade associations are deliberately exempted. And based on its partisan track record, don’t expect this president’s IRS to lift a finger to scrutinize liberal 501(c)(4)s. Over at a Obama’s “Organizing for America,” the left-wing political propaganda will, no doubt, flow unabated.

These Orwellian regulations will prohibit conservative 501(c)(4) organizations from using words like “oppose,” “vote,” or “defeat.” Their timing, prior to a pivotal election, is no coincidence and provides yet another example of Obama’s using the IRS for “progressive” political gain.

Mat Staver, chairman of Liberty Counsel Action – one of the many conservative organizations to be silenced – commented on the breaking scandal: “One of the core liberties in our constitutional republic is the right to dissent,” he said. “But desperate to force his radical agenda on the American people, Barack Obama and his chosen political tool, the IRS, are now trying to selectively abridge this right, effectively silencing their political adversaries.”

Specifically, here’s what the proposed regulations would do to conservative groups and their leaders:

Continued Mat Staver: “We would be restricted in promoting conservative values, such as protecting our constitutional rights against these very kind of Executive Branch infringements.

“We would even be prohibited from criticizing the federal bureaucracy. If this new set of regulations goes into effect, Liberty Counsel Action – all conservative 501(c)(4)s for that matter – will be forbidden to ‘oppose’ or ‘support’ anything in the political arena and we’ll be prohibited from conducting our ‘get-out-the vote’ campaigns or issuing our popular voter guides.

“Further,” continue Staver, “individual employees of conservative groups will be banned from speaking or messaging on incumbents, legislation, and/or voting records – or speaking on the nominations of judges or political nominees being considered by the Senate. This also includes taking on state and local politicians.”

“These are the same tactics used by the Obama administration to illegally target conservative 501(c)(4) organizations during the last two election cycles, only now the strategy has been greatly intensified and formalized.

“You may recall that former President Richard Nixon was famously forced to resign for improperly using Executive Branch assets for political purposes.

“Rather than preparing a solid defense to confront these serious allegations, a brazen Barack Obama has chosen instead to reconfigure his illegal tactics into a set of ‘regulations’ on nonprofits, opening the door for an IRS crackdown on select organizations,” Staver concluded.

Indeed, once caught abusing his executive authority to target the very U.S. citizens he’s sworn to serve, even a nominally honorable man would immediately reverse course, resign and accept the consequences of his illegal actions.

But we’re not talking about an honorable man.

Freedom-loving Americans are asked to file a public comment in opposition to this proposed IRS regulation at Regulations.gov. All comments are due by Feb. 27, 2014.

Also, please sign this petition to the Senate Committee on Finance, Taxation and IRS Oversight to ensure that all 501(c)(4) organizations formed to promote conservative values will be treated fairly by the IRS.

Matt Barber (@jmattbarber on Twitter) is an author, columnist, cultural analyst and an attorney concentrating in constitutional law. Having retired as an undefeated heavyweight professional boxer, Matt has taken his fight from the ring to the culture war.

One thought on “Obama Moves to Weaponize IRS”