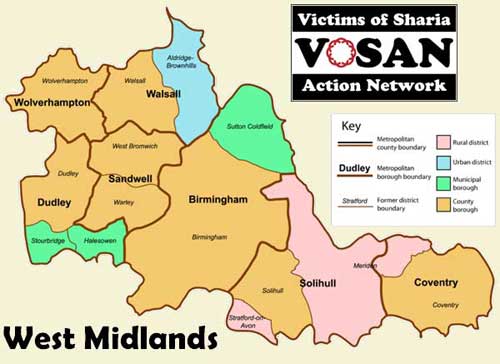 BACKGROUND TO THE CASE

Mr Burton was clearly expressing a personal opinion and should therefore be protected under the right to freedom of expression that Britons supposedly still enjoy. Also the issue of truth was not mentioned and to the best of our knowledge no legal proceedings have been initiated on grounds of defamation. Of course we are not making a judgement here about whether the remarks were true or false – that would be a matter for the civil courts.

The apparent heavy handed and overzealous approach of the UK police is especially worrying in that it may discourage people in the public eye, who make decisions effecting society, from being held to account – something that is essential in any functioning democracy. If this sort of official action is allowed by current hate crime legislation then it is clear that such legislation is in desperate need of review if the UK is to meet its international human rights obligations.

The fact that the Mr Burton has been charged suggests that sharia norms are increasingly becoming embedded into British society at the expense of traditional conceptions of law and justice. However, sharia is not been implemented openly and honestly, but by stealth, often via ill-defined and broadly applied ‘hate crime’ regulations.

It would appear that Mr Burton has become a victim of sharia, just like victims of bulling and persecution in many Organisation of Islamic Cooperation (OIC) member states where sharia provision are applied more directly. The specific sharia concepts that appear to be being implemented in this case in the UK are the concepts of slander (ghiba) and talebearing (namima).

The Islamic concept of slander is very different to what Western law recognises (see http://legal-dictionary.thefreedictionary.com/slander). Western legal systems tend to require a statement in question to be untrue. However, under sharia truth is irrelevant. The well respected manual of sharia law, Reliance of the Traveller refers to slander and talebearing in the following terms:

“Slander (ghiba) means to mention anything concerning a person that he would dislike, whether about his body, religion, everyday life, self, disposition, son father, wife, servant, turban, garment, gait, movements, smiling, dissoluteness, frowning, cheerfulness, or anything else concerning him.” (page 730, r2.2)

“As for talebearing (namima), it consists of quoting someone’s words to another in a way that worsens relations between them.” (page 731, r2.3)

It therefore appears that in the United Kingdom, the Islamic concepts of slander and talebearing are being subsumed under the broad and ill-defined heading of ‘hate’. It appears that public authorities are treating non-Muslims as second class citizens, something else that sharia demands. This means that in a very stealthy and underhand manner the United Kingdom is sidestepping its obligations under international law with regard to the most basic of human rights.

In places like Pakistan such legal provisions are regularly used to persecute religious minorities. It is unfortunate that UK policy makers are either not doing due diligence when legislating or are legislating to deliberately undermine basic freedoms.

ICLA believes that freedom of expression is the cornerstone of a free and democratic society. It also believes that religious and other minorities, or indeed anyone, should not be subject to discrimination and persecution and that sensible legislation that respects basic human rights is required to ensure this. We recognise the necessity for and the considerable advantages that are derived from different cultures to working together in an increasingly globalised world. However, in the interests of basic human rights and equality before the law, it does not believe that incorporating sharia principles into the legal system is the answer. Sharia results in religious persecution and is therefore not something that should ever be used as a solution in any just and democratic society. The division of the world into Muslim and Non-Muslim that is stipulated by sharia does not serve the interests of a just and cohesive society and risks creating greater division and bad feeling. Our goal is to create a just society where people are both free to express themselves while at the same time being free from persecution and intimidation. We therefore seek to work with people and organisations from across the religious and cultural spectrum who also want to improve community cohesion and ensure a just and happy society.

We therefore make the following recommendations:

1) That in the interests of justice and to ensure that the UK meetings its international human rights obligations the petty and politically motivated charges against Mr Burton be dropped.

2) That the British Government reviews all its hate crime legislation to ensure that fundamental principles of justice are not undermined. Vague regulations need to be replaced by ones that are well defined and that can be easily understood by the general public and by law enforcement professionals.

3) That all stakeholders come together to help create a just and cohesive society.

The International Civil Liberties Alliance recommends activists to do the following:

1) If you are in the UK then you should write to your Member of Parliament about this issue cite the above Liberty GB quote above (including a link to it). Ask them whether they personally believe that scarce police resources are used in this way to undermine freedom of expression rather than serve the interests of justice. You may also like to ask them whether they are in favour of reform of hate crime legislation to prevent overzealous policing that is evident in this particular case. Contact details for MPs can be found HERE.

2) If you are in another country you should write to the British Ambassador or High Commissioner in your country citing the Liberty GB quote above (including a link to it). You should also ask them whether human rights abuse implied by this this sort of incident could impact negatively on the relations between your country and the UK. Do the state sponsored abuses suffered by people like Tim Burton indicate that Britain is no longer the land of freedom of expression that it purports to be when lecturing other countries. Contact details can be found via the following: https://www.gov.uk/government/world/organisations

Remember to be polite and respectful in all your communications.

More information about VOSAN can be found HERE.