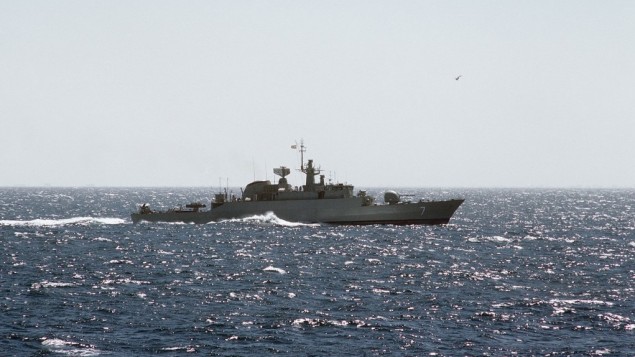 Gee, it’s just peachy that we are giving Iran additional time to go completely nuclear. And we are giving them billions in dollars to help them out. Don’t want them to run short when they get ready to take out Israel, you know… Iran could have a bomb in as short a time as 2 to 3 weeks – Israel estimates 1 to 2 months. As we give them trust and money, they are vowing to annihilate Israel. That makes us complicit in the planning and carrying out of genocide.

It’s not just Israel though… the Great Satan is definitely in Iran’s battle plans for war. They have been strengthening ties with Cuba, Venezuela and Bolivia – guaranteed to bring terrorism to our homefront and Obama will have American blood all over his hands – again.

Solidly, over the past week, Iranian media outlets have been highlighting a 10-day visit to Latin America by Iranian Deputy Foreign Minister for European and American Affairs, Majid Takht Ravanchi. The Cuban government can’t wait to cuddle with the Iranian theocrats and become ‘strategic partners.’ They are spouting the same tired old rhetoric that the Iranians have every right to nuclear power. What they really mean is, they have every right to a nuclear bomb and global aggression. The line is long to join the Axis of Evil these days apparently.

Under the guise of strengthening trade and economic expansion, despots will unite across the globe with a common goal. The destruction of the free world and the rise of communism and theocratic totalitarianism. Iran’s Fars News blathered on about Venezuelan President Nicolas Maduro who “described Iran as a great power that deserves special respect.” That’s communist respect. Mass murdering asshats have to stick together after all. A hot topic was ending the hegemonic powers’ monopoly on world resources. In other words, taking what is America’s and giving it to the more deserving communists. That is what redistribution of wealth is all about. It’s not helping the poor… it’s helping communist regimes.

To further their goals, Iran will use Hezbollah as their terrorist weapon of choice:

But some have warned that greater Iranian engagement in Latin American could also spur more terrorist activity from its proxy Shiite terrorist group, Hezbollah.

U.S. officials and national security experts told TheBlaze in September that they believe Iran is recruiting an “invisible army” of revolutionary sympathizers in Latin America to one day infiltrate the U.S. through the “soft belly” of the southern border.

As TheBlaze reported, “The Iranian regime’s conversion efforts are becoming increasingly aggressive, especially over the Internet, with the goal of conducting operations against United States interests in the Western Hemisphere, according to U.S. government officials who spoke on the condition of anonymity due to the nature of their work in the region.”

During a March hearing of the U.S. House Foreign Affairs Committee, Roger F. Noriega, former Assistant Secretary of State for Western Hemisphere Affairs under President George W. Bush, testified, “It is said that wherever Iran goes, Hezbollah is not far behind.”

“Hezbollah is not a lone wolf. In this Hemisphere it counts on the political, diplomatic, material and logistical support of governments – principally Venezuela and Iran – that have little in common but their hostility to the United States,” said Noriega, who is now with the conservative think tank American Enterprise Institute.

As Amnesty is shoved down our throats to make the wealthy, wealthier, while providing a permanent slave class for big business and a cemented, never ending get out the Marxist vote; our open borders will enable these terrorists to strike constantly at the US with very little to stop them. Blood will flow and the body count will rise… our government will blame it on the Second Amendment and TEA Party extremists. But they won’t blame it on Hezbollah, Iran, radical Jihadists, communists, Progressives or anything that it actually is. Progressive Republicans and Democrats will wring their blood stained hands and flout their impotence while hiding within their fortified retreats and places of power. The rest of us will be on our own and fighting not only for our country, but for our lives and the lives of those we care about. And so it will go until we either fall as a country or wrest control back into the hands of patriots from the Marxist ruling class. If you don’t want this to become reality, we had better stop this Amnesty push and fast. Obamacare has already destroyed the greatest health system in the world and our economy – Amnesty will finish us off.

While this drama unfolds, Iran is now sending two warships into the Atlantic on a feigned ‘good will tour.’ And pigs fly. This is a first for Iran, who has long wanted to expand their military presence across the globe. All the better to launch EMPs with, don’t ya know.

Iran is moving a group of warships to the Atlantic Ocean for the first time in the country’s history, as its navy held a ceremony on Tuesday in honor of the launch, Iranian media are reporting.

The semi-official Fars News Agency reported that Iranian Navy Deputy Commander Rear Admiral Seyed Mahmoud Moussavi told the sailors gathered in southern Iran that the flotilla bears a message of peace and friendship to the world and aims to demonstrate the Islamic Republic’s defensive power.

“The flotilla, which is the first dispatched to the Atlantic, but the 29th one dispatched to the international waters, consists of Khark logistic and helicopter-carrier warship and Sabalan destroyer. The warships should sail 25,000 nautical kilometers in the next three months,” Fars reported on Tuesday.

The ships will also carry some 30 navy academy cadets in training, according to the Associated Press, which quoted Iranian television.

The Iranian news service says that this is the first flotilla of warships heading to the Atlantic, though Iran has long expressed a desire to make its naval mark in the western hemisphere.

Neither Fars nor Iranian TV said if the ships would be docking in any countries on the Atlantic shores.

As justification (very, very weak at that), Iran says this is in response to the US naval deployment near Iran’s coast in the Persian Gulf. Don’t forget that Iran threatened to deploy ships off the US coast in 2011. So, this has been on the drawing board for a long time.

An emboldened Iran is making war moves and forging alliances in Latin America, while we do nothing. This is far worse than the Cuban missile crisis. Don’t our leaders have a responsibility, morally and strategically, to protect us from terrorism rather than welcoming it into our country? Why would you do away with the Monroe Doctrine unless you wanted America attacked from across the border (or you were on drugs and dreaming of Lotus land — anyone seen Biden lately). Why aren’t more in the halls of Congress demanding action on this? Sometimes I wonder if Americans are so detached from reality that we have lost our sense of survival – our gift of fear of what is real and threatening us. Since our current leadership seems unwilling to protect Americans and their families, we need to put true conservatives in power in 2014 and 2016 who have a spine and will do what needs to be done. This time, we dare not settle for less.