Matthew Boyle of Breitbart recently reported that conservative activist and author Trevor Loudon riled up the crowd to kick off the South Carolina Tea Party convention with a speech in which he offered a “Dream Team” to “put the federal government back in its place.”

Trevor, author of “Barack Obama and the Enemies Within“, is currently on a national speaking tour promoting his latest book: “The Enemies Within: Communists, Socialists and Progressives in the U.S. Congress“. 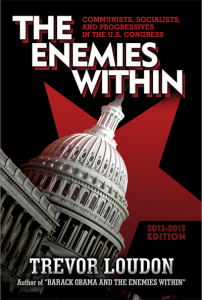 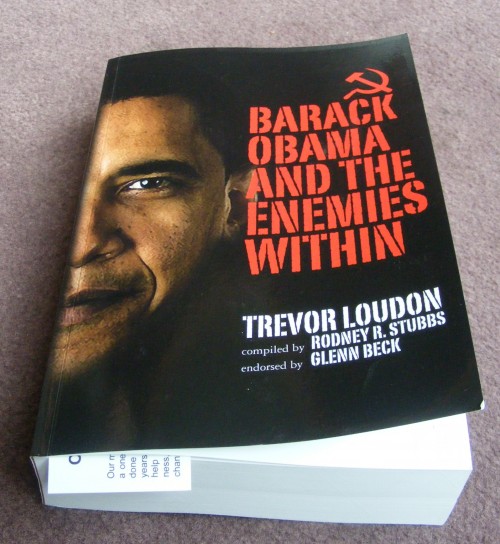 Tonight he joins us between engagements in Ohio to tell us what his “dream team” is and why he believes we must direct our energies towards achieving that goal.

Is Washington, D.C. so far gone, that we have given up keeping score on the job performance of our representatives? “What difference does it really make,” if we send a Democrat or a Republican to D.C.? 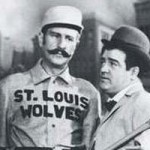 The conservative-oriented Heritage Action Scorecard is one measure of our Michigan representatives’ job performance. Within the Michigan House delegation, progressive Gary Peters predictably rates a 12%, while ‘constitutionalists’ Justin Amash and Kerry Bentivolio rate the highest scores, at 87% and 83%, respectively.

GOP leaders and their congressional members claim to favor the limited government and fiscal responsibility embraced by their grassroots supporters, yet their votes on key bills often tell another story. All the Republican representatives, except for Amash and Bentivolio, joined with Democrat Peters and voted for the progressive $1trillion-dollar Farm Bill (which include $800 billion-dollars for Food Stamps) as well as the Progressive $1trillion-dollars Omnibus Spending Bill.

You really do need a Scorecard to know who’s on whose team, particularly in the upcoming game for all the marbles – amnesty. 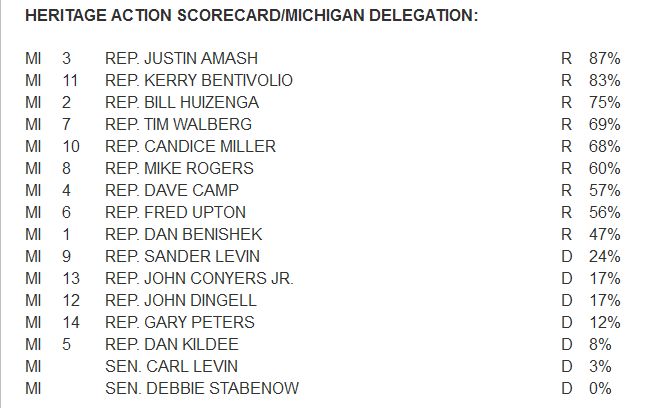