Before I get to the nonsense, which increases daily, I note with sadness the untimely passing yesterday of commentator, writer, and author Barry Rubin, who served as director of GLORIA (Global Research in International Affairs). He succumbed after a long battle with cancer, at the age of 64. Enormously astute in his analysis, he will be sorely missed. As the JPost described him: “one of the most important, indefatigable, and prolific commentators on Middle East politics, international affairs and world history.”

May his family be comforted among the mourners of Zion and Jerusalem. 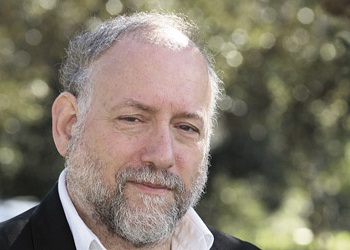 Then I ask, please, that if you have not yet visited the Levy Report/Legal Grounds Facebook page, you do so, and “like” the page: https://www.facebook.com/TheLevyReport.

As well, please ask others to do the same; post the URL on your Facebook and website pages. Thank you. In the face of the awfulness of the current situation, our work becomes ever more important.

There is so much to write about, but I will begin with the dangerous nonsense with regard to “peace negotiations” and the US guidelines that are supposed to be released soon. I am sooo tired of the rumors, the charges, and the countercharges. So much that is ridiculous is being said. It is ludicrous that Kerry says he expects to forge a “peace agreement” within this environment.

That he is having trouble even forging a “framework” agreement, never mind a final peace deal, became readily apparent with today’s news: He doesn’t have the “framework” together yet, and needs more time. Are we surprised? As to that nine-month deadline for negotiations (scheduled to end on April 29), a state department spokesperson says there is still time but that the date, as set, is “artificial.”

The IDF, he declared, can remain in Judea and Samaria (what he calls “the West Bank” – which does not include the Jordan Valley, by the way) for five years. After that, international forces – NATO troops, lead by Americans – would be brought in.

Not an acceptable position from the Israeli perspective. The experience Israel has had with foreign troops, including US troops, has been decidedly negative. UNIFIL troops have allowed Hezbollah to re-arm in Lebanon right under their noses. US troops withdrew precipitously from Lebanon in the 1980s. Once it gets hot, these troops withdraw. Naftali Bennett commented on this at his Bayit Hayehudi faction meeting. “The moment they [international forces] are needed, they run away.” He prefers “old style security: only the IDF will guard our kids.”

As to recognizing Israel as the Jewish state, Abbas called this “out of the question.”

Netanyahu’s response, at his faction meeting: “he [Abbas] knows there will not be an agreement without recognition of Israel as the nation-state of the Jewish people.” He considered ‘”absurd,” he said, the notion that Israel would sign a deal recognizing the “Palestinian people” without mutual recognition from the PA.

The Palestinian state will be demilitarized: It will have only a police force and not an army, claims Abbas. Demilitarization is one of Netanyahu’s demands. Not for a fraction of a second do I believe this, folks. They may call these troops “security forces” or “police forces,” but the PA already has the rudiments of an army (trained and supplied in some good part with US help), and I daresay they are not contemplating dismantling these units. Ultimately, they can be expected to turn on Israel.

Abbas also said: “In my life, and if I have any more life in the future, I will never return to the armed struggle.”

This was certainly for Western consumption. See what Jabril Rajoub, senior member of Abbas’s Fatah party, said on Saturday:

“We have not ruled out an armed uprising as a solution…We will not stop the resistance until the establishment of an independent Palestinian government in east Jerusalem.”

I think my very favorite quote from the Palestinian Arab side is this one, reported yesterday by Khaled Abu Toameh:

“US Secretary of State John Kerry recently threatened PA President Mahmoud Abbas that he would meet the same fate as his predecessor, Yasser Arafat, if he turned down Washington’s proposals for peace with Israel, a Palestinian source was quoted Sunday as saying.

“The source told the website Rai al-Youm that Abbas angrily stormed out of a four-hour meeting with Kerry in Ramallah after the latter exerted pressure on him to accept the proposals.

“The source claimed that Kerry told Abbas his fate would not be ‘less than that of Yasser Arafat.’

“Jamal Muhaissen, a senior Fatah official in the West Bank, said that if the report is true, ‘this shows that Israel assassinated Yasser Arafat after receiving a green light from the US administration.’

“’…If true, Kerry’s threat paves the way for bringing him before the International Criminal Court for threatening the life of an elected Palestinian president,’ Muhaissen said.”

This is merely entertainment: it shows how ludicrous the whole situation is. I am not in the habit of defending Kerry, but if he did say this, he meant, most certainly, that Abbas would end up, like Arafat, a failed leader who could have led his people to peace and did not. I don’t mind admitting that I hope his attempts to deal with the Palestinian Arabs is giving him a stomach ache.

And, for the record, Abbas is not the “elected Palestinian president”: His term ran out on January 15, 2009, and they’ve never bothered to have another election.

And then, for added entertainment, we have this statement by Saeb Erekat, the PA’s chief negotiator:

He is, he claimed, “a direct descendant of the Canaanite tribes who lived in Israel some 9,000 years ago. I am the proud son of the Canaanites who were there 5,500 years before Joshua bin Nun burned down the town of Jericho.”

“However,” reports Algemeiner, “his family tree, posted on Facebook, shows his clan descends from Arabia, not Canaan. His family is part of the Huwaitat tribe, now one of the largest in Jordan, who migrated from Medina to the desert and the Levant settling in Aqaba, then coming to Israel many decades ago, but not centuries nor millennia.”

A perfect example of dangerous nonsense. This is pure nonsense, but then there is always the uninformed person who, hearing Erekat’s claim, will say, “Ah, and the Jews try to take their land.”

For the record as well: Joshua never burned down Jericho, he merely brought down the city’s walls.

On the other hand, while we certainly have nothing of this nature on the Israeli side, I would never claim that I am content with all of the positions our prime minister is taking.

When Abbas refused to recognize Israel as a Jewish state, Netanyahu said something about how it’s now time for the international community to pressure Abbas. Let’s get on with moving towards peace, he declared.

Now, I know he was trying to make a point – that only Israel gets pressured and only Israel is blamed with being a stumbling block. But I wanted to tell him, “Shhh! Leave it.”

And then there is unease with regard to what Netanyahu may agree to when the framework finally is released by Kerry. According to various press reports, special US envoy for the negotiations Martin Indyk has been revealing some details of that framework. One of them – certainly to be expected – is that the negotiations will be based on the “1967 line.”

Also to be expected is that Netanyahu – who wants to paint the Arabs as the stumbling block and does not to appear intransigent himself – will agree to these terms, possibly “with reservations.”

And this, most of all, is unacceptable. This is the chance for Israel to tell the world (if I sound like a broken record it’s because this must be repeatedly said) that there IS no 1967 border; that the line was only a temporary armistice line that was, by treaty, not to prejudice future negotiations on a permanent border; and that, in any event, it was Jordan on the other side and not Palestinian Arabs. In other words, he must make it clear to the world that Israel absolutely does not accept the premise and will not negotiate in accordance with it.

He won’t do this. And it is very dangerous indeed, even if, as Netanyahu likely expects, there is no deal struck. For it sets a precedent and fails to advance a stand for Israel’s legal grounds in Judea and Samaria.

What Defense Minister Ya’alon said, on the other hand, was good:

“I hope we can achieve our goals in this agreement, but if we cannot, Israel will manage…we have to tell the truth and not fool ourselves regarding PA chief Mahmoud Abbas’s intentions. Will he be prepared to recognize Israel as a Jewish state? He has given us a clear answer, and it is no.”

How does this happen? I have not yet touched on issues re: the EU, Iran, and Syria – all matters to be addressed with real seriousness. Nothing remotely amusing there. And yet, I am out of time, out of energy, because of other work that calls. And so, for another post…

I will end on a positive note. The almond trees (sh’kdim), the earliest to come into flower here, are blooming in Jerusalem. It lifts the heart to see this, a symbol of hope. 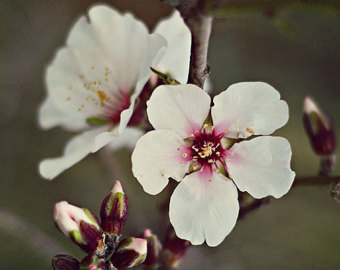 RUSH: Did You Think You Were Gonna Get The Truth On Benghazi 2 Hours Before The Super Bowl?