Two incredible guests today: Trevor Loudon, author of “Enemies Within” and a New Zealand libertarian (who is in Ohio this week for speaking engagements); and, Karen Siegemund, founder of Rage Against the Media.

* Trevor Loudon discusses the communist and socialist ties that many of our elected officials have throughout the country, not just in Washington. He explains how you can find that information and access research. In addition, Loudon explains why it’s important that the United States not withdraw from the rest of the world and what will happen not only to other nations, but to our own freedoms, if we do.

* Karen Siegemund tells us about Rage Against the Media, an organization with the goal of making the media tell the truth and correcting the lies they give us every day. Through protests, social media and other methods, she and her team are organizing to get the message out and inform those who think they’re getting the accurate information from today’s media. 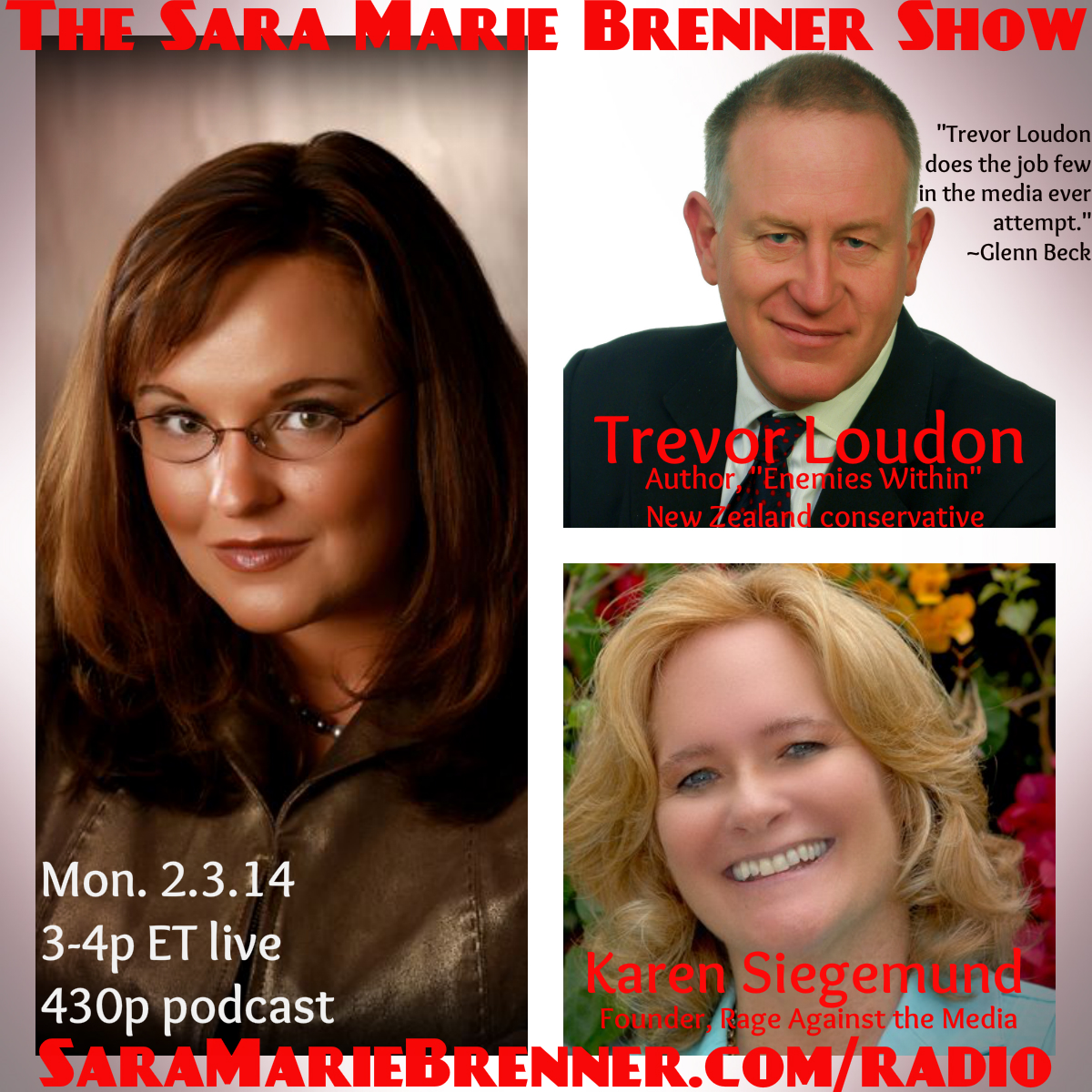 Please join us for The Sara Marie Brenner Show, weekdays 3-4pm ET, LIVE! For all the ways to listen in your car, on your computer or with your device, just visit the radio show page. And don’t worry if you don’t have flash — just download the Live365 app for your Android or Apple device, tune in with Roku, grab the Spreaker podcast later, or listen on your computer.

After the show, the on demand file will be posted at the top of this page (via Spreaker). Shows also replay on this website or using any of the Live365 apps and options with 24/7 streaming of the five most recent episodes of the show.

Trevor says, “I’m a libertarian activist and political researcher from Christchurch, New Zealand. I believe in freedom with responsibility, not freedom from responsibility. My ideal society is one in which government is confined to protecting its citizens from criminals and external enemies. I believe in working with all those who are moving in broadly the same direction.”

Trevor is also the founder and editor of KeyWiki.org, a rapidly growing website with the goal of unlocking the covert side of U.S. and Global politics.

Karen Siegemund is the founder and director of the activist organization “RAGE AGAINST THE MEDIA” which fights against media bias and corruption. Dr.Siegemund believes – as do many of us – that without an informed citizenry, a self-governing nation cannot survive. As a scientist, an educator and an activist, she is committed to ensuring that WE THE PEOPLE are equipped with what we need to be the best, most informed citizens possible. Karen has a bachelor’s degree in applied mathematics, a master’s degree in international relations, and a doctorate in Education and American culture.