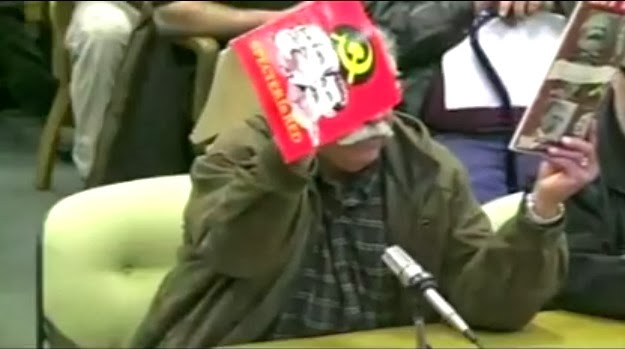 Enslavement Of America – Best Speech Ever By Communism Escapee (Video) – Wake Up America:

At a public hearing on proposed gun control legislation, Manuel Martinez, a man who escaped Cuba in 1962 after opposing Fidel Castro and being imprisoned for it, blasts Oregon gun control lawmakers in an impassioned speech that only someone that has lived through communism and Marxism, only someone that watched innocent men, women and children murdered by their own government, only someone that fought against his whole country being enslaved by a dictator, can give.

He continues, saying “Marxism is not coming, Marxism is here! Marxism has been in this country for quite a while now. And the politicians allow that because they are ignorant or they’re part of the plot!”

“Don’t sell me this. A very powerful man tried to sell me this 50-something years ago, I didn’t buy it, do you think I am going to buy it now after pushing 80 years?” Martinez said. “This is Marxism, plain and clear.”

“They put this dog and pony show saying hey, we are going to protect you. No, what they did was enslave a country,” Martinez said. “They destroyed a country the same way that this country is going to be destroyed if we continue in this fashion. This is what you’re selling here!” Martinez said, holding up old communist magazines from Cuba and stating “This is what you selling here!! You are not selling protection! You don’t care about if we die or live! THIS IS WHAT YOU’RE SELLING!!!