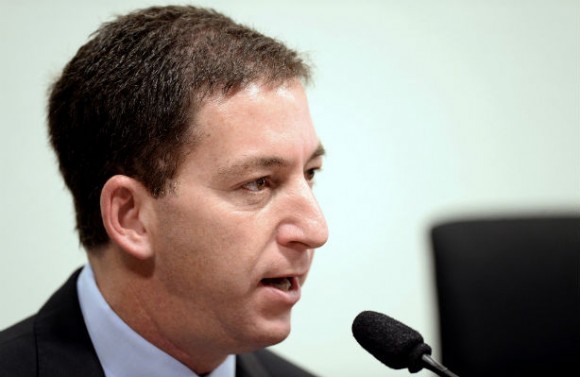 The George Polk Awards, given “to honor special achievement in journalism,” have been awarded to several recipients of stolen national security documents whose work has made America more vulnerable to terrorist attack and its military personnel more likely to die in conflicts with terrorist groups and enemy regimes.

In another major low point for the U.S. media, an official press release says that the reporters being honored “conferred with [Edward] Snowden to negotiate release” of the material and then “revealed the extent of secret surveillance and massive data collected by the National Security Agency.”

But these “revelations” are based on classified documents stolen by Snowden, a former NSA contractor who fled to Russia and is now under the control of the Russian intelligence service, the FSB, and charged with espionage by the U.S.

Glenn Greenwald, one of the Polk award recipients, appears regularly at communist conferences and has said the weakening of America is a “very good thing.”

Defense Intelligence Agency (DIA) Director Lt. Gen. Michael T. Flynn has testified that the disclosures will cost American lives. He said recently that Snowden’s actions have “caused grave damage to our national security,” adding that “the greatest cost that is unknown today but we will likely face, is the cost in human lives on tomorrow’s battlefield or in some, someplace where we will put our military forces—you know, when we ask them to go into harm’s way.”

Responding to questions about whether media access to the stolen documents is being sold by those already in possession of them, FBI Director James Comey recently acknowledged that “fencing or selling stolen property is a crime,” and that “We should be concerned about all the facts surrounding the theft of classified information and its promulgation.”

Reporters disclosing Snowden’s stolen documents also broke the law and, like Snowden, could be charged with violating U.S. espionage laws.

Aspects of Snowden’s conspiracy to violate U.S. espionage laws are still coming out. An NSA memorandum uncovered by NBC News reveals that Snowden swiped a password from one of his co-workers in order to illegally download top-secret documents and turn them over to the reporters now being honored.

Despite media praise and awards for Snowden, Greenwald and their ilk, a recent USA TODAY/Pew Research Center Poll found that, by a margin of 54%-38%, those surveyed say the former NSA contractor should be prosecuted for his crimes. Former national security aide Oliver North has predicted the Russians will kill Snowden when they are done exploiting his documents, and then blame his death on the U.S.

However, the far-left group, RootsAction, insists that Snowden’s only “crime” was “to educate Americans and the world about the dangerous growth of the U.S. surveillance state,” and it wants Secretary of State John Kerry to reinstate Snowden’s U.S. passport.

The George Polk Awards were established by Long Island University after Polk’s death. Polk was a CBS News correspondent who was killed covering the civil war in Greece in 1948. Leftists blamed the Greek government for his death, but individuals associated with the Greek Communist Party were convicted of his murder.

John Darnton, curator of the awards, said, “In the tradition of George Polk, many of the journalists we have recognized did more than report news. They heightened public awareness with perceptive detection and dogged pursuit of stories that otherwise would not have seen the light of day. Repercussions of the NSA stories in particular will be with us for years to come.”

In addition to Glenn Greenwald, the reporters being honored are Ewen MacAskill and Laura Poitras of The Guardian, and Barton Gellman of The Washington Post.

As we have noted in the past, Poitras says she “has been detained and interrogated about her work at the U.S. border over 40 times.” Greenwald himself has written that the Department of Homeland Security has been behind her detentions and interrogations.

With the support of billionaire eBay founder and Iranian-American Pierre Omidyar, Greenwald and Jeremy Scahill have launched a new media publication, Intercept, featuring a story on the NSA’s role in what it called the U.S. “assassination program” using drones that target anti-American terrorists. This followed the launching of a “drone watch” campaign by the Marxist group Code Pink.

Although it opposes American efforts to defend its citizens against terror attacks, Code Pink has been a public supporter of the Marxist regime in Venezuela, now engaged in the violent suppression of dissidents and human rights activists.