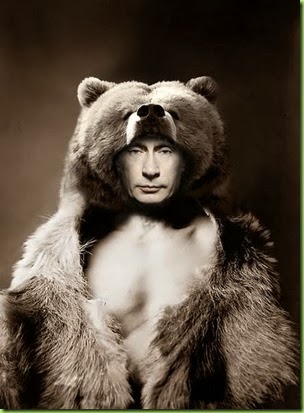 Michelle Obama’s Mirror: Because in Russia All Our Former Peoples Are Belong To Us

Last night the Russian stock market crashed and burned. The MICEX index, the country’s benchmark index, dropped 10%. Then the interest rates started to rise, going up from 5.5% to 7% in order to stop the free fall of the Russian ruble. Some say that Russia is already paying a high price for the actions against the Ukraine. Not really… If you think Putin cares a whit about this event, think again. It’s just a minor annoyance and he doesn’t care if the people suffer. He’s all in for expansionism. However, it does affect American and world markets. As I write this, American markets are down approx. 172 and the Fed is whispering about using inflation here to help right our ship. I contend that once it starts, it will quickly escalate and not right the ship as it could have in the beginning when it should of been allowed to naturally correct the market, but instead, it will sink us. We are so out of control financially that inflation won’t be containable. It’s a Progressive gift from hell and it is coming.

As Putin further tightens his grip on Crimea and the Ukraine overall, look for world markets to roil and for tensions to escalate quickly. With nothing and no one to stand in their way, the Russians are getting their violent conquest on and going for it. Nato is warning that Russia is risking Europe’s peace and security. Guess what? That’s exactly what they want. No surprise over here. Russia has a stranglehold on Europe with their gas and oil lines. If they don’t play ball, next winter will be very interesting and the Russians love economic extortion as a weapon. They’ve planned very well for it by buying up all the natural resources they could and by beefing up their military. Let the people starve – it’s all for Mother Russia!

And what does our insipid, Marxist leader do? He couldn’t make it worse right? Wrong. He’s sending Lurch to Kiev this week. That should go well. That’ll save the day, not.

NATO is standing by the Ukraine. Lines are being drawn and sides taken. Kerry has threatened Russia with being expelled from the G8. That should make the bear snort and shrug. Do you think they give a crap about your clubs and cliques? Putin has no respect for Obama and Kerry. The world is laughing and soon will be weeping over the absurdity of weaklings playing at geopolitics and war:

John Kerry, the US Secretary of State, condemned Russia for what he called an “incredible act of aggression” and threatened “very serious repercussions”, including Russia’s possible expulsion from the G8.

“You don’t just, in the 21st century, behave in 19th century fashion by invading another country on a completely trumped-up pretext,” he said.

Really? Does Libya ring a bell? How about your actions or lack thereof in Benghazi? What a mealy mouthed hypocrite. But he’s in notorious company. The words of Hillary Clinton reverberate:

Secretary of State Hillary Clinton’s gauche gloating over the murder of the late Muslim strongman Muammar Gaddafi in Libya last year (“We came, we saw, he died”), reverberates in ominous echoes these days. Those currently in power would do well not to mimic the arrogant hubris of dead Caesars.

Perhaps we should have someone a bit more credible go after the Russians – maybe someone with moral standing for a change instead of Marxist tools represented by mashed potato face himself. Just sayin’. Why should Russia listen to anything America says, especially given that our leaders may very well support Russia’s actions in reality, which is exactly the opposite of what they are parroting. After all, they’re flexible on the issue.

The signs of a coming conflict — another great war — are all around us. Russia is threatening to pull their US ambassador – that’s usually a precursor to war. Then they cancelled the Oscars viewing last night. The Internet and news outlets are being censored now within Russia and many web sites can’t be viewed there. The US, Britain, France and Canada withdrew from preparations this week for a G8 summit in June in Sochi. Tick, tick, tick. The Ukraine invasion may have been the fuse that sets the world on fire.

The Ukraine has now called up its military forces, but against the Russian bear, they would have almost no chance of succeeding. Already, key leaders with the opposition are turning tail and running back to Mother Russia. The head of the Navy just switched sides. So far, the invasion has been relatively bloodless. The Ukrainians have been down this road before. Better to surrender when necessary and live to fight another day. But that doesn’t change the intent of Putin. He’s not being coy and he is bluntly stating that for all intents and purposes the USSR is getting the gang back together.

This is not the end of the conflict. Hardly… it is the beginning. Medvedev is predicting a ‘New Revolution, New Bloodshed’ in the Ukraine. China made public today her support for Russia. Remember the new Axis of Evil I spoke about? Well, behold an alliance that will rock the world. Here comes Russia’s long lost pal:

Russian foreign minister Sergei Lavrov discussed Ukraine by telephone with his Chinese counterpart, Wang Yi, on Monday, and claimed they had “broadly coinciding points of view” on the situation there, according to a ministry statement.

Speaking at the UN Human Rights Council in Geneva later, Mr Lavrov said Russian troops were necessary in Ukraine “until the normalisation of the political situation” and dismissed threats of sanctions and boycotts.

He added: “We call for a responsible approach, to put aside geopolitical calculations, and above all to put the interests of the Ukrainian people first.”

“At the same time we also take into consideration the history and the current complexities of the Ukrainian issue.”

The Western Alliance is taking shape and rebuking Russia:

As the tense stand-off continues, the other seven nations of the G8 urged Moscow to hold talks with Kiev.

“We have decided for the time being to suspend our participation in activities associated with the preparation of the scheduled G8 Summit in Sochi in June.”

British Foreign Secretary William Hague, who is in Kiev for talks on the crisis, said Russia has taken operational control of Crimea.

What is this? International kindergarten? You think putting Russia in the corner means anything? What a bunch of wusses. This means nothing to Putin. Exactly what ‘other’ consequences and actions will be taken is to be seen. But it most likely will come in the form of diplomatic and economic sanctions. In other words, nothing will be done of note and the Russians will keep on the move unabated. While diplomats, bureaucrats and politicians hold their worthless meetings, wringing their hands and pontificating, a new czar is rising and Russia along with China have world conquest in mind.

The Russian flag flies over Crimea this morning and the world holds its breath. But what is the media concerned with? Well, the Oscars! The major channels have all but buried the situation in the Ukraine. They are nothing but a propaganda tool of the state anymore.

Meanwhile, the US should look closer to home. Venezuela is on fire and other countries near her are on the edge. Russia has their aircraft over the country, intimidating protestors. Cuba has execution squads on the ground. Many more are dead than reported and those who are in custody are being tortured and subjected to forced sex acts. China has a destroyer in route, if not already there, and Iran has a base in Caracas. With the Monroe Doctrine declared dead by Obama and Kerry, who is to stop the Communists from a killing spree and power grab in South and Central America? No one and America is on the menu for these tyrants. But hey… watch the Oscars… take in the news on cats in trees and celebs in Hollywood. Nothing to worry about. Red is the ‘in’ color to come. 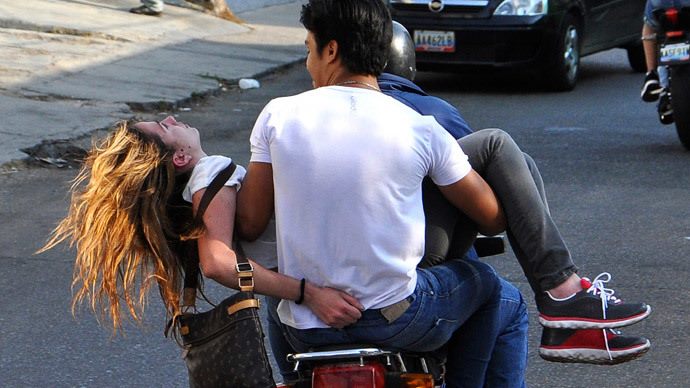 Génesis Carmona, shot in the head for protesting for freedom in Venezuela (photo source unknown) 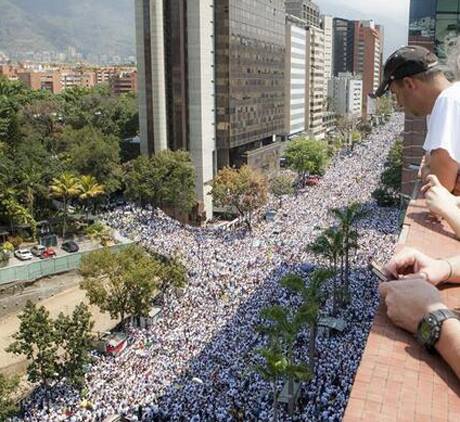 A Russian buffet of Archduke Franz Ferdinand moments is upon us. So much is going on and ratcheting up, it is hard to stay on top of it. But one thing is for sure, the Communists are coming whether anyone wants to face it or not.

23 thoughts on “A Russian Buffet Of Archduke Franz Ferdinand Moments”