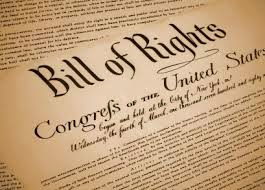 Inalienable individual rights as protected by our constitution and Bill of Rights have been further eroded, almost to the point of being erased. The 4th Amendment has been under attack for quite some time as police powers have triumphed over and over again under the pretense that society’s safety is more important than individual rights.

It wasn’t too long ago Homeland Security redefined the borders of our United States, expanding the coastline a hundred miles inland to accommodate warrantless searches to (supposedly) combat terrorism. I used to say, “…and if you believe that… I have some ocean front property in Ft. Worth for sale”; but according to these new parameters the stock yards of Ft. Worth are now adjacent to the Gulf of Mexico, who’da’ thunk it!

Here in Texas a homeowner got shot, the victim of a no-knock police raid. A warrant had been obtained to arrest the homeowner’s son; but because the home owner was thought to own weapons police decided that crashing in unannounced was their best option.

“In August 2006, Collin County (Texas) police obtained a warrant to search John Quinn’s home based on information that Quinn’s son might be in possession of controlled substances. The warrant did not authorize police to enter the residence without knocking and announcing their entry. Nevertheless, based solely on the suspicion that there were firearms in the Quinn household, the SWAT team forcibly broke into Quinn’s home after he had gone to bed and proceeded to carry out a search of the premises. During the raid, Quinn was shot by police, who panicked and opened fire on him through a solid wood door. Quinn had been reaching for his lawfully owned firearm, thinking that his home was being invaded by criminals.” (emphasis added)

“The U.S. Supreme Court has refused to hear the case of a Texas man whose home was subject to a no-knock, SWAT-team style forceful entry and raid based solely on the suspicion that there were legally-owned firearms in his household. In denying a petition for certiorari in Quinn v. Texas, the Court let stand a lower court ruling that essentially makes lawful gun ownership and possession grounds for police to evade the protections afforded by the Fourth Amendment and improperly penalizes and limits the Second Amendment right to bear arms. The Rutherford Institute had asked the Court to weigh in on the case and protect Americans against encroachments on their Second Amendment rights.” 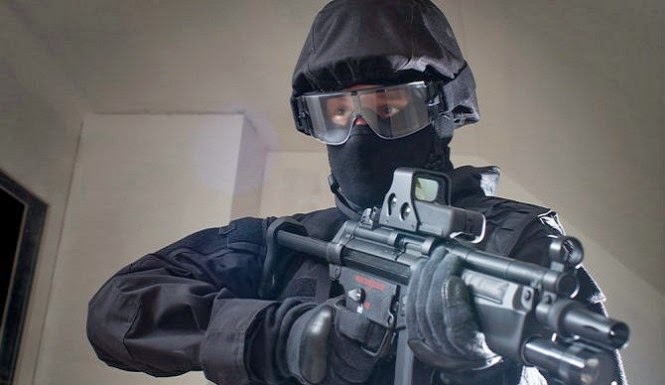 There’s an important issue which runs afoul of the rule of law. The warrant, which I’ve not seen, didn’t authorize a no-knock raid by police; but police took it upon themselves to add a variable, “based solely on the suspicion that there were firearms in the Quinn household” in order to ‘get around’ the directions of the court issued warrant.

Think about that for a moment and you’ll come to the same dark conclusion. If this stands, and apparently the Supreme Court isn’t interested, then any and all future police raids will include the presumption, before or after the fact, that the homeowner may have a weapon based solely on suspicion rather than on recorded fact. Hell, anyone might have a weapon.

Just wait until the federal government produces a list of registered gun owners based on forms that supposedly are used only at the point of purchase to verify the buyer isn’t on the list of folks who can’t own or purchase a firearm. You think I’m a conservative oddball conspiracy nut cases…think again.

Last week agents of the federal government (ATF) raided a gun shop that sold lawful firearms and parts in order to obtain the names of everyone who had purchased parts.

“According to a memo from the Anchorage Second Amendment Task Force, the Great Northern Guns store in Anchorage was asked to give their Bound Book to the ATF so it could be copied in its totality. The store refused, citing their legal rights and the fact that to do so would be a violation of the Firearms Owners Protection Act of 1986.” (emphasis added)

Asked? Demanded is more accurate; if you don’t comply we will shut your business down, put you in jail and let your family starve. Tell me again how the federal government respects the rule of law and individual God given rights…

“Government is not reason; it is not eloquent; it is force. Like fire, it is a dangerous servant and a fearful master.”

Getting back to John Quinn, the homeowner who got shot defending himself inside his own home; had the police officers followed the letter of the law as printed on the warrant would the outcome have been different? What criminal and/or civil charges have been filed against these police officers for expanding the effective limits of the court ordered warrant? Apparently the courts have already decided; they don’t give a crap because they refused to hear the case.

Watching America become a police state one incursion at a time may be the most painful part of being a citizen in our day. We are being destroyed from within.

In summary, the 4th Amendment, intended to restrain government from improper search and seizure, that 4th Amendment has no meaning in our day and age. The 2nd Amendment, the important reminder to government that individuals were to own and bear arms to protect themselves from government tyranny, that 2nd Amendment is hanging by a thread and is under constant assault from every level of government.

The courts and police have determined that force of government trumps antiquated thoughts such as the rule of law and individual God given rights.

One thought on “No Knock Police Raids”