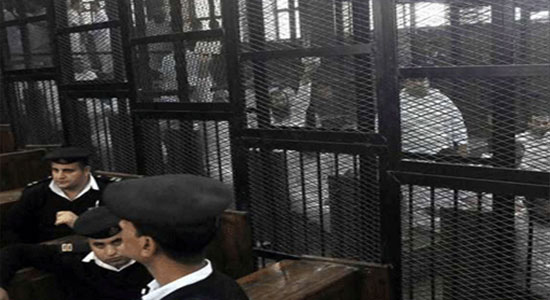 On Monday, March 24, Egypt’s criminal court sentenced to death 529 members of the Muslim Brotherhood. In less than 48 hours, Judge Saeed Yosef of the court of El-Minya, south of Cairo, weighed the evidence in accusation documents presented to the court and recommended the death penalty for 529 individuals.

The total number of 1,229 defendants (all Muslim Brotherhood (MB) members involved in Muhammed Morsi’s rise to power and administration) will be tried. So far, only 147 of the defendants appeared in court and have been in custody. Many of the sentenced (398 persons) are in hiding and therefore absent from the court. Seventeen individuals were found not guilty.

According to Egyptian law, procedure calls for the court’s recommendation to depend on final approval by the Grand Mufti of Egypt — an identity separate from Egypt’s government and the highest religious Islamic position to issue legal edits (fatwas) by interpreting the Quran who must seal any death sentence by the burning Christian storeburning Christian storecivil courts with a fatwa. 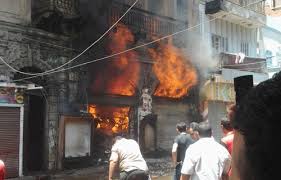 Once the Grand Mufti approves or denies the court’s verdict, a final verdict will be issued by Judge Yosef in another court hearing set for April 28. The remaining 683 defendants are scheduled for trial on April 28 as well. Among those to appear for the next trial date are such notables as MB spiritual leader, Mohammed Badee, and former president of the Egyptian Parliament, Mohammed El Katatani.

Those tried and awaiting trial were arrested for violence and riots in the streets of El Minya upon Muhammed Morsi’s removal last July. These riots were related to the Al-Adawia and Al-Nahda sit-ins once presented to the world through pictures falsified by Al-Jazeera showing a victimized MB touting its peaceful protests. Some of the charges include assault by rocks, Molotov cocktails and gunfire on the Matay police station in El Minya, the death of a colonel deputy police sheriff, the attempted murder of a second police officer, setting fire to the police station and police vehicles after seizing police weapons, and invading the public health center to kidnap and mutilate the Colonel’s body.

Courts around the country are busy with trials concerning similar incidents

In addition to the convictions of the El Minya trial, Egyptian courts in many other locales have MB members on trial for terrorizing public squares and seizing neighborhoods as follows:

In Cairo, Judge Mustafa Al Feeky who heads the court inside the Cairo Police Academy continued a case against 104 members of the MB charged with Al Zaher (area in Cairo) clashes resulting in the killing and injury of citizens, damaging public and private buildings and acts of intimidation against citizens opposed to Islamist control of the streets.

The Misdemeanor Court of Alexandria in Al Dekhela sentenced four MB members to five years in jail with forced labor for February 2014 crimes involving violence during one or more unauthorized gatherings or demonstrations in that neighborhood.

In the city called Tenth of Ramadan in El Sharkia province, nine MB members were arrested and held in prison for 15 days pending an investigation requested by the public prosecutor. A 14 year-old student under arrest was placed in custody in a juvenile home. They are charged with belonging to a terrorist group, participating in unauthorized marches, attacking people, and chanting slogans against the army and police while being in possession of large stashes of illegal firearms at the time of their arrests.

A statement issued by the Muslim Brotherhood in Jordan condemns the El Minya court verdict. The statement considers the verdict a political one and the MB victims of military repression because all found guilty and sentenced are fighters for Allah and “democracy.” Meanwhile, in various Egyptian universities, supporters of the banned Muslim Brotherhood are protesting the verdicts.

Catherine Ashton, Minister of Foreign Affairs of the European Union, normally silent on human rights violations against Christians in Egypt, voiced concern over the death sentences as incommensurate with international human rights standards. She noted as well that Washington viewed the evidence and the testimony with skepticism regarding fairness.

Egypt fed up with long history of MB lies, rhetoric and terror

Working for decades to overturn the state and undermining a wave of secularism and human rights advocacy with criminal activity after failing to rule Egypt, a humiliated Muslim Brotherhood now faces the severest penalty allowed by law as a reaction to its ruthless attempt to crush the Egyptian soul and subvert the country to its radicalized whims.

According to U.S. State Department spokeswoman, Marie Harff, justice is illogical in Egypt.
Shocking as it is to finally witness a guilty verdict regarding the MB somewhere in the world, Ms. Harff, now worried about international standards never raised earlier to counter Egypt’s suffering non-Muslim population forced to live under human rights violations, “is sure to raise this issue with the Egyptian government” on behalf of the MB.

A statement issued by Egypt’s Foreign Minister commented on the verdict as “issued by an independent court, and after careful consideration of the issue;” adding also that, “the defendants can appeal the ruling to the Court of Cessation.”

That was a foregone conclusion.

Does Eric Holder care that votes against Pennsylvania’s voter ID law were bought?