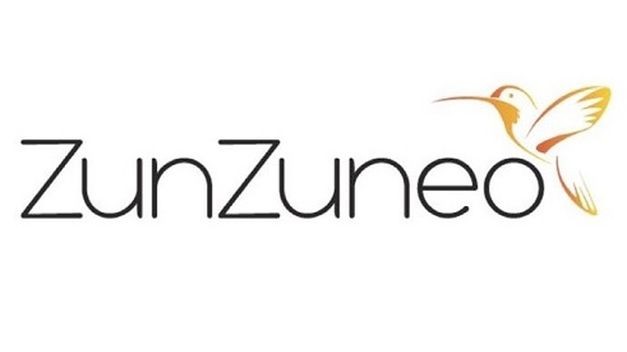 In a move that brings to mind George Soros’ machinations in the various colored revolutions, comes the Alinsky inspired Arab Spring model that our government recently deployed in Cuba by way of a Twitter-like social media platform, ZunZuneo.

The project, which was codenamed “ZunZuneo,” slang for a Cuban hummingbird’s tweet, was publicly launched shortly after the 2009 arrest in Cuba of American contractor Alan Gross. He was imprisoned after traveling repeatedly to the country on a separate, clandestine USAID mission to expand Internet access using sensitive technology that only governments use. If you guys are going to spy, could you at least not send morons to do your dirty work? Just sayin’.

Using the pretense that the US was trying to further freedom of communication to the oppressed in Cuba, our Defense Department unconstitutionally and secretly put into play a clandestine communications network designed to supposedly undermine the Communist government there, built with secret shell companies and financed through foreign banks. In my opinion, this move was probably meant to create chaos and revolutionary upheaval within Cuba, so that the US could put their own in charge there, much like they did with the Muslim Brotherhood in Egypt. And/or they were hoping the violent unrest would spread to other countries such as the US itself. Any emergency will do in a crisis they tell me. There’s also a chance that we did this and the Cubans knew we were doing it. A social media petri dish for further efforts in the Americas that would benefit the Communists. All of the preceding is within the range of possibilities when dealing with the American Progressive enemies within and without.

This project lasted more than two years, starting in 2010 and suddenly disappearing in 2012, when funding supposedly dried up. Funding, I might add, that was earmarked for operations in Pakistan and somehow managed to be used for this op instead. $1.6 million used in a black op experiment that was very, very shady. The Cuban Twitter platform drew tens of thousands of young users into its clutches, readily compiling a made-to-order enemies list for Raul Castro. Users had no idea that their communications were being monitored, data collected and that they were being spied upon. They were going to be manipulated and pushed into dissent and revolution. Fodder for the Marxist machine.

I’m all for spying on Communists to bring them down, but this just feels wrong. I don’t believe this was for anything so noble. It’s like one spook, bugging another. The articles I have read say that this hearkens back to the good old “Cold War” days. For the millionth time, I will say this… the Cold War never ended – it shifted. Secondly, this is nothing like the Cold War. These are Alinsky tactics meant to embroil nations and control the masses, not provide national defense. This is politics at its dirtiest level and it is incredibly dangerous, especially now that Obama has declared the Monroe Doctrine dead.

The reporting also states that it isn’t clear whether all of this was illegal. Of course it was. There was no written authorization of covert action by the president and no Congressional oversight. The State Department is doing a great Schultz defense, claiming that Hillary, Obama, Kerry and the rest knew nothing of this. Sure… just like Benghazi, Fast and Furious and the IRS scandal. Just like all the other myriad scandals that have been uncovered during this Administration – they knew nothing! The US Agency for International Development under the State Department is up to their eyeballs in this, using shell companies in Spain and the Cayman Islands to cover their tracks, so it can’t be traced back to the White House. The agency’s mission is to deliver aid to the world’s poor and vulnerable – an effort that requires the trust and cooperation of foreign governments. Not act as a CIA cover.

USAID proclaimed in a statement that it is “proud of its work in Cuba to provide basic humanitarian assistance, promote human rights and fundamental freedoms, and to help information flow more freely to the Cuban people,” whom it said “have lived under an authoritarian regime” for 50 years. The agency said its work was found to be “consistent with U.S. law.” Uh… what law would that be? Obama’s version? Obviously, not the Constitution.

It always troubles me when I wind up defending and agreeing with a Liberal, but here goes… My hat’s off to Sen. Patrick Leahy, D-Vt., Chairman of the Appropriations Committee’s State Department and Foreign Operations Subcommittee. He boldly said the ZunZuneo revelations were troubling. That’s a massive understatement. I believe hearings start on this next week and there are a lot of unanswered questions here. Of course, we’ll probably never get answers, just as we have never gotten answers on every other scandal that this Administration has been guilty of.

And in echoes of NSA snooping as of late, this social media project began development in 2009 after Washington-based Creative Associates International obtained a half-million Cuban cellphone numbers. It was unclear to the AP how the numbers were obtained, although documents indicate they were done so illicitly from a key source inside the country’s state-run provider. Project organizers used those numbers to start a subscriber base. More names for the enemies list and for observation.

In the Cuban Spring model, the dissidents could organize “smart mobs” – mass gatherings called at a moment’s notice – that could trigger political demonstrations, or “renegotiate the balance of power between the state and society.” If you wanted verification that the US government has their dirty little hands in everybody’s pie worldwide, here’s your proof. Using Alinsky tactics, we fomented the Arab Spring and now we want to bring it on home. This movement is meant to jar the people into revolt.

And guess who you will find behind the lies and manipulation? Well, Hillary Clinton of course:

At a 2011 speech at George Washington University, Secretary of State Hillary Rodham Clinton said the U.S. helps people in “oppressive Internet environments get around filters.” Noting Tunisia’s role in the Arab Spring, she said people used technology to help “fuel a movement that led to revolutionary change.”

Suzanne Hall, then a State Department official working on Clinton’s social media efforts, helped spearhead an attempt to get Twitter founder Jack Dorsey to take over the ZunZuneo project. Dorsey declined to comment.

The estimated $1.6 million spent on ZunZuneo was publicly earmarked for an unspecified project in Pakistan, public government data show, but those documents don’t reveal where the funds were actually spent.

Organizers did everything they could to make this look and feel legit as a company. Everything from advertisements and propaganda, to a sleek technological feel with just a hint of freedom. But, eventually the spies come home to roost:

Similarly, subscribers’ messages were funneled through two other countries – but never through American-based computer servers.

Denver-based Mobile Accord considered at least a dozen candidates to head the European front company. One candidate, Francoise de Valera, told the AP she was told nothing about Cuba or U.S. involvement.

And as fast as ZunZuneo appeared, it was gone. I doubt it was funding. People should be asking why and where it went. Despite Jay Carney and others declaring that this was not a secret government program, it obviously was. It’s just not so secret anymore thanks to the AP. USAID noted that text messaging was used to gather masses for popular uprisings such as in the Philippines and Moldova. USAID sounds to me like a front for the CIA.

When Congress was asked if they knew, it got interesting:

The Obama administration on Thursday said the program was not covert and that it served an important purpose by helping information flow more freely to Cubans. Parts of the program “were done discreetly,” Rajiv Shah, USAID’s top official, said on MSNBC, in order to protect the people involved.

The administration also initially said Thursday that it had disclosed the program to Congress — White House spokesman Jay Carney said it had been “debated in Congress” — but hours later shifted that to say it had offered to discuss funding for the program with several congressional committees. “We also offered to brief our appropriators and our authorizers,” State Department spokeswoman Marie Harf said.

Two senior Democratic lawmakers said they knew nothing about the effort, and the Republican chairman of a House oversight subcommittee said his panel plans to look into the initiative next week.

“If you’re going to do a covert operation like this for a regime change, assuming it ever makes any sense, it’s not something that should be done through USAID,” said Sen. Patrick Leahy, D-Vt., chairman of the Senate Appropriations subcommittee that oversees USAID’s budget.

But several other lawmakers voiced their support for ZunZuneo.

Bob Menendez, D-N.J., chairman of the Senate Foreign Relations Committee, said USAID should be applauded for giving people in Cuba a platform to talk to each other. “The whole purpose of our democracy programs, whether it be in Cuba or other parts of the world, is in part to create a free flow of information in closed societies,” Menendez said.

If the likes of Bob Menendez are all for this, you know it is very evil indeed. His statement on closed societies sounds like a play on Soros’ Open Societies. He also indicates we are doing this across the globe. We need to cut this crap out and mind our own business. Period.

The AP research writeup is very informative and I recommend you read the whole thing. It will creep you out. Our government is up to no good all over the place and in ways that can be used against us. In the end, it is being done in a manner that will cause societal collapse, war, hunger, poverty and massive death. It’s the Progressive/Communist way.

The only thing we have done here is to make the Communists look like victims of US subversion. Which, if you wanted to scuttle our intelligence agencies and networks, is exactly what you would do. Carney and others have been caught in lie after lie, claiming Congress knew about and debated this op. But, there has been little from the media on this and it will be buried like everything else. They keep playing with the definition of ‘discreet’ and ‘covert.’ Must be the new ‘sexual relations’ mantra.

This is the Cuban Spring that never was. Was it a dry run or a failure? Are we looking at a social networking petri dish employed by Marxists? Will this come back to haunt us down the line? Yep, unless we clean house of the enemies within and inspire fear and respect once more in the hearts of our enemies.

Meeting this mission for the responsibility of preserving the peace. Which I believe is a irresponsibility peculiar to our country. We cannot shirk our responsibility of leader of the free world because we are the only one who can do it. And therefore the burden of maintaining the peace falls on us. And to maintain that peace requires strength. America has never gotten into a war because we were too strong. – Ronald Reagan