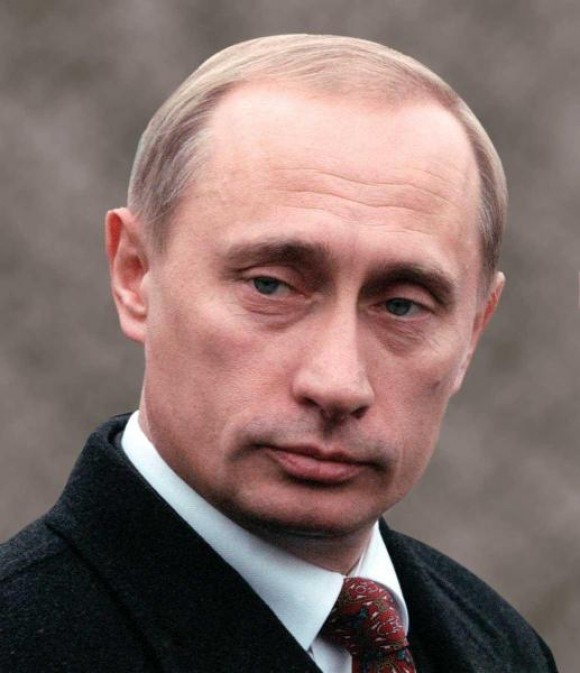 The global crisis over Ukraine is bringing much-needed attention to what North Atlantic Treaty Organization (NATO) Secretary General Anders Fogh Rasmussen calls “Russian propaganda and disinformation,” a campaign of deliberate lies and distortions emanating from Moscow which attempts to control the narrative over what is happening on the ground.

At the same time, the lack of an effective U.S. response has reminded experts in the field of “information warfare” that U.S. government efforts to counter “active measures” were mostly dismantled at the end of the Cold War.

Thomas Boghardt, historian at the International Spy Museum, notes that Soviet “active measures” aimed to discredit the United States and “conquer world public opinion.” He quotes retired KGB Major General Oleg Kalugin as saying, “It’s a tradition, it’s not something new. That’s important to see the past projected onto the present—and the future.”

During the 1980s, under President Reagan, there was a federal “Active Measures Working Group” to counter Soviet propaganda. This group of officials from various federal agencies was run out of the U.S. Information Agency, later folded into the State Department.

A 1984 video on “Soviet Active Measures” was produced by the U.S. Information Agency and is now available on YouTube. It features a Soviet KGB defector, Stanislav Levchenko. With Herbert Romerstein, a member of the Active Measures Working Group, Levchenko wrote The KGB Against the “Main Enemy”: How the Soviet Intelligence Service Operates Against the United States.

Russian President Vladimir Putin would have been deeply involved in these activities. During the late 1980s he was a KGB colonel and spy in East Germany. Later, he became head of the FSB, the KGB’s main successor.

In what AIM called “one of the most notorious examples of Communist disinformation appearing in the U.S. media,” Dan Rather aired the Soviet claim that the AIDS virus was manufactured in a Pentagon laboratory, without offering any rebuttal.

Today, the Russian government is so brazen that it pumps propaganda directly into American living rooms through Russia Today (RT), the Moscow-funded English-language channel carried by Comcast and other cable systems.

On April 8, for example, RT host Thom Hartmann gave airtime to Putin apologist Stephen Cohen, identified as one of several commentators “whose observations are often egregiously at odds with verifiable facts” in “A User’s Guide to Russian Propaganda,” compiled by several pro-Ukrainian activists.

Hartmann was once hailed by the publication POLITICO as a progressive hero, in a story ignoring his service to Moscow as a paid Russian agent.

However, some conservatives are also following the Kremlin line, including radio talk-show host Michael Savage and Patrick J. Buchanan.

In a column entitled “When Conservatives Go Wrong,” analyst J.R. Nyquist says about Buchanan, who insists that Putin is a committed Christian, “Like many famous names from earlier decades, Buchanan has become a fellow traveler and a ‘useful idiot.’”

But there is hope, some of it due to the heavy-handed nature of Russian propaganda over Ukraine and the willingness of people with access to the facts to dispute it.

For example, The New York Times has effectively debunked Russian propaganda claims about neo-Nazis running rampant in Ukraine and influencing the new government. “Among Ukraine’s Jews, the Bigger Worry Is Putin, Not Pogroms,” was the headline over the Times article. Pogrom is a Russian word designating an organized attack on Jews. The Times said, “Despite assertions by Russia, many Ukrainian Jews say there has not been a resurgence of anti-Semitism since the revolution in February.”

The paper noted evidence that it’s Putin, not the government of Ukraine, taking the side of anti-Semites and neo-Nazis. An open letter to Putin from representatives of more than 20 Ukrainian Jewish organizations asserted that Russian neo-Nazis “are encouraged by your security forces.”

Meanwhile, Russian propaganda is resulting in anti-Catholic bigotry in the now Russian-occupied part of Ukraine known as Crimea.

Bishop Bohdan Dzyurakh, secretary-general of the Ukrainian Catholic Synod of Bishops, told Catholic News Service about “the threats and accusations” against his community, recalling “Soviet propaganda from when our church was suppressed in 1945-46, and we’ve no illusions as to what this portends.”

He went on: “Catholics who support Ukraine’s independence and territorial integrity are being viewed as enemies. Priests’ families are also being mistreated by people influenced by Russian propaganda, which has succeeded in fueling aggression between citizens who previously lived in peace.”

Catholic News Service added, “The Ukrainian Catholic Church, a Byzantine rite, was outlawed under Soviet rule from 1946 to 1989, when many clergy were imprisoned and most church properties seized by the state or transferred to Russian Orthodox possession.”

In Crimea, according to the news agency, Bishop Dzyurakh said the situation was “tense and dangerous” for Catholic clergy, after one priest was arrested and threatened with prison, and other priests were branded as “Vatican agents” and warned to leave.

The Russian Orthodox Church, long dominated and controlled by the Soviet/Russian intelligence services, backs the Putin regime. Putin claimed the takeover of Crimea was designed to protect the Russians there from “rabid Ukrainian nationalists, neo-Nazis and anti-Semites” in control of the government of Ukraine.

The report, “A User’s Guide to Russian Propaganda,” notes that “the Russian propaganda machine is a mature and venerable institution that engages in an art that, for better or for worse, the West simply does not practice as often nor as effectively.” It concludes, “Propaganda is a very powerful tool in times of war. Primary sources and data are readily available to verify the facts to counter that propaganda. Too many lives are at stake not to do so.”