Conscientious Objectors, the term that first became part of our national vocabulary when it appeared during the Vietnam War as scores of Americans avoided the draft. Today, the two main criteria for classification as a conscientious objector are that the objector must be opposed to war in any form, and the objection must be sincere. Republican governor Mitt Romney, a devout Mormon and a confirmed Bishop in the Church of the Latter-Day Saints, refused all efforts to get him to come out hard against the Muslim Democrat Barack Hussein Obama during the 2012 presidential campaign. Romney was too preoccupied with portraying the Mr. Nice Guy image and miserably failed to attack the one person who was doing the most to destroy America. Today, another Mormon, Glenn Beck, joins those same ranks.

We have all become aware of the stand-off in Nevada where armed agents and hired mercenaries from the Bureau of Land Management raided the cattle ranch privately owned for over 100 years by the Cliven Bundy family and began to confiscate their cattle. The dispute had been ongoing for over 20 years because the BLM claimed the Bundy family owed the government for grazing on federal land. The Bundy family claimed their right to do so predated the ownership of the land since they were there first. It wasn’t until the BLM started to push the Bundy people around that word went out they needed some help. And the help came from across America as armed citizens representing a variety of patriotic groups drove to the Nevada ranch to stand up for Cliven Bundy. When their number grew to over a thousand the government agents decided to reconsider what they were doing and returned the cattle and left. But tyrants like Nevada Democrat Senator Harry Reid called the patriots “domestic terrorists”. 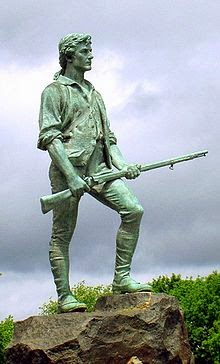 What was happening in Nevada was similar to how during the American Revolutionary War. Patriots back then stood up for liberty against tyrants and gave birth to the greatest nation ever created on earth. Patriots who pledged their honor and loyalty and their lives to defend freedom from oppression. Patriots like Thomas Jefferson who wrote: “The tree of liberty must be refreshed from time to time with the blood of patriots and tyrants.”

It came as no small surprise to read today that another conservative Republican named Glenn Beck has sided with Democrat Harry Reid. Glenn Beck has used his popular forum to attack the people on the Bundy ranch who stood up against the tyrannical government agents. Glenn Beck said the incident was an “insurrection” and a call to “revolution” and compared their stand to the communist backed Occupy Wall Street movement. Glenn Beck said he was “truly frightened” over the support the Oath Keepers, the Militias, the Constitutional Sheriffs and citizens who stood with Bundy. True to the keeping of his Mr. Nice Guy Mormon faith, Glenn Beck said that everyone who stood with the Bundy ranch crowd should “unfriend” him on Facebook, to “unsubscribe” to his newsletter and to “cancel” their subscriptions to his TV program. Just like the other Mr. Nice Guy, Mitt Romney did two years ago when I labeled him a Conscientious Objector because he refused to fight against the wanna-be dictator Barack Hussein Obama. I wonder what these God-fearing men would say about the patriots who gave their lives to help create America; would Glenn Beck label them truly frightening? But of course that nasty thing called the American Revolution took place almost 50 years before the birth of the Mormon religion. What would these Mr. Nice Guys think of the popular phrase: “Praise the Lord and pass the ammunition.” Maybe if we see a second American Revolution these guys will have already fled to Canada.

This isn’t a condemnation of all Mormons. I am reminded of the fact that Brigham Young University has a large ROTC program. But there is one other fact that must be considered: both Glenn Beck and Mitt Romney never served in our Armed Forces. And neither did Barack Hussein Obama, for that matter. Who can forget the image of Barack Hussein Obama’s infamous crotch salute while the National Anthem was being played. There is a certain patriotic mindset that our veterans hold for the country they served either in peace or in war. It is obvious in the way it shapes attitudes about our history and our love for freedom and liberty and our regard for the Constitution. It also explains why veterans have been accused by the Democrats running our government as being potential domestic terrorists.

And as far as Nevada Democrat Harry Reid goes, there is a very interesting opinion story on Fox News that questions his real motives in denouncing the armed conflict at the Bundy ranch. It is well worth the read. Here a just a few snips.

Why is US Senator Harry Reid so concerned with a local Nevada rancher?

Doesn’t it strike anyone as strange that the U.S. Senate Majority Leader is so obsessed with a small rancher who hasn’t paid grazing fees?

I live in Las Vegas. I live and breath Nevada politics. Something is very wrong. Something smells rotten in the Nevada desert. And Senator Harry Reid’s fingerprints are all over it.

I am of course referring to the Bundy Ranch siege. This was a dispute between a Nevada ranching family with rights to the land in question for 140 years and the BLM (Bureau of Land Management).

There are other questions raised about Reid’s involvement. Why did this assault become the #1 priority of government only days after a senior political advisor to Nevada Senator Harry Reid took over BLM? Coincidence?

Government appeared completely uninterested in backing down for days on end…and completely unconcerned with instigating a deadly confrontation like Waco or Ruby Ridge. Then suddenly Senator Reid’s involvement was brought up by conservative web sites across the Internet. INSTANTLY, out of the blue, within hours of Reid’s name being attached to the raid, the BLM decided to back down, pack up and walk away. Don’t you think that this timing was a tad too coincidental?

It has been pointed out by journalists intent on covering for Reid that a $5 billion Chinese solar project backed by Reid was recently shelved. But what they forgot to mention is Reid’s involvement in multiple solar and wind projects across the Nevada desert. Only days ago, Senator Reid was featured in a photo at a groundbreaking ceremony for a new solar project. Where is that project located? Just 35 miles from the Bundy ranch in Bunkerville, Nevada.

By the way, here is the open letter I posted calling Mitt Romney a Conscientious Objector.

An open letter to Gov. Mitt Romney from an unconvinced conservative Republican. You’ll get my vote but not my cash.

The following letter was sent today to Gov. Mitt Romney via U.S. Mail to two different addresses asking for campaign contributions and posted on his official web site http://www.mittromney.com/contact-us. Now that I think of it, maybe I should cc: Ann Coulter, too, who helped him win the primaries.

Gov. Mitt Romney
I get mail every day asking for contributions to your campaign. All the while I watch your tepid, lackluster commercials on my TV and wait and wait for you to begin to fight. (or at least sound angry enough like you’re ready to fight)

Never before has anyone like Barack Hussein Obama occupied our White House. Never before has anyone had such a disastrous effect on America’s present and future. No one has ever trashed our Constitution as he has when writes new laws by dictatorial decree. No one ever has had more devious connections in American politics as he has. And while Obama has repeatedly asked you on a daily basis why you don’t release your tax returns, I keep hoping every day you will ask him why he has spent millions to keep hidden almost every personal record in his adult life. So why haven’t you? Obama is filled with personal weaknesses that you haven’t exploited yet. Have your advisers told you not to? Has Karl Rove told you to campaign like a boy scout while Obama and the Democrats are attacking you like vicious thugs? I think you need new advisers if the ones you have are telling you these things. If you haven’t got the balls to fight then let Paul Ryan do it. If you need ideas or inspiration then go see the film 2016 Obama’s America.

I won’t waste any more money on your campaign when you pay Obama compliments like that RINO John McCain did four years ago. I don’t want to hear you tell anyone that Obama is a nice person or a nice family man. He is, in truth, none of these things. His best friends are communists and radical terrorists who all hate America. How can you find such a person to be nice? America wants to see you take up the banner and wage war against Obama and the rest of the Marxist/Socialist Democrats, not go after him with a feather duster.

I watched the RNC and was very impressed with the testaments given by those friends you have helped but this campaign is supposed to be against the evils committed by Barack Hussein Obama and this not the place for your “Mr. Nice Guy” routine. If, by chance, you are a some kind of conscientious objector and have some religious scruples against fighting, then you should drop out of the race now. America’s future is at stake.

I have already sent $500 to the RNC but will now withhold any further contributions until I see how well you do during the debates. That is your last chance to show the public how much you are willing to oppose evil and make no mistake, everything about Obama is EVIL.

One thought on “Glenn Beck and the religion of Conscientious Objectors”