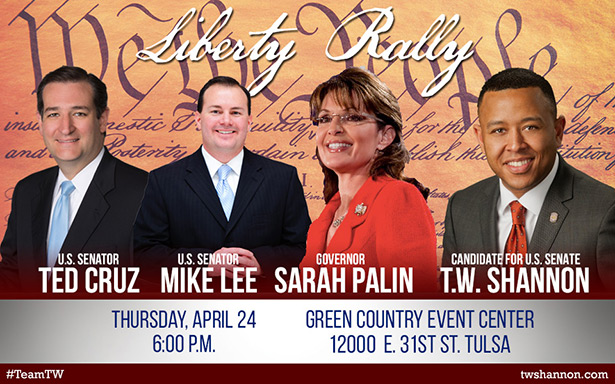 I really look forward to Rallying for Liberty with my friends Senator Ted Cruz and Senator Mike Lee as we gather in Tulsa Oklahoma on Thursday, April 24th. The Liberty Rally is in support of the enormously impressive constitutional conservative candidate T.W. Shannon for U.S. Senate! Hope to see you there – and hope time allows us to grab some great Oklahoma BBQ while we’re in town! More information about the event is available here:
www.twshannon.com/join-us-april-24th 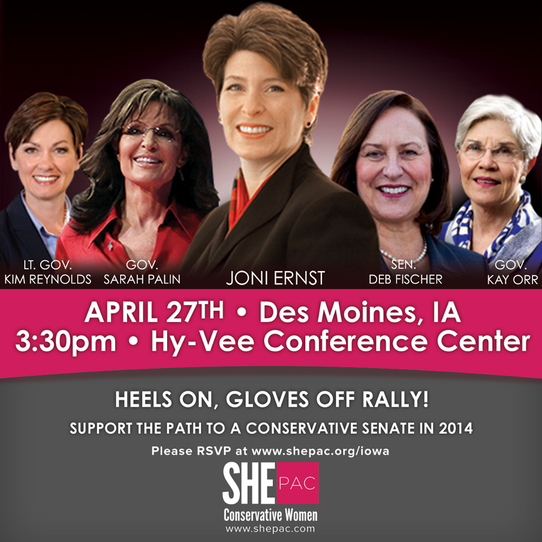 Sarah returns to Des Moines, Iowa for a She-PAC fundraiser on April 27, 2014.

Heels On, Gloves Off Rally

The event is free to the public, just simply RSVP HERE!