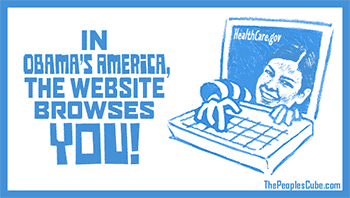 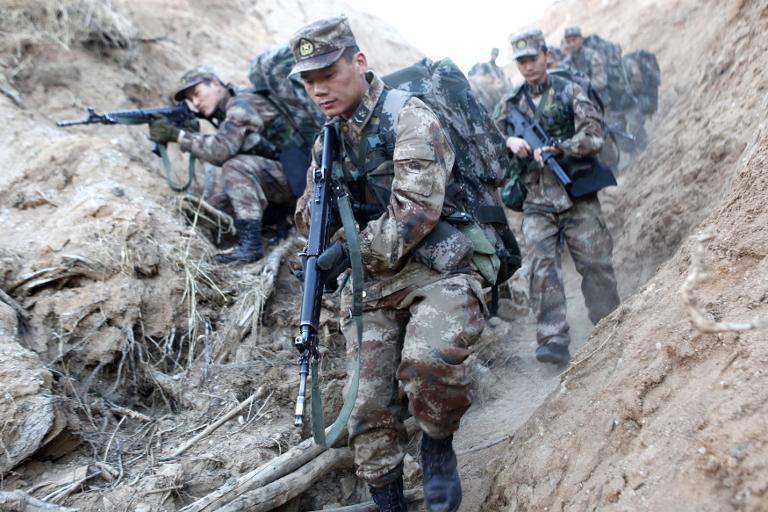 Not only has America under the faux-leadership of Barack Obama lost their marbles, it would appear the EU has as well. The world seems to be skipping merrily down the bloody apocalyptic path to war with China, with nary a care — except for lining their pockets of course. America is busy displaying their military weakness and gaps for all to see and the EU is busy arming China so they can get their dynastic conquest on. Forget fiddling while Rome burns, we’re lighting the fuse and fanning the flame.

Let’s start with some semblance of sanity, shall we? The Aussies have uncovered a whole nest of Chinese spies in their universities. They are here in the US as well, but we cuddle with them, while the Australians are actively hunting them down. Any wager on who will fare better?

From The Sydney Morning Herald:

Chinese intelligence officials have confirmed to Fairfax Media that they are building networks to monitor the ethnic Chinese community to protect Beijing’s “core interests”.

Much of the monitoring work takes place in higher education institutions, including Sydney University and Melbourne University, where more than 90,000 students from mainland China are potentially exposed to ideas and activities not readily available at home.

When these students go home to China, they are being interrogated three and four times for what they say in their classrooms. The Australian Intelligence Agencies are very concerned, because it would appear that China has more assets in their universities than they do. Here in the US, we are rife with Chinese spies in our universities, government agencies, major companies, military and the political arena. We invited them in and gave them a free pass to steal info, subvert and infiltrate to their little Communist heart’s content. In Australia, as in the US, Chinese students feel no loyalty to the hosting country. It is China they answer to — it is China that controls them. In 2005, it was thought that there were over a 1000 Chinese secret agents and informants Down Under. Imagine how many, many more there are here in the US, right now.

Australia has awakened to the threat within their borders and they are now approaching Chinese spying as the number one threat to their country. That is wise, since Australia is on the conquest menu for China. In the US, we seem to not care. Worse yet, when someone does, they don’t seem to be able to even articulate what can be done because they are afraid of offending someone. If we can’t get a hold on the enemies within, how in the hell will we defeat them from without?

We return now to the scheduled and planned neutering of the American military – via the Navy. Obama is swiveling pivots back and forth between Russia and China, giving him cover for plausible deniability when both fronts fail:

President Obama’s pivot to Asia will lack a crucial military underpinning next year, when for four months, the Navy will not have an aircraft carrier in the region.

Defense cuts have helped shrink the number of available carriers, alarming GOP lawmakers who are fighting the Pentagon’s plan to permanently cut the number of U.S. carriers to 10.

They argue not having a carrier in the region for months at a time will send a signal of U.S. weakness, as China seeks to make territorial claims against several U.S. allies over the South China Sea.

“Symbolically, the worst thing we could do around the globe is to take one of those carriers out,” Rep. Randy Forbes (R-Va.) told defense reporters on Tuesday. “We really need two or three carriers there.”

According to Forbes and House Armed Services Committee Chairman Buck McKeon (R-Calif.), there will not be a carrier in the region for about 130 days next year, between when the USS George Washington leaves its base in Japan, and when its replacement, the USS Ronald Reagan, arrives there.

They argue this would leave the U.S. with fewer options to respond to flare-ups.

Despite the Naval command’s protestations, this leaves us naked in front of our Chinese foes and basically defenseless. It is military insanity and guaranteed to get us attacked on multiple fronts. Obama wants to reduce the aircraft carrier fleet further from 11 to 10. You really have to ask why we are gutting ourselves militarily, when our enemies are ratcheting their forces way up. The Progressives have to know what will happen here — they want us to go to war and they want us to lose. There… I said it.

Some mistakes are permanent:

Cutting carriers down to 10 would be a huge mistake, said retired Vice Adm. Peter Daly, CEO of the U.S. Naval Institute.

“If you lose the George Washington, its air wing and those pilots, we will never get that back,” he said. “The permanent reduction is a very big step that we should not back into.”

And some mistakes are catastrophic:

China is rapidly modernizing its naval forces, spending 12.2 percent more on its military this year than last year.

China is also locked in a territorial dispute over a group of islands in the South China Sea with Japan, a U.S. defense treaty ally.

In November, it unilaterally declared an air defense identification zone that prohibited other nations from flying aircraft through without prior notification.

And South Korea, another U.S. defense treaty ally, is technically still at war with North Korea, and U.S. officials worry that provocative acts by North Korean leader Kim Jong Un could lead to a miscalculation and all-out war between the two countries.

Lawmakers have also argued that reducing the number of U.S. carriers would be odd given the administration’s policy of “pivoting” its policies to Asia to counter China. The so-called Asian pivot is intended to beef up the U.S. military and economic presence in the region.

“Our presence is critical to ensure our allies that we can be relied on as a partner to protect our interest and theirs,” said retired Navy Cmdr. Kirk Lippold.

All of this — between Russia and China and the US — is a ticking time bomb for war. And we are sitting on it.

Lest you think this would raise the alarm in the EU and they would start spouting something akin to survival rhetoric, think again…

As China boosts its military spending, rattling neighbours over territorial disputes at sea, an AFP investigation shows that European countries have approved billions in transfers of weapons and military-ready technology to the Asian giant.

China’s air force relies on French-designed helicopters, while submarines and frigates involved in Beijing’s physical assertion of its claim to vast swathes of the South China Sea are powered by German and French engines — part of a separate trade in “dual use” technology to Beijing’s armed forces.

Chinese President Xi Jinping announced stepped-up production of the Airbus EC175 helicopter in China during his visit to France this month — a deal analysts said could result in technology transfers to the military.

Here’s the frank figures: Most of Beijing’s military imports last year came from Russia while France, Britain and Germany supplied 18 percent, SIPRI estimates. These people are not stupid. Greedy and corrupt, but not stupid. The world is betting on China cleaning our red, white and blue clock and they are choosing sides. Why support a weak nag, when you can have a strong thoroughbred?

Communism will envelop the globe if Russia and China rule. Just what do you think living under the shadow of these new super powers will be like? Freedom will be gone as a concept and we will live under the boot of megalomaniacs. One world government? Think one world Communism.

All of this with help from the likes of Germany. Germany who has supplied the world’s quietest stealth submarines to China and to Russia, as well as a host of frigates. The Frenchy French are supplying helicopter engines. Britain is supplying everything China can’t get from Germany or France. With allies like this, who needs enemies? All of these items have military use stamped on them. Duh. Is money so important, that you would gladly trade a relatively free world, to the likes of Russian and Chinese Communists as the new global overlords? Really? Seems like Obama is down with that too. Comforting to know that when the war comes, we’ll be hit with artillery lovingly supplied from our buds in the EU.

We are cooking up a deadly recipe for war with China and Russia. Nothing ever stays static – it gets better or worse. Unlike our current crop of leaders, our enemies live The Art of War. We don’t even own a copy evidently. Our enemies see our weakness and are gauging the timing and method of attack. Peace through strength better kick in and soon – time for us to vote in strong conservative leadership before it is too late. Anyone have an egg timer?