I would like to pick up on the two topics I wrote about before Shabbat: accusations of Israel as “apartheid” and the debate about Israel as a Jewish state vs. democratic state. These subjects may overlap, but they are separate issues.

As to apartheid. Warren Goldstein, chief rabbi of South Africa, offered an important take on the matter in yesterday’s JPost. What Kerry has done in using the word inappropriately, he say, is to trivialize it, and desecrate the memories of those who truly suffered under the apartheid system. “No one who truly understand the brutality and the systemic racism and denial of basic human rights that made apartheid nefarious could possibly use the the word in a discussion relating to the Israeli-Palestinian conflict…”

The choice of this word, of course, is not accidental, nor does it originate with Kerry. It has been the stock in trade of the Palestinian Arabs all along – part of the attempt to delegitimize Israel. Abbas, for example, in coming before the UN in 2012, spoke about Israel’s “apartheid policies.” Just as an apartheid South Africa was read out of the community of nations, so must Israel be, he and his cohorts are implying. Regrettably, on occasion it has even been picked up by Israelis – such as Livni – who are hungering for that Palestinian state.

Words have power. And it is our task to challenge all references to Israel as “apartheid.” We cannot ignore them.

You may want to see and share this video of an interview of Lydia Meshoe, wife of Kenneth Meshoe, president of the African Christian Democratic Party of South Africa. She has visited Israel and says there is no apartheid in Israel – nothing that remotely resembles the horrors of the racially repressive system that existed in her country. People must come to Israel, she declares, to see the truth:

(With thanks to Esther E.)

As to issues of democracy in Israel: We are looking at the tension between particularism and universalism. There are elements of both within Judaism, In fact the Jewish universal perspective is extraordinary. We are taught that the righteous have a place in the world to come whether or not they are Jewish, and we pray for the day when the House of God will be a place of prayer for all peoples (which does not mean all peoples must convert to Judaism).

But there is a predominant focus on particularism. Hillel’s aphorism states is superbly: “If I am not for myself, who will be? If I am only for myself, what am I?…” Being for oneself comes first. Jews, who must have concern for all peoples in the world, must be first for other Jews.

However, what has happened is that universalism has trumped particularism in the thinking of much of the modern Western world . It is no longer politically correct to stand up for your own people first, or to promote the values of your own culture. Some Israelis have bought into this perspective. But this thinking can be our downfall, as it causes us to negate what is special about Jewish Israel and demonstrates a readiness to give equal weight to all positions. Most significantly, it renders “shameful” or morally questionable a readiness to defend ourselves and to give priority to our rights.

With the active “encouragement” of Palestinian Arabs, who are masters at promoting themselves, this is what happened post-Oslo: The poor suffering Palestinians. We must give them a state, We must attend to their expressions of suffering. We must make room for their narrative within our national life. After all, don’t all narratives have equal value?

Thus do we get into the ridiculous situations I described in my last post: with some claiming that perhaps it’s not “fair” to Arab Israelis to put a Jewish star on our flag. Nonsense! We are, proudly, a Jewish state.

I think of two other situations in particular that make this point:

There has been heated discussion in Israel regarding the teaching of “nakba” in our schools. (To the best of my knowledge it’s not being taught now.) “Nakba” in Arabic means catastrophe and it refers to the founding of the State of Israel, which is viewed by many Arabs as a catastrophic event. I find a position that promotes the teaching of “nakba” (because, after all, that is how some Arabs in Israel think) to be deeply offensive, as well as a tad suicidal. The Jewish State must imbue in her students pride in her founding. We don’t tell our kids that, look, there is this other perspective that says we should never have happened, and we have to be sensitive to the people here who think this way. We tell our kids that Israel’s founding was a blessing, not only for Jews, but for everyone. After all, the Arabs who are Israeli citizens have more freedoms, more human rights, more health care and social services, than they would anywhere else in the Middle East. We must celebrate who we are, and stand strong always.

And then there is Haneen Zoabi (who stands as an example of a certain insidious mindset). She is a virulently anti-Zionist Arab Israeli who is a member of the Knesset for the Balad party. In 2012, she made the statement that, “Israel has no right to live in security while it is an occupier” – which sure looks like incitement to me. Two years prior to that she participated in the Mavi Marmara flotilla incident, in which Turkish terrorists claiming the right to break the naval blockade of Gaza set a trap for Israeli military. 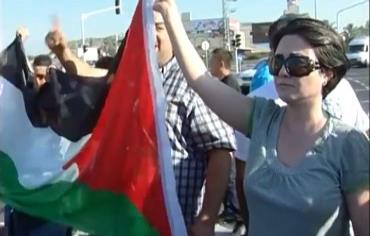 With it all, she still sits in our Knesset. Our High Court says she has the right.

I think this is nuts – bending over backwards to be “fair.” And yet we are accused of being insufficiently democratic.

Last Tuesday, the organization Haliba, which is fighting for equal Jewish rights on the Temple Mount, held its first public meeting. The turnout was excellent, and I will have more to say about their efforts over time.

Here I simply want to reinforce the unfairness – fostered by our own government – of the current situation. It is rather mind-boggling, really. And very clearly reflects a reluctance on the part of certain leaders to stand up for our rights. Consider:

[] The High Court has ruled that Jews have a right to pray on the Mount. Why shouldn’t we?? And yet, the Wakf (the Islamic trust that controls the Muslim holy sites on the Mount, and, de facto, all of the Mount) objects. What is more, Muslims up on the Mount threaten to riot should a Jew pray. And so, for reasons of “security,” the Israeli police prohibit praying.

[] There are ten gates to the Temple Mount. Nine of them are for Muslims only. Only one – the Mughrabi gate, adjacent to the Kotel – is for non-Muslims, Jews and Christians and others. Consequently, while Muslims stream onto the Mount freely, there are sometimes very long lines for those Jews and Christians who wish to enter. This is especially true during the time of Jewish holidays and tourist season.

[] What enormously exacerbates the long lines is the restriction in hours and the days during which Jews and other non-Muslims are permitted to enter.. According to Haliba, in the course of a week, non-Muslims have access to the Mount for 840 hours in a week (12 hours/day for seven days) while others, including Jews, have access for only 20 hours (four hours/day for five days).

These figures do not represent a typo. They are real. And they are shocking.

At the Liba Conference, Deputy Religious Services Minister Eli Ben-Dahan (Habayit Hayehudi) stated unequivocally, in a video made for the event, that Jews must be allowed to pray on the Mount. He said that his ministry is preparing regulations for suitable arrangements for Jewish prayer on the Mount.

Public Security Minister Yitzhak Aharonovitch (Yisrael Beitenu) has since declared he would would not make the required administrative changes: “…Any change to the status quo for Jews and Arabs [on the Temple Mount] will not be approved.”

This situation must change.

For your information: In spite of all the words of sweetness and light from Abbas, with regard to how Hamas has moderated, it has now been made clear that this is not the case. We knew this. But now it’s on the record. Declared Khaled Mashal this past week: “Our path is resistance and the rifle, and our choice is jihad.”

Meanwhile Netanyahu is laying out all the repercussions that will be levied against the PA because of its agreement with Hamas. However…however…he says if the reconciliation deal falls apart, talks might be restarted.

This is, quite frankly, sickening. 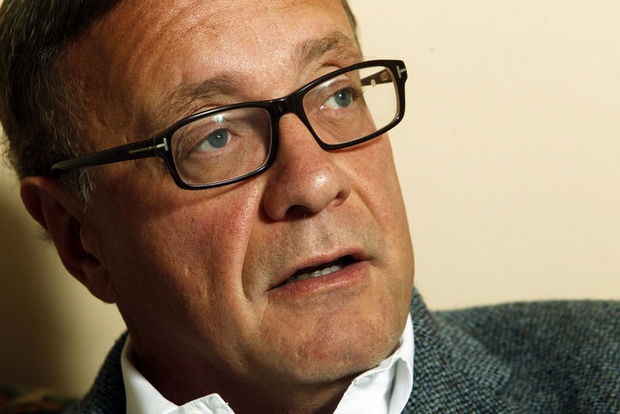 Well, there is a real man conservative running for congress in New Jersey who is not afraid. His name is Steve Lonegan. Talk about a breath of fresh air, Lonegan has been fighting the good fight for conservatism in New Jersey politics for 30 years. Yes, you heard me correctly, I said New Jersey.

Though he put up a good fight, Lonegan was defeated in his run for U.S. Senate by the overwhelmingly well-funded Democrat Cory Booker. Oprah and her Hollywood posse pumped millions into that race for Booker. Still, there was a bright spot. Despite mega Hollywood outside funding, Lonegan strongly defeated Booker in the 3rd district which is where he is now running for congress.

Now get this folks. Standing on conservative principles, Lonegan won the 3rd district by the best numbers of any Republican in the last decade. http://bit.ly/1khGiGR Mitt Romney lost that district. It is my firm belief that when presented unfiltered by liberals, boldly and confidently, conservatism wins the hearts and minds of a majority of voters.

Sadly, far too many Republican candidates and the GOP establishment drink the Left’s Kool-Aid that we must tone down our message; in essence, become Democrat-Lite to win elections. Now, ask yourself. Why would the Left want to help Republicans/Conservatives win elections?

Contrast that with Lonegan who is committed to upholding the U.S. Constitution, the Bill of Rights, low taxes and reducing the size of government. One could say that Lonegan epitomizes the liberal wing of the GOP establishment’s War on Conservatism — the GOP recruiting wealthy RINO candidates around the country to run against conservatives.

MacArthur says he supports government funded low income housing to bring diversity to neighborhoods. Sounds like Obama, right? Lonegan has no problem with diversity, but is opposed to achieving it via government social engineering programs. https://www.youtube.com/watch?v=R83p6bR6YrU

MacArthur has called Lonegan “too right wing”. Here are Lonegan’s goals which the GOP establishment candidate considers too right wing. Lonegan will fight to repeal Obamacare, repeal Common Core’s intrusion into our kid’s education, see the repeal of Dodd-Frank and dismantle the IRS. Lonegan is in great company. Ronald Reagan was also considered too right wing.

While his opponent runs with a war-chest of millions, Lonegan is the Tea Party candidate, running on ideology. Wow, what a concept and how gutsy. When other Republicans were distancing themselves from the Tea Party, Lonegan helped to organize the first major Tea Party rally in Piscataway, New Jersey, April 15, 2009.

Lonegan’s strategy for victory is to keep his grassroots army energized and mobilized; the same patriots who pushed him over the top to win the 3rd district in his bid for the Senate. Lonegan has high name recognition.

As Chairman of Conservative Campaign Committee, I have jumped aboard the Lonegan Express for Congress in New Jersey. Can you imagine the impact of a real man conservative elected in New Jersey? Awesome! 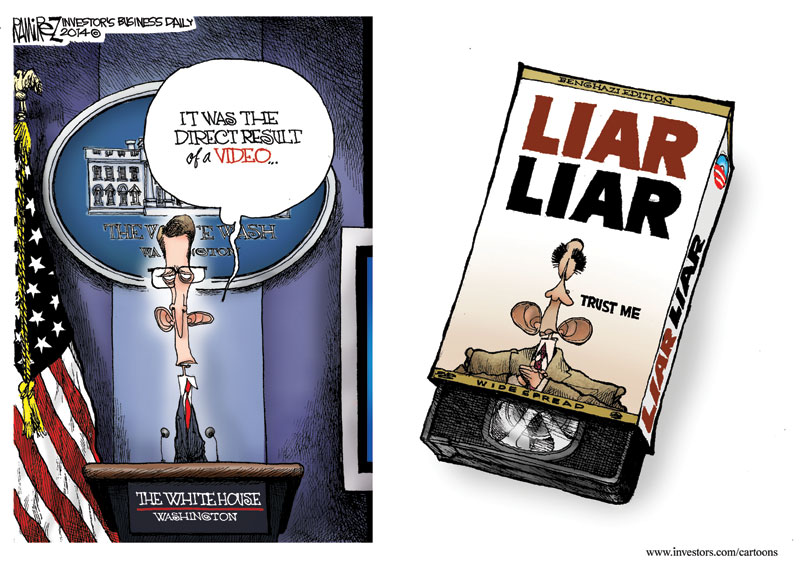