***Cross-posted in full and with permission from my long time friend, Kenneth Timmerman. 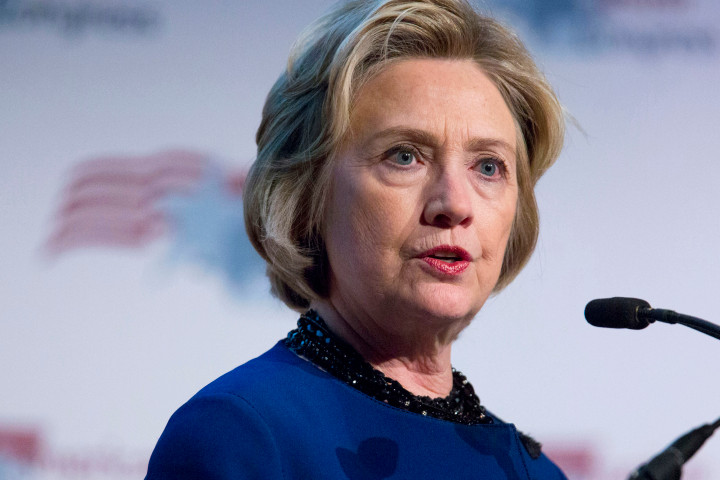 Make it go away!

That was the message of the Obama administration and their friends in the media for the past two years, and now we know why: Benghazi is the scandal they always denied it was.

Thanks to a lawsuit by watchdog group Judicial Watch, the administration last week released correspondence about the terrorist attack in Libya on Sept. 11, 2012 that left US ambassador Christopher Stevens and three others dead. 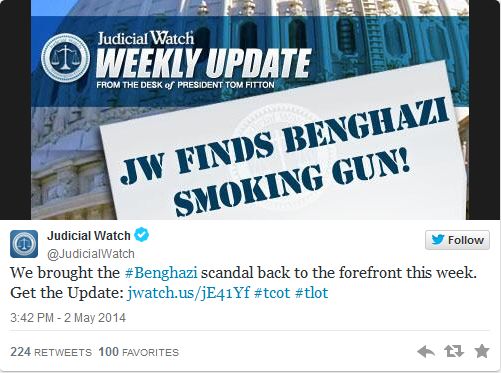 One memo, from Ben Rhodes, the deputy national security director for strategic communications, shows how the administration was trying to spin the attack as something other than their own strategic failures.

“Reinforce the president and administration’s strength and steadiness in dealing with difficult challenges,” he wrote to UN Ambassador Susan Rice. He instructed her to “underscore” that the events in Benghazi were “protests . . . rooted in an Internet video, and not a broader failure of policy.”

Beyond the callousness of this message, and the fact that officials already knew this was the work of terrorists, that this document is just coming out now shows the depth of the administration’s cover-up. 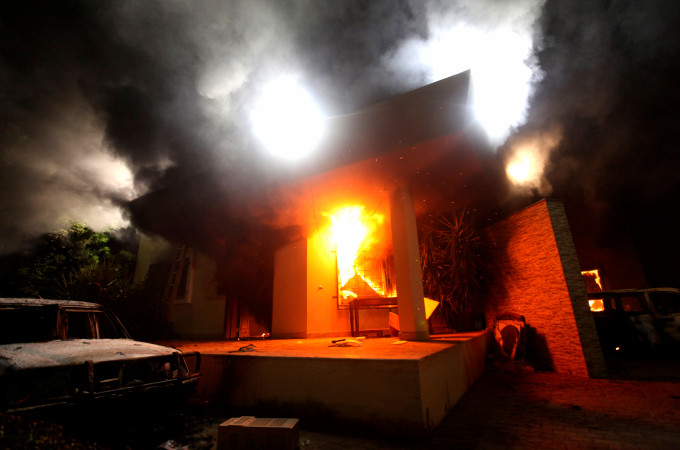 The US Consulate in Benghazi in flames after the September 11, 2012 attack that killed 4 Americans, including US Ambassador J. Christopher Stevens. — Photo: Reuters

Despite numerous subpoenas from Congress, Obama’s people never handed over the e-mail. Make it go away means hiding evidence from the American people. 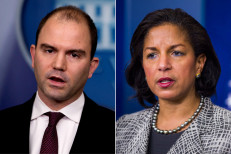 Rep. Darrell Issa (R-Calif.) said in a hearing on Thursday that the whole situation reminded him of Richard Nixon.

“Why aren’t we talking about something else?” whined House Minority Leader Nancy Pelosi (D-Calif.).

Because the Obama administration ignored legal requirements and a pursued a possibly criminal cover-up, they’ve just ensured Congress is going to talk about nothing but. House Majority Leader John Boehner (R-Ohio) said Friday he’ll be forming a select committee to investigate Benghazi.

The Rhodes memo is just the beginning. It and other e-mails were obviously selected from a much larger set of internal administration communications on the Benghazi cover-up that remains hidden from the public and from Congress.

The person who should worry most is former Secretary of State Hillary Clinton.

For example, until now we have seen zero documentation to explain how Clinton out of the blue concocted the statement she issued on the evening of the attacks, which first raised the notion that the attacks came “as a response to inflammatory material posted on the Internet.”

In all the material released by the administration to date, there are no notes, e-mails or drafts of Clinton’s Sept. 11, 2012 statement similar to the back-and forth e-mail chain released last year showing how the CIA talking points evolved during three days of inter-agency discussion.

And yet surely such documents exist. We know from the public record that Clinton was getting real-time information on the attacks. She understood — because her own officials were telling her — that there were no protests in Benghazi and that the attacks on the Special Mission Compound and on the Annex were a well-planned terrorist assault.

And yet, after consulting by phone with President Obama at 10 that night, Hillary decided to blame it all on an Internet video. 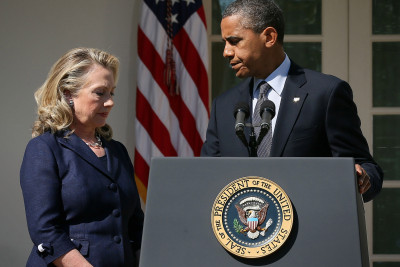 Obama and Clinton deliver a statement a day after the Benghazi attack. — Photo: Getty Images

Similarly, the administration has released no notes, e-mails or other communications that describe the substance of that phone call, so we still don’t know who first floated the idea of blaming it all on a non-existent video. Nor has the White House revealed, despite repeated requests, what the president was doing that night as he prepared for his fund-raiser the next day in Las Vegas. Dialing for dollars, perhaps?

In testimony before the House Oversight and Government Reform committee on Thursday, Brig. Gen. Robert Lovell, the chief of intelligence (J-2) for US Africa Command at the time of the attacks, revealed that his “analysts worked through chat” all night long. None of those documents have been turned over to congressional committees.

Top military officials at Africom headquarters in Stuttgart, Germany, told me they watched live video feed from a Predator drone over the Special Mission Compound and later, over the Benghazi airport and the Annex, which clearly showed there were no protests. So far, that footage has not been released. 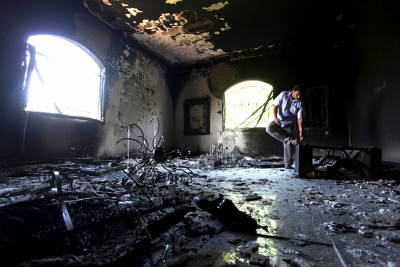 Inside the US Consulate in Benghazi days after the September 11, 2012 attack. — Photo: AP

We know that orders were issued, then recalled, to deploy a 50-man Special Forces unit from Croatia that could have reached Benghazi within hours. But no documents on who ordered that unit to stand down have yet been released.

The American people deserve the truth. With four Americans returning home in body bags, this scandal is no garden-variety cover-up.

And despite Hillary Clinton’s fervent hope, no, it’s not going to go away.

Investigative reporter Kenneth R. Timmerman is the author of “Dark Forces: The Truth About What Happened in Benghazi,” forthcoming from Broadside Books. He’s running for lieutenant governor of Maryland.