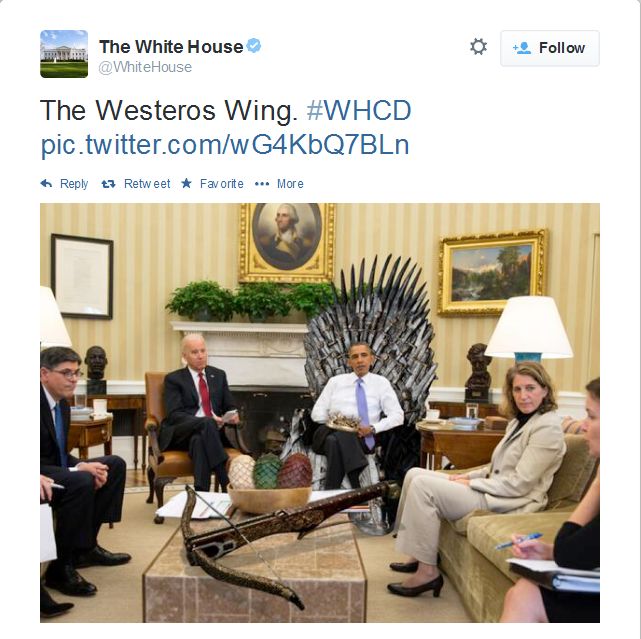 From Nelson Abdullah… He just sent me this. The arrogance is breathtaking. It shows the hubris of someone who envisions himself a ruler and not a leader. He’s living a dangerous delusional fantasy and we are the peasants/serfs of his make-believe kingdom. No one’s bowing or genuflecting to this Marxist tyrant.

This picture has not been photo-shopped. It is from the Official White House Twitter account. You can view it directly at this link:

Obama has been criticized so much for acting like a king that the White House staged this picture. King of Thrones, my ass… Who made him King of Anything? And notice on the tweet — there are no negative comments. Draw your own conclusions.

He certainly has time to do an elaborate ‘selfie.’ A pity he had no time to save four good men in Benghazi.

Update: Several people claim this is photoshopped. If it is, the WH did it as it came from their Twitter feed. My comments stand.

3 thoughts on “All Bow To An Arrogant Tyrant”