The original article posted yesterday jumped the gun a bit (no pun intended). USDA confirmed this morning that there are two law enforcement agencies within the USDA: the Forest Service and the Ag Department’s Office of Inspector General (OIG). The USDA submachine gun acquisition request was placed by the OIG. While the OIG typically addresses management issues within the agency, Ag’s OIG has additional authority that actually predated the Inspector General Act of 1978 when most federal OIG offices were created. The USDA OIG is responsible for, among other things, food stamp trafficking investigations and violations of the Animal Welfare Act. Both sometimes involve situations with dangerous criminals. For example, food stamp traffickers are frequently involved in the drug trade and other criminal activities. The USDA OIG was the federal agency that investigated Michael Vick’s dog fighting operation. A detailed report on their investigation can be read here.

The conclusion of the original article, however, remains accurate and relevant. With each new law passed by Congress, the federal government establishes both the regulatory and law enforcement functions to enforce it. And once a program is enacted it grows endlessly. For example, with about 1/6th of the population now using them, food stamps have turned into a virtual second currency. It stands to follow that criminals will find ways to exploit that currency. 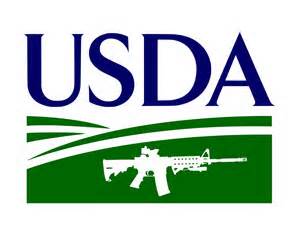 The U.S. Department of Agriculture has just submitted an acquisition request for .40 caliber submachine guns. Who will be using them? The Animal and Plant Health Inspection Service? The Federal Crop Insurance Agency? The Food Safety and Inspection Service? Will they use them to shoot rats in food warehouses and grain elevators?

There is only one agency within the USDA that could justify the need for such weapons, the U.S. Forest Service. This is because much illegal activity goes on in national forests, over which the Forest Service has jurisdiction. This includes illegal poaching, marijuana cultivation, and other crimes. Some of those people are armed and dangerous. One might expect this to be a DEA or FBI responsibility, because of the drug nexus, but forest rangers know the terrain best. If it is for the Forest Service, then there at least is a rationale. Calls to the USDA to confirm this, however, have been so far unanswered.

There is another, more pernicious possible explanation however. Agencies tend to jealously guard their turf, and use it as an excuse to grow and expand all kinds of functions one would not normally consider under their purview. So rather than call in the DEA, the Forest Service instead jumped in enthusiastically to get its share of the drug enforcement money pie. A lot of this kind of expansion occurred following the 1989 creation of the White House Office of National Drug Control Policy (i.e. the Drug Czar). There was all kinds of “drug enforcement” money being proffered for agencies that became involved in President H.W. Bush’s War on Drugs.

Since then the federal law enforcement function has metastasized. Most Americans are unaware that there are over 91 federal law enforcement agencies in existence today. In the 1990s, there were 72 or 73, so that is yet another growth industry for government, and a very dangerous one. And this growth has occurred despite the fact that creation of the Department of Homeland Security was supposed to combine some agencies, not grow new ones.

This occurs everywhere governments are created and is why the founders specifically created a government that was supposed to be limited. We can see today how they managed to get around that, but it has taken a long time. Don’t let anyone tell you the Constitution is irrelevant. It is more important today than it ever has been.

Dear Chairman Gowdy – America is Counting on Your Backbone! 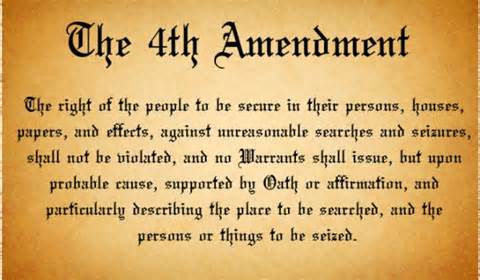 Pennsylvania, get ready to have your Constitutional rights violated when you are pulled over. The Supreme Court of Pennsylvania has decided to rock the citizens of that state with a fascist overreach that could be a chilling precedent for Constitutional violations nationwide.

According to the court, police officers no longer need to have a search warrant to search your car. Just subjective probable cause. In a 4 to 2 ruling in Commonwealth v. Gary, Pennsylvania just took a dark turn invalidating the rights of their citizens:

“There’ll be lesser protection of privacy in Pennsylvania,” says Dave Rudovsky, a professor at Penn Law school and a civil rights attorney.

Rudovsky says Article I, Section 2 of the Pennsylvania Constitution had been interpreted to provide broader protection that the Fourth Amendment of the US Constitution. Police had to contact a judge during a stop, either via phone or radio, for permission to conduct a car search. Rudovsky says the new ruling means police, not a judge can decide whether to search.

“Now if police officers have probable cause– a good faith belief that a crime has been committed, they can search your car without having to first obtain a warrant,” he says.

“The district attorneys offices will say this is about drugs and guns and that is true, but it does not end there,” says James Funt, an attorney with Greenblatt, Pierce, Engle, Funt & Flores.

“Whatever is in the car can be searched,” he says, “it’s a slippery slope.”

A “slippery slope” indeed… right off a cliff. This ruling means you have less privacy in your cars than your home. You have less of a right to privacy in your private property – your personal effects. It’s a very small jump from this to your homes and person. If your cell phone or laptop are in your car, guess what? They will be seized and searched. This does not end with guns and drugs. Look at how Conservatives are being targeted by the IRS. We all know where this is heading.

Pennsylvania is already notorious for excessive stopping of drivers, frisking and the targeting of minorities. Minorities can include a whole host of targets. The right to intrude has increased exponentially here. We are sliding into a state that no longer recognizes your Constitutional rights. This should send a chill down every patriot’s spine.

Remember, governments are very good at being very bad… 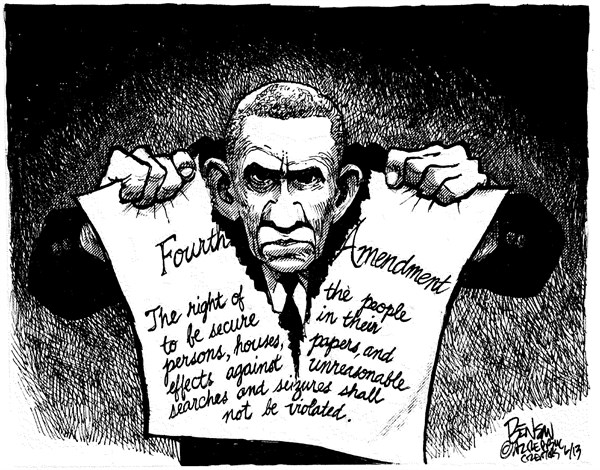 Acclaimed author, researcher and freedom-loving activist, Trevor Loudon, is back in America from his home in New Zealand. He’s beginning his Summer 2014 Book and Speaking Tour and signing his block-buster book, “The Enemies Within: Communists, Socialists and Progressives in the U.S. Congress.” The timing couldn’t be more important. Don’t miss this chance to meet our modern-day Paul Revere — warning and enlightening about the “Enemies Within.”

Check Trevor’s TOUR MAP AND SCHEDULE, which is constantly being updated with new events and venues.