“Better to die fighting for freedom than be a prisoner all the days of your life.” ― Bob Marley 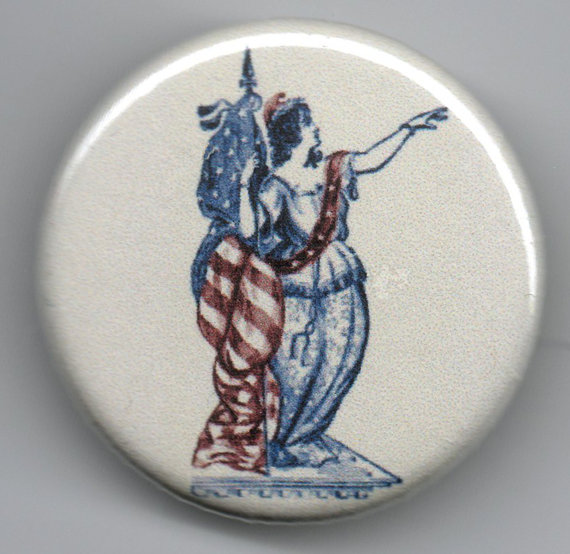 This week’s winner, Freedom and the Laws of Nature and Nature’s God by Liberty’s Spirit is her take on the opening of the Declaration of Independence and its meaning for us today. Here’s a slice:

When in the Course of human events, it becomes necessary for one people to dissolve the political bands which have connected them with one another, and to assume among the powers of the earth, the separate and equal station to which the Laws of Nature and of Nature’s God entitles them, a decent respect to the opinions of mankind requires that they should declare the causes which impel them to the separation.

…Our rights come not from other men, but from an omnipotent all-powerful ruler of the universe who has decreed right from wrong, good from bad, justice from evil. No one human being can deny another these rights. Hence, the usurpation of these rights is a just cause for revolt against your government, ruler or liege lord….

What happens when rights are not given by virtue of existence, but with the largesse of the political class? These rights then are not rights as delineated in the US Constitution (Bill of Rights), which as rights cannot be taken away and can only be denied under a limited scope of governmental authority. In fact, rights that come down to us by virtue of the good will of a ruler are not real rights at all, but a grant of favor by a dictatorial government. As long as you stay in good stead with the power elite then you are entitled to your humanity. But as soon as you cross that threshold of noncompliance with these overseers, then your rights, property and even your life become forfeit.

Moreover, to actually believe that mankind itself defines the ultimate reality in the Universe is the modern hubris of a limited, vacuous mind and an outreach of malignant egos. To say that in the vastness that is the Universe humankind is the epitome of what can and does direct TIME itself calls into play the rationality and sanity of the purveyors of a God-less world. It does not even have to be about an Omnipotent being as much as it is about Nature and the power of the Universe and the acknowledgement of the unknown.

To say that there is no deity above ourselves is to give ourselves the moniker of almighty God. We can now decide what is right, wrong, good, bad, justice and evil. We, the human beings of this world, are now the sole masters of all that is before us without boundary, limit or consequence. To say that God is an anachronism and that humanity is above the immutable forces that have created the galaxy, is to advance upon the human race powers that belie the mortal human being.

When we turn from the concept of something, or someone, greater than ourselves, we have no rights beyond that which we bargain for within the context of our daily lives. Life becomes a merchants market, a bazaar of old. Where for the right argument, and the proper coin, you can buy yourself freedom for the time being. If you are lucky enough to be allowed manumission at all.

In our non-Council category, the winner was Kurt Schlichter – I Checked My Privilege, And It’s Doing Just Fine, submitted by Joshuapundit. It’s a brilliantly brutal take down of the latest Leftist meme. Do read it.