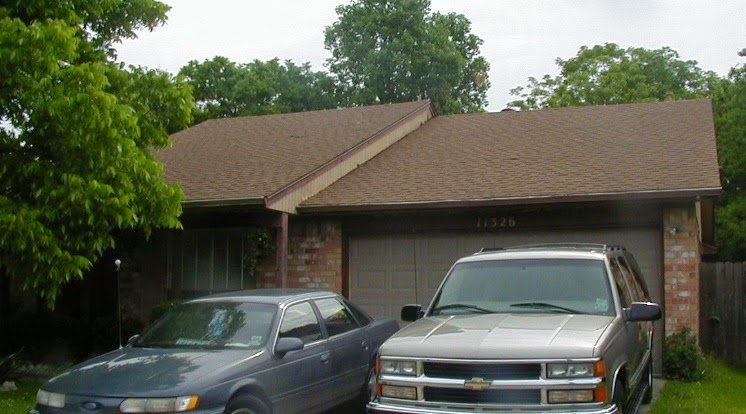 I put off writing about the sale of my rent house to accommodate the actual closing, that part of the sale when the buyer and seller sit down together, sign off on a stack of papers and everyone walks away happy. Well, it didn’t happen, at least not today and not with the folks who claimed they wanted to buy the house.

I should back up and explain that our renters forgot to take some of their personal property; no big deal, we put those items in boxes to be picked up later. There is an inexpensive desk that still needs to be taken away that we’ll leave in the garage; either that or put it on the curb for trash day.

As soon as our renters moved out the local neighborhood thieves decided the opportunity was ripe for a visit. They punched out a window to have a look around, deciding the only item worth stealing was the outside air conditioning unit which they surgically removed making it much easier for us to replace since the wiring and copper tubing was cut cleanly. 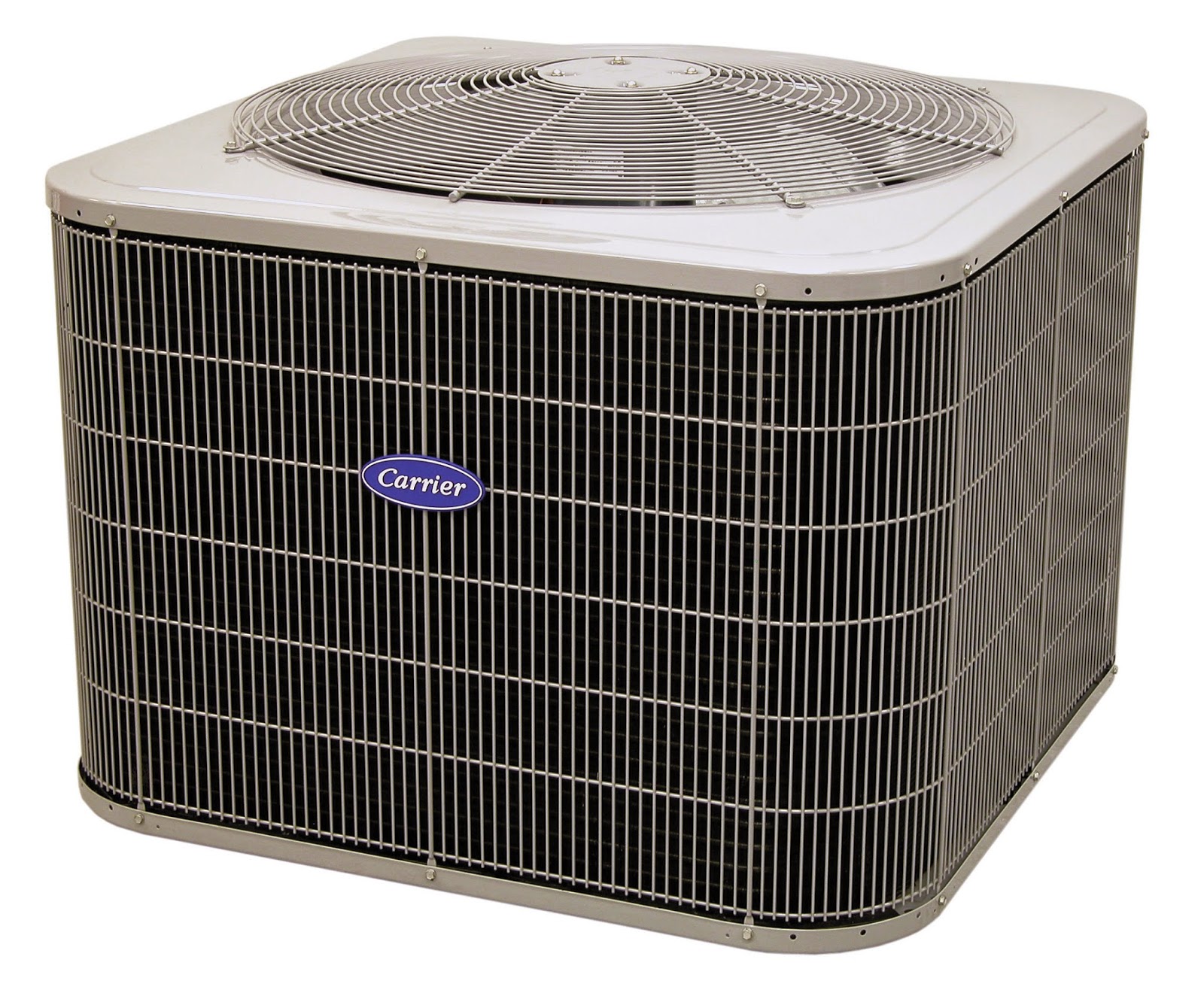 During the past week or so we’ve been down to the rent house making minor repairs to sheet rock, cleaning and preparing the house for the new owners. We held off installing a new A/C unit until the new owners would take possession of the house; no reason to tempt the local thieves.

We got a call last week from the buyer’s realtor asking would it be okay for these folks to take advantage of the weekend to start moving in and would we install the A/C unit since they were having the electricity turned on early Saturday morning. This is a young family buying their first home and so we told our realtor to go ahead and supply them with a key and we’d have the A/C unit put in Saturday since there would be somebody at the house to secure the property.

Saturday the A/C unit was installed and the house was nice and cool while I was there replacing the broken window left by the local criminal element. The house was wonderfully cool when the new family showed up with their young children. We had a chance to exchange pleasantries and walk through the house so they could see the progress made on the list they’d presented for repairs.

They were so happy to enjoy the moment as their dream of home ownership began to materialize. I explained that the new grass for the back yard where the pool had been would be delivered the following Thursday because the only sod available that day was below grade “pick over quality”. Since they hadn’t turned the water on as yet putting new sod down would be a wasted effort and they agreed that waiting until Thursday was a good idea.

I left them to begin the process of measuring for window coverings and getting used to their new home.

Sunday afternoon my son went down to finish some drywall patch work. The phone call went something like, “Dad, they took the new A/C unit; it’s gone”. My son has a way of keeping conversations simple. Many years ago I got a call from him, “Dad, do we have a second fire extinguisher?”, that kind of simplicity.

Apparently the new family hadn’t bothered to have the water turned on so they decided not to start moving in until Monday. They called their realtor who called our realtor; but the new A/C unit, the one that had already been installed and worked; well the A/C unit didn’t put up much of a struggle when the local thieves carted it off, and they took the original box it came in too.

The only reason we’d installed it prior to closing was to accommodate the new owner’s schedule for move in; what do you say to folks who don’t appreciate you did them a huge favor by letting them move in prior to closing? They didn’t offer to split the cost and it never crossed their minds to consider I’d installed a fairly expensive piece of equipment just to make their lives more comfortable.

Did I mention that my homeowner’s insurance policy has a $1400.00 deductible per claim? Yea, do the math and you can see making a claim won’t help since each claim makes your insurance rate go up.

Sunday evening we all got together down at the house to consider how to proceed; their realtor, my realtor and even the police officer who made the theft report. Their realtor kept demanding a new A/C unit be installed prior to closing (did I mention that closing was Monday morning at 10:00am?). Their realtor then demanded the house be professionally cleaned prior to move in.

Lucy and I had planned to clean the house ourselves after all the drywall work had been completed; that dust from repairs settles on everything. Something in their realtor’s tone of voice, her attitude of demanding this, demanding that; well it rubbed me the wrong way.

Thank goodness my realtor was there and stepped up to the line, explaining the reason the A/C unit was put in prior to closing was on account of a request from the buyers to start moving in early. There was a moment where I had to bite my tongue and walk outside to keep from handing their realtor a real piece of my mind. There’s a term for this type of woman, it rhymes with Witch.

“Well how can we convince the lending firm to release funding without knowing the A/C works?” The conversation went down hill from there as the official Walk Through became a sticking point, “We can’t release funding until we know the A/C unit was installed and works properly”.

I think there’s a law against leaving dead realtor carcasses rotting on the driveway. I’m glad I keep a shovel handy just in case the need for a shallow grave pops up. She’d never be missed and it might help the new grass in the backyard; that new grass where the kid’s pool had been could use some of the fertilizer she was spreading.

Interestingly, closing was to proceed as planned, 10:00am on Monday.

We got a call from our realtor asking to go down to the house an hour prior to closing for a final walk through. They had a representative from the lender present to verify the house was ready to be transferred, that all repairs had been completed and so on. He asked about the A/C unit at which time I explained the unit would be installed just as soon as closing was completed and funds had been released.

You’d have thought I was holding him up at gun point. “Well, we can’t release funds until the job has been inspected.”
My words, “I don’t do business with unreasonable people. Either we close as planned, the A/C unit gets installed and you can check its efficiency later or we don’t; but I’m not putting in another A/C unit until we close.”

Their realtor started to play games, demanding a completed installation; but I stopped her mid sentence. I told her, “This is unacceptable”, and went outside, leaving my realtor to explain how the cow ate the cabbage. A little while later they all came outside and said closing was still on for 10:00am; but would we paint over the patch repairs inside the house… No, painting the house wasn’t part of the deal and we’d been told the buyers planned to do the inside with a different paint scheme because they didn’t like the light green and blue.

I called Lucy to let her know I was on my way home to pick her up so we could get to the closing. I ‘vented’ my frustrations, mostly the attitude of the other realtor’s demanding ways. The fifteen minute ride home permitted me to relax and prepare to move on with closing.

As we were about to leave for closing the phone rang; our realtor let us know closing wasn’t going to happen; the buyers had backed out. She reminded the buyers that they’d forfeit their earnest money so it will help cover some of the cost for the second A/C unit, the A/C unit we’d put in to make life easier for the new buyers.

Lucy and I looked at each other and we had the same kind of relief; not a major let down as we thought we might have had, as we should have had; but a feeling a mild relief. We found that remarkable.

In the movie, City Slickers II, after our heroes wandered all over hell and back only to find the treasure they’d sought was only a box of gold painted lead; that moment when they felt foolish for having spent so much time chasing after a worthless box, they looked at each other and commented, “You know, I really don’t feel as bad as I thought I should…”, that moment.

I don’t think we were supposed to sell the house, at least not to this family and certainly not with the realtor these folks had picked to represent their interests. I don’t like doing business with unreasonable people; which reminds me…

I have a very nice house that was put on the market a few minutes ago. Reasonable people may contact; Ellen Mangrum with Stay Realty 281-761-1633. (free plug for Ellen)