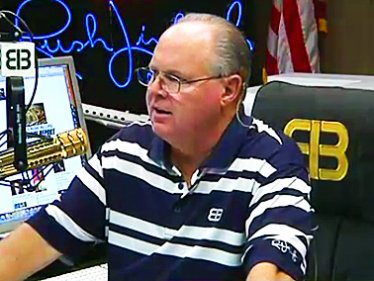 Traveling down I-95 headed home to Florida from visiting Mary and my parents in Maryland and West Virginia, I found myself yelling in frustration at my radio. Rush Limbaugh asked who gives the Left power to silence opposition, control speech, get people fired or ordered into sensitivity training? Rush rattled off numerous examples to prove his point including a mere 50 leftist student protesters at Rutgers successfully forcing Condoleezza Rice to back down from giving their commencement speech. http://bit.ly/1jEoPN6

Who gives the Left such power? I yelled, “We do!”

By the way, while in the West Virginia, I attended Mary’s dad’s 82nd birthday party. Many family members were in attendance. We had a wonderful time of laughter and love. I was the only black person. There was not the slightest vibe of racial tension in the air. I believe such is the state of race relations between a majority of Americans, except for those who despicably promote racial division for personal and political gain (Democrats).

Back to Rush’s question. Who gives the Left so much power? Much of the Left’s power comes from the mainstream media which is mostly liberal and totally in sync with the Democratic party’s socialist/progressive agenda. The MSM functions as the Left’s “hit men” ready to high tech lynch any and all challengers.

We can not do much about that. But, we can control our response. While I have written about this on countless occasions, my points bear repeating. Stop allowing the Left to set the rules of engagement and stop helping them beat up on our challengers.

When people on our side (conservatives) misspeak, misquote a stat or make a clumsy innocent comment, I will not sing in harmony with the Left’s choir; calling the conservative an idiot — nor will I submit to the Left’s demands that the targeted conservative be denounced. To do so is, in essence, providing aid and comfort to our enemies.

Frustratingly, both sides of the political street expect conservatives to be as perfect as Jesus Christ. Meanwhile, Democrats are permitted to make any cruel, evil, outrageous or unsubstantiated claim necessary to further their cause. Heck, Obama repeatedly told the American people a bold face lie to pass Obamacare http://bit.ly/1bIzuBy, for the most part, without consequence.

While we function in a state of constant fear that a conservative may utter a single word for the Left to take out of context to use against us, Democrats’ rules of engagement allows them to boldly function from the position that no tactic is too low in their quest to defeat conservatives and implement the socialist/progressive agenda. Therefore, Democrats consider lying to the American people, millions losing their health care, denying medical care to kids with Cancer http://fxn.ws/1fynC8W and slandering millions of decent patriotic Americans in the Tea Party all fair game.

For example. Remember when Congressional Black Caucus Rep Andre Carson made the irresponsible outrageous claim that the tea party would like to see blacks “hanging on a tree”?

http://bit.ly/1g3QoiR Where was the push back from the MSM and calls for Democrats to denounce Rep Carson? Democratic Rep. Alan Grayson sent a fund-raising email claiming that the “T” in tea party stands for the burning cross of the KKK. http://fxn.ws/1oM7NfR Why did we not see the same pressure and 24/7 coverage the MSM applies to Republicans; demanding that Grayson apologize and calls for Democrats to denounce him?

The MSM embraces the claims of Democrats, who have never attended a single tea party, that the rallies are the equivalent of KKK meetings. As a black who has attended over 400 tea parties nationwide, the MSM rejects my on the scene eyewitness report to the contrary.

Remarkably, after five years without evidence proving their accusation to be true, the Democrats and MSM have doubled down on their claim that the Tea Party, the Republican party and all opposition to Obama is motivated by racism.

Our side has been advised to surrender to the Left’s branding of us and implement our own Democrat-lite versions of the Left’s agenda to prove that we are not racist – illegal immigration, denounce the repeal of Obamacare and exempt minorities from showing a photo ID to vote to name a few. So this is where we are – allowing Democrats and the MSM to dictate how we are allowed to fight; what we can and can not say – which battles we are allowed to fight.

And yet, we eagerly rush to blogs and media microphones to beat up on our courageous conservative freedom fighters whenever they make a mistake.

Sarah Palin is a prime example of which I speak. Say what you will about Pailn, but from day one, she has been an unwavering bold, strong and committed voice, pushing back against the tyranny of the Obama regime. Now, do you think I would ever help the Left beat up on Sarah? Borrowing a phase I heard my patriot brothers and sisters say while in New Jersey, “Forget about it!”

Then, there is Cliven Bundy. While Bundy may or may not have had all his legal ducks in a row, or knew how to deal with a hostile media, I tip my hat to the man. Bottom line, Bundy knew government was hijacking more and more of our freedoms and said, “No!” That takes guts folks because history confirms that “freedom ain’t free”. Bundy is paying a price that many are unwilling to pay. Many sheepishly go along with the program (the government incrementally taking over every aspect of our lives) rather than risking an IRS audit or a bogus reason to be thrown in jail.

Who gives the Left their power? We do, every time we surrender.

While visiting in Maryland, I was blessed with another cherished chat with my dad who just celebrated his 86th birthday. His mind is as sharp as ever. Praise God! Dad is Chaplin emeritus for the Baltimore City Fire Dept. He only speaks at special events.

Dad said he was called on the carpet by a department official after a recent event. One highly offended individual at the event complained that dad ended his prayer with, “in Jesus name”.

Dad told the official that he could no more deny Jesus than he could deny that he is black. Note, Dad did not apologize, beg for forgiveness or vow never to do it again. The official let it go.

Who gives the Left their power? We do.

James O’Keefe: Congress Has Contacted Me Over My Latest Anti-Fracking Sting