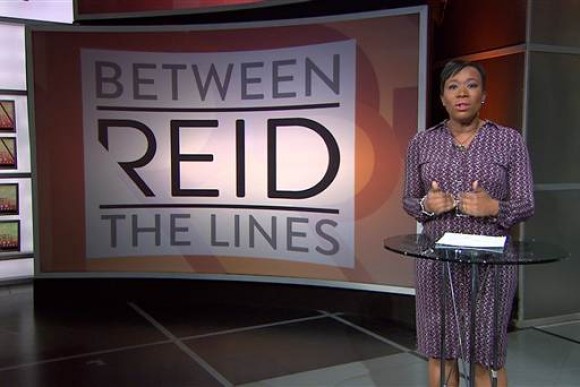 We are pleased that MSNBC has finally taken notice of the Citizens’ Commission on Benghazi (CCB), but certainly not surprised at their failure to report on the Commission’s findings. Instead, they attempted to smear the Commission by suggesting sinister motives for one of its members, when the truth is something very different. In a recent column, I argued that MSNBC and their new website have essentially become a “Vote Democrat” haven akin to The Huffington Post.

Underlying MSNBC’s reporting is the notion that Benghazi is not a real scandal, which ties directly into the administration’s narrative. Press Secretary Jay Carney called Benghazi one of several phony scandals last July, and this argument has been consistently furthered by progressives unwilling to support any investigation that would potentially pose a problem for Hillary Clinton in her 2016 presidential run, or for President Obama while he retains office.

Thus, we have Politico reporting last Wednesday that “Hillary Clinton’s world was so worried about a Republican investigation of the Benghazi attacks, they sent a message to House Democrats: We need backup.” Due to this pressure, the Democrats, through Pelosi’s leadership, decided to participate in the Select Committee on Benghazi instead of condemning it as a partisan charade from the sidelines.

This should have been an obvious choice: the tragedy demands answers, and our Representatives have a civic duty to search for them on behalf of the American people. That was also why Accuracy in Media founded the Citizens’ Commission on Benghazi, to search for truth outside the Congressional process, which has, to date, been fragmented and partial.

In a recent broadcast on her daily MSNBC show, Joy Reid put Democratic Representative Linda Sanchez (CA) on the defensive for joining her four colleagues on the Select Committee, asking whether Democrats were legitimizing Republicans’ fundraising efforts and partisan politics by participating. “And so, as lawmakers on both sides meet to discuss their strategies, the question is: ‘Did the Democrats’ decision to join just elevate Republicans’ Benghazi circus to the big top?’” Reid asked, referring to the Select Committee as a “Kangaroo court” twice, and also as a fundraising circus. Apparently, she only invited Democrats onto her show to talk about it.

MSNBC hosts are playing partisan politics, as usual, and trying to encourage the Democrats to protect President Obama and Clinton by not participating in the hearings. Rather, as Joy Reid says, they should be going to the microphone and attacking the Republican witch-hunt. The same issue was raised on several other MSNBC shows as well. Is it really this supposed news organization’s job to advise the Democrats on political strategy?

“Ah, yes, the American people,” commented Reid, a former staffer to then-Sen. Obama in 2007, on her show. “The ones who have decidedly not been clamoring for yet another Benghazi investigation. Except, of course, on the far right, where Benghazi will soon go from a pet obsession of the GOP base, to [what] Republicans certainly hope will be a summer blockbuster, complete with major fundraising at the box office and bankable stars on the witness stand…”

In reality, a majority of both Democrats and Republicans have demonstrated an interest in getting to the bottom of Benghazi, but that fact didn’t interest Reid.

Reid referred to the CCB as, among other things, a bunch of “conspiracy theorists;” her source was clearly the fringe, left-wing group, Media Matters, which published a piece after our recent press briefing disparaging the background of the former CIA officers and retired military officers serving on the Commission. It did not address the findings of our report, and neither did MSNBC in its own broadcast. What they should look at is our Interim Report and the findings of the commission. If they want to attempt to refute our findings instead of attacking our reputations, go ahead. We welcome it.

Media Matters, MSNBC, and the mainstream media are thus doing what they accuse a member of the CCB, former Congressman and retired Colonel Allen West, of doing to Representative Tammy Duckworth (D-IL): shaming another’s reputation instead of looking at the facts. But in their case, they are wrong.

MSNBC Host Andrea Mitchell had earlier in the day asked Rep. Elijah Cummings (D-MD) for his response to West without imparting West’s entire statement to him. She said that West was questioning Duckworth’s “loyalty,” implying her loyalty to the country. Here was Mitchell’s comment: “Allen West, a former member of Congress and now a Fox contributor, has questioned the loyalty of Tammy Duckworth, who’s one of the members for this committee, [and] said that he wonders where her loyalties lie.”

Clearly that was not what he was saying. At least Joy Reid read the entire statement for her viewers, but she then ran the outraged response of Rep. Cummings as if he had responded to West’s actual statement, rather than to Mitchell’s deceptively edited version of it.

But both ignored what West actually meant. “And the last person, Tammy Duckworth, you know, I just don’t know where her loyalties lie,” said West during a radio broadcast analysis of all five Democrats appointed to the Select Committee. “You know, for her to have been a veteran, a wounded warrior for the United States Army, she should know that this is not the right thing. And hopefully, you know, she will remember the oath of office that she took as an Army officer and not the allegiance I guess she believes she has to the liberal progressives of the Democrat Party.”

West clarified his meaning for Politico: “I hope her oath of office as a commissioned U.S. Army Officer outweighs allegiance to the Democrat Party. Each of the other four Democrat members have already made disparaging comments about the select committee, which leads me to believe they have orders to be obstructionists and not seekers of truth. I pray that former Army Major Duckworth will uphold the highest standards of honor and integrity.”

The left, in particular, went wild over West’s comments, and some outlets produced headlines such as “Allen West rips double-amputee veteran Tammy Duckworth for joining Benghazi panel.” Rep. Duckworth’s physical condition has nothing to do with the matter.

If Democrats continue to take advice on politics from MSNBC, or other liberal outlets, the partisanship they claim to be so offended by might help prevent the public from finding out the truth about Benghazi. Maybe that’s the idea!