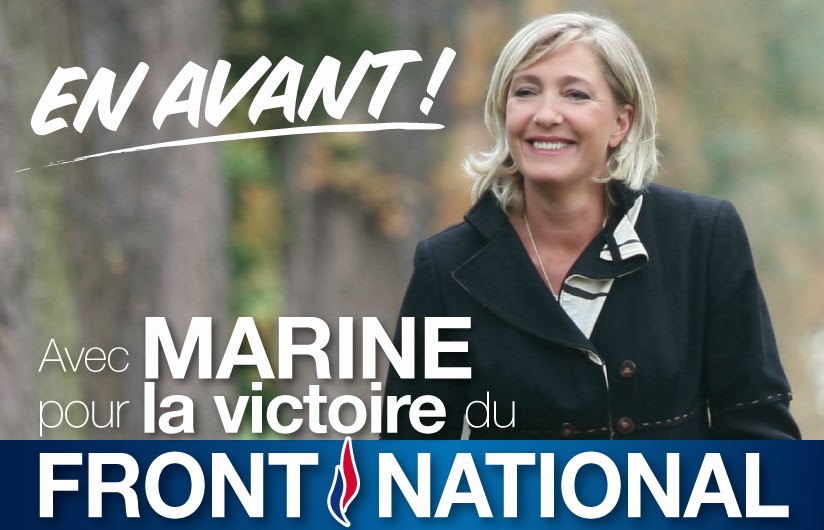 The conservative National Front Party has topped the polls in France as countries across Europe turned to patriotic and anti-EU parties. Exit polls suggest the anti-Muslim immigrant party led by Marine Le Pen took more than a quarter of the vote, pushing President Hollande’s Socialist Party into third place with just 13 per cent.

UK Daily Mail (h/t Maria J) It is the first time the party – which wants to cut Muslim immigration drastically and reduce the influence of Islam – has come first in a nationwide election in its 40-year history. Projections show it could take 25 of France’s 74 European Parliament seats.

Prime Minister Manuel Valls said it was ‘a political earthquake in France’ and ‘a very grave moment for France and for Europe’, while ecology minister Segolene Royale said: ‘It’s a shock on a global scale.’ 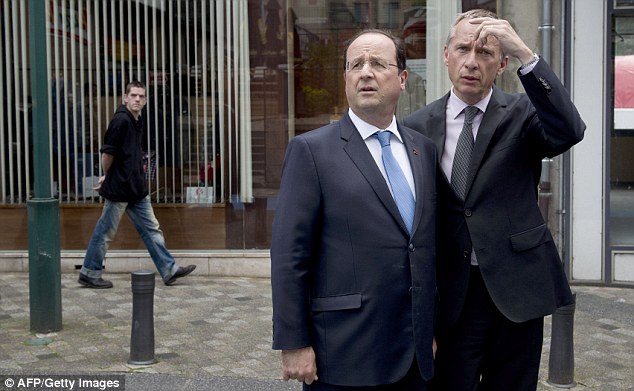 It was the most striking of a number of successes for far-Right and anti-EU parties. Chillingly, there were signs a neo-Nazi candidate for the NPD party could be elected in Germany, giving the far-Right a foothold for the first time in decades.

The National Front came a full 11 percentage points ahead of the ruling Socialists in the vote. Miss Le Pen hailed a ‘historic victory’, saying: ‘The sovereign people of France have spoken loud and clear.’ 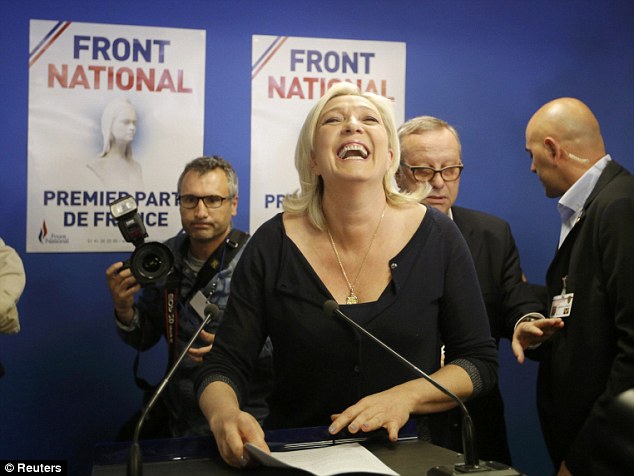 She called on President Hollande to dissolve the government and call elections. She added: ‘The people have taken back the reins of their own destiny. This means policies of the French, for the French, by the French. They do not want to be ruled from outside.’ Miss Le Pen, 45, took over the party founded by her controversial father, Jean-Marie Le Pen, in 2011.

She claims to have detoxified it, taking it away from its racist and anti-Semitic roots. She called the EU public enemy No 1, and insisted she is no longer a mere loudspeaker for protest voters. She said: ‘The EU nowadays is like the old Soviet Union – it can’t be improved. ‘We need to let it crumble and build after it a Europe of free and sovereign nations.’

In Germany Udo Voigt, leader of the anti-immigrant National Democratic Party, campaigned on slogans such as ‘Money for granny instead of Sinti and Roma’ and ‘the boat is full’. 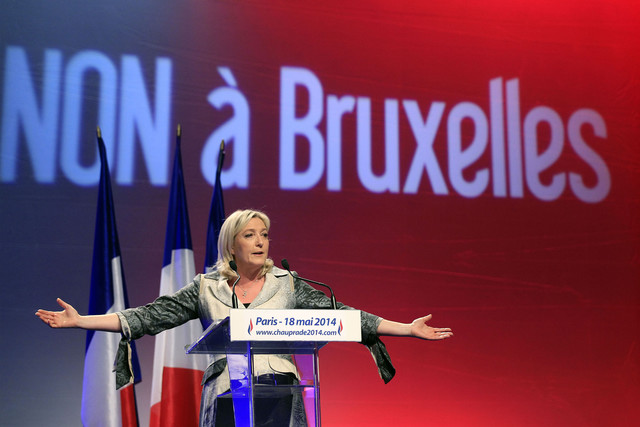 BUT THAT’S NOT ALL

GREECE: The anti-EU Syriza party topped the poll with 27 per cent of the vote and the extreme Right Golden Dawn looked set to enter the European Parliament for the first time, with three seats and 9 per cent of the vote. The party came third overall in Greece.

Up to a third of voters across Europe were expected to opt for fringe parties opposed to the very institution of the EU in the European Parliamentary elections. A surge in Euroscepticism led to an increased vote for protest parties – mirroring the impressive showing by Ukip in Britain. The extreme nature of many of the parties will cause deep concern.

GERMANY: The anti-Brussels AfD party, which wants to stop using the euro, could get six MEPs, a huge blow to established parties which championed the currency and have branded AfD an unelectable mix of academics and nationalists.

RISE OF THE EUROSCEPTICS: MOVERS AND SHAKERS IN THE EXIT POLLS