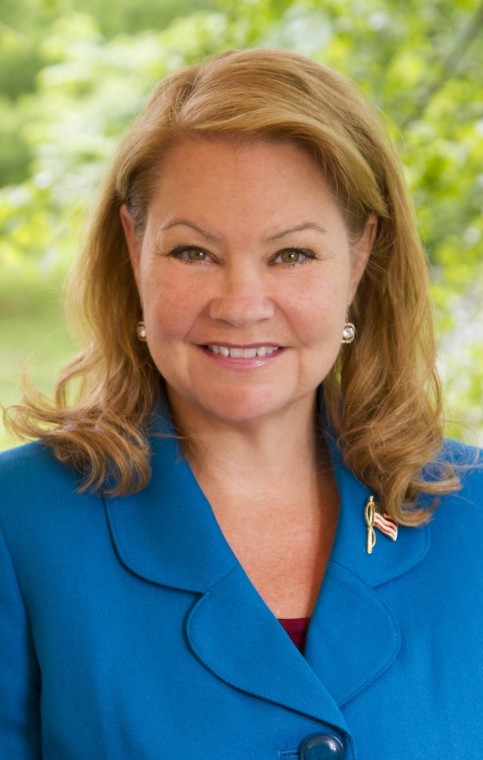 This weekend, the state convention will decide if State Senator Julianne Ortman will climb the next step up the ladder to the August 14 primary to become the Republican U.S. Senate nominee to ultimately defeat toxic flaming-liberal Democrat Al Franken in the general.

The battle between Franken and Ortman really comes down to slavery vs freedom.

Here are a few examples. As a loyal enforcer for our supreme imperial dictator Barack Obama, Al Franken cast the deciding vote for Obamacare which is a huge iron-fist take-a-way of our liberty and freedom. Ortman will fight to repeal Obamacare and rely on a state model like MNCare.

These are just a few of the issues Ortman deals with in her Turnaround Plan. When you compare Ortman’s agenda with Franken’s, it is quite obvious that Franken is one of King Obama’s many overlords along with the IRS, DOJ, NSA and other governmental agencies, all working together in concert to keep We the People slaves in check.

Let us not forget that Franken demanded that the IRS harass conservative and Tea Party groups, lest we patriots escape from Obama’s unprecedented intrusive all-powerful and all-controlling big government plantation. http://bit.ly/1mBRRNd

In terms of their war-chest, we are talking David vs Goliath. As of March 31, Ortman has a little over $600 thousand compared to Franken’s $6 million.

I am chairman of CCC (Conservative Campaign Committee). Our seemingly impossible mission which we have passionately chosen to accept is to travel the country launching independent expenditure campaigns to help conservatives get elected in key House and Senate races. On several occasions, we have faced the challenge of first defeating the GOP’s anti-Tea Party establishment candidate before taking on the Democrat. Ortman for U.S. Senate is one such race.

Ortman is an extremely bold, brilliant and capable fighter for conservative principles; a student of Minnesota for 14 years. She has built/earned confidence and public trust, proclaiming that she has taken 14 years of public votes.

Ortman says, “It has become all too clear that Washington is broken and that it no longer serves anyone but itself and monied special interests.” She added, “We need more Minnesota in Washington and less Washington in Minnesota.”

I had the pleasure of hearing Sen Mike Lee speak in an intimate setting. Sen Lee explained how vitally important it is to send conservatives to Washington. He explained that the impact of every additional conservative extends much further and is far greater than just one more vote. It encourages, strengthens and empowers their ranks.

Ortman will be a tremendous asset to our “good guys” fighting Obama-ism in Washington. So folks, whatever you can do to help push Ortman across the finish line is a victory for freedom over slavery. http://bit.ly/1kIOJz4

The choice is clear. Freedom and liberty through Ortman vs ever-increasing slavery through Franken.