In essence, Obama didn’t release 5 Islamic terrorists. It appears that he freed 6. 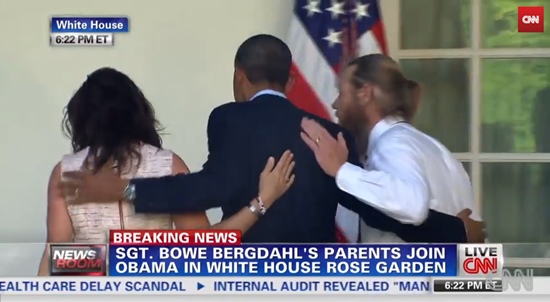 There are so many crimes committed by Obama and his syndicate that choosing a few for any column is–almost–a monumental task. For example, Obama does not uphold many US laws…if he doesn’t like them. In most Presidential Administrations this–in itself–would be considered a crime. In the Obama syndicate, however, it isn’t even a blip on the country’s radar…and certainly not worthy of the now Marxist Media’s attention.

Actually, almost no crime committed by Dictator-in-Chief Obama and his growing criminal syndicate appears to attract much interest–at all–from the traditional (aka totalitarian-supporting) US media. The only thing important to the media has been protecting one of their own–Obama–whom they view as being a Marxist; something the American press has strangely loved for decades and who will destroy the golden goose USA that has allowed them to spew their bile. Note: On the Left, stupidity seems to have no perceptible boundaries.

The latest Obama misadventure into the dark side involves both the US Veterans’ Administration and a documented deserter from the US military Bowe Bergdahl. 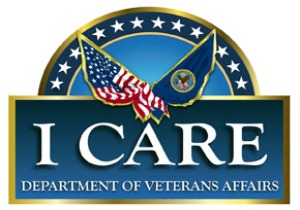 Employees of the V.A. were expected to make appointments with doctors for veterans (who had called in request them) within a 2-week period. If that didn’t consistently occur, these employees would not receive their bonuses for “good scheduling.“ The V.A., in multiple locations nationwide, then began to place Vets who called in on “select lists” which have now been proved to be death sentences.

Thus far, between 40-100 Vets’ deaths have been reported as likely attributed to their never being able to obtain an appointment with a doctor at the V.A.

This is the V.A.’s version of “death panels”…death panels which were, by the way, illegally added back into ObamaCare after the Orwellian bill was passed. The V.A. employees were caught placing our veterans on secret lists that disallowed them from receiving any treatment at all. Why? Because , if they hadn’t done so they might not have received those bonus checks! Veterans’ lives were lost for V.A. employees’ bonuses…and they knew it.

Muslim Deserter Hailed as a Hero 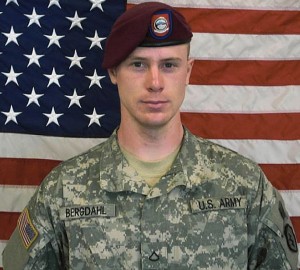 First and foremost–surprise surprise–Obama broke the law, yet again. This time, it was actually a law that he signed last year advising that he must give Congress 30 days notice of any and all prisoner releases from Guantanamo Bay. Note: I suspect as he signed the law, into existence Obama now believes he can “unsign” it.

This is bad enough but, even worse is the fact that he released the 5 worst prisoners from the prison…the cream of the Taliban Terrorist crop. And why you may ask? For the Taliban to release a US soldier whom it had “captured” and “imprisoned.” The reason for the italics is the following. The “prisoner”–aka Bowe Bergdahl–was a deserter from the US military who wanted to be recruited by and was looking for the Taliban On 30 June 2009 when Bergdahl likely hid away in a delivery truck, he left a note saying that he had become disillusioned with the Army, did not support the American mission in Afghanistan and was leaving to start a new life. He, also, is reported to have said that he relinquished his US citizenship.

Obama’s military is refusing to release the letter that others reporting on this have already seen. Bergdahl is also said to have converted–voluntarily–to Islam. However, considering his parents; performance with their good friend Obama last Saturday, its likely that he was already a Muslim. The father’s beard is long and trimmed in the manner of a devotee of an Islamic faithful and, speaking in Arabic, as Liberty News reports the elder Bergdahl stated: “Bismillah ir-Rahman ir-Rahim” —which means “In the name of Allah, most Gracious, most Compassionate.” After Bergdahl finished his statement [which also denigrated US policies and the US military’s actions in Afghanistan] and his praise for Allah, Obama hugged him.” So, it appears that Bowe’s parents are Muslims and faithful to the Taliban cause. Can a US soldier who wants to renounce his US citizenship and leaves his post via desertion even be one of the ‘good guy’s at all, let alone the “hero“ that the Obama syndicate is working to push on us? No…not even close.

So, what do we have here? A dictator who used a willing and likely Taliban-trained Bergdahl–who had been waiting in the wings for 5 years for just this moment in time as the catalyst to trade prisoners for a soldier; albeit one who has dishonored himself. In essence, Obama didn’t release 5 Islamic terrorists. It appears that he freed 6.

Ed Begley, Jr.–recently caught in his own dishonorable and anti-American admissions by James O’Keefe–may have said it best: “Perhaps Hollywood is not as genuine as it seems. Washington and Hollywood are a lot alike; illusions, special effects, smoke and mirrors.” That certainly sums up Obama’s false flag events and the way he and his syndicate are running the country. In the end, I suspect that Obama’s legacy will be one of lies, slight of hand and as the bringer of tremendous suffering to those he was hired to serve; that and very possibly as the worst totalitarians in history. Humans are, quite obviously, not Obama’s favorite sort of beings.

VA Scandal: How a General Lost Command:
at article.wn.com

NYT: Bergdahl left a note saying that he was deserting:
at hotair.com

One thought on “Barack Hussein Obama Legacy: Enemy to Humankind”